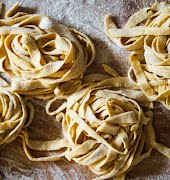 Let’s take a quick look at how the Spears family have been getting on since November 12, when Britney was freed from the conservatorship that controlled every aspect of her life for 13 years, from the IUD forcibly implanted in her body to the colour of her kitchen cabinets.

First up, Jamie Spears, Britney’s dad, who according to Britney’s court statement last June, orchestrated the whole conservatorship. In her own words, “my dad was all for it. Anything that happened to me had to be approved by my dad.” The next court hearing on January 19 will be addressing his request to have his legal fees paid for by Britney Spears, which Britney’s lawyer says is “shameful.”

“Mr. Spears reaped many millions of dollars, while paying his lawyers millions more, all from Britney’s work and hard earned money,” Britney’s attorney Mathew Rosengart told Vulture. “The conservatorship has been terminated and Mr. Spears was suspended ignominiously. Under the circumstances, his petition is not only legally meritless, it is an abomination. This is not what a father who loves his daughter does. Britney poignantly testified about the pain her father caused her and this only adds to it.” Rosengart added: “This request is shameful.” According to Vulture, Jamie argues that Britney should still be required to pay his legal fees because he is working to assist with the complete winding down of the conservatorship so that “Britney can take control of her life as she and Jamie desire.”

Next up, Lynne Spears, Britney’s mother. According to Page Six, Britney is refusing to see her. In a since deleted Instagram post, Britney wrote that, “my dad may have started the conservatorship 13 years ago … but what people don’t know is that my mom is the one who gave him the idea !!!! I will never get those years back.”

“She secretly ruined my life … and yes I will call her and [business manager] Lou Taylor out on it. So take your whole ‘I have NO IDEA what’s going on’ attitude and go f–k yourself !!!! You know exactly what you did.”

“My dad is not smart enough to ever think of a conservatorship.”

Like Britney’s father, Lynne also filed a petition asking for more than $650,0000 in legal fees from the conservatorship battle, asking in court documents that Britney’s pay her attorneys, who she says she has hired to “help Britney free herself from what she saw as a very controlling existence.”

And finally, Jamie Lynn Spears, Britney’s sister, who Britney has unfollowed on Instagram and repeatedly appeared to call out. Last summer, Jamie Lynn went live on Instagram amidst a wave of criticism on social media for being silent over her sister’s conservatorship to say that she “only loved, adored and supported” Britney.

At the time, Britney wrote in an Instagram post, “how dare the people you love the most say anything at all … did they even put a hand out to even lift me up at the TIME !!!??? How dare you make it public that NOW you CARE … did you put your hand out when I was drowning ???? Again … NO.”

In another Instagram post, Britney wrote, “I don’t like that my sister showed up at an awards show and performed MY SONGS to remixes !!!!! My so-called support system hurt me deeply !!!!”, referencing a 2017 performance by Jamie Lynn at the Radio Disney Music Awards where she performed a medley of Britney remixes.

So how has this family member been cashing in on the name of her sister since November 12? By doing press for her new book, originally titled I Must Confess, but retitled to Things I Should Have Said after backlash to her trying her hand at the family business of profiting off Britney. Here are some things she should not have said, on her two part interview on Good Morning America and Nightline this week.

While promoting her book written about her sister’s trauma, Jamie Lynn said “I’ve always been my sister’s biggest supporter, so when she needed help, I set up ways to do so.” She says that she made an effort to help Britney get free from the conservatorship, saying “I went out of my way to make sure that she had the contacts she needed to possibly go ahead and end this conservatorship,” including speaking to Britney’s previous legal team, but that “did not end well.”

Jamie Lynn, who was added as a trustee of Britney’s estate in 2018, says that she “didn’t understand what was happening.” In documents obtained by The Blast in 2020, Jamie Lynn was requesting that the court approve investment advisers to create “blocked accounts” to hold all of her sister’s assets, but told Good Morning America that she “understands just as little about it then as I do now.”

“There was a time where my sister asked me on her trust and will if I would be the person who was sure that her boys got what she needed,” Jamie Lynn explained. “Whether she was in a conservatorship or not, that was a very normal thing, I thought. Once I realized that I didn’t want to be a part of it until she was out of the conservatorship. There was no me overseeing funds or something like that. And if that was then, it was a misunderstanding. Either way, I took no steps to be a part of it.”

Through invisible tears, Jamie Lynn says “that love is still there. One hundred percent. I love my sister. I’ve only ever loved and supported her and done what’s right by her, and she knows that, so I don’t know why we’re in this position right now.” If only there was someone she could ask?

Editor’s Welcome: the Autumn/Winter 2022 issue of IMAGE Interiors magazine is out now