Enjoy a good plot and take some design notes while watching these films with gorgeous home interiors.

So you’ve binged watched all that you had on your Netflix list while you’ve been working from home. Maybe you even finally got around to finishing The Crown and you’re on the hunt for something else to fill your time. But it still needs to be as aesthetically pleasing as Buckingham Palace and Balmoral. That’s not asking too much, is it?

The Crown‘s sweeping room shots, ornate ceilings, galleries practically toppling inwards with gilt-framed portraits are undoubtedly spectacular, it’s easy to lose the run of yourself in the detail of the show’s surroundings and then have to rewind to figure out what everyone was saying while you were ogling the high ceilings and plush furniture.

So, where do you turn? There’s always Downton Abbey or Mad Men if you’re still on the TV show buzz, but if something more succinct is what you had in mind, there are plenty of beautiful films out there brimming with interiors ideas.

Watch on and prepare to do a mental redecoration…

If there’s one thing you know when it’s a Tom Ford film ­– it’s that it’s going to be beautiful. From Colin Firth’s unbelievable suits to Julianne Moore’s high-rise hair and make-up, the whole film imbues a daring style, but it’s George Falconer’s (played by Firth) home that steals the show. The minimalist, redwood timber and glass home has both historical presence and yet feels very modern. A Single Man could be a silent film and we’d still be transfixed with Ford’s workmanship. 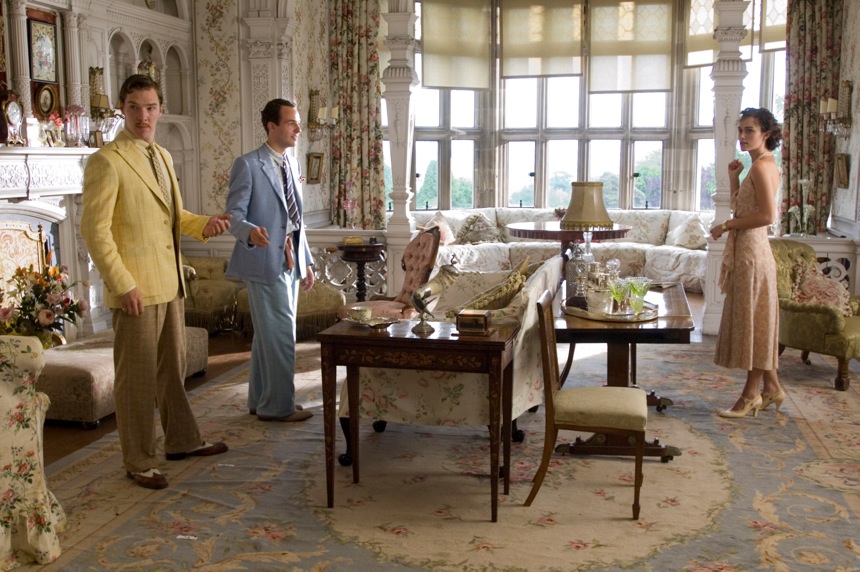 So if you’re determined to stay in the realm of the British elite and aren’t ready to ditch Buckingham Palace for a bachelor pad in the woods, then try Atonement. On top of being a beautiful love story of two people torn apart by class, the Second World War, and the youthful naivety of Saoirse Ronan, the early part of the film is set in the country estate of Stokesay Court in Shropshire. Now all you need to do is tear your eyes away from that green dress. Don’t worry, you’ll know the one.

Anything by Nancy Meyers 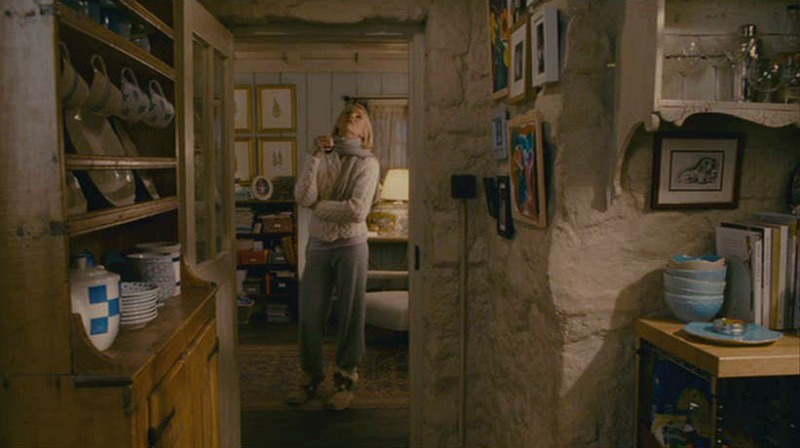 The Holiday, Something’s Gotta Give, Father of the Bride, Baby Boom, It’s Complicated. All directed/produced/written by Nancy Meyers, all featuring the most comfortable yet tasteful homes. Even two of her most-recents, Home Again and The Intern, weren’t great plot-wise but dear god Anne Hathaway’s character’s Brooklyn townhouse and office were gorgeous. 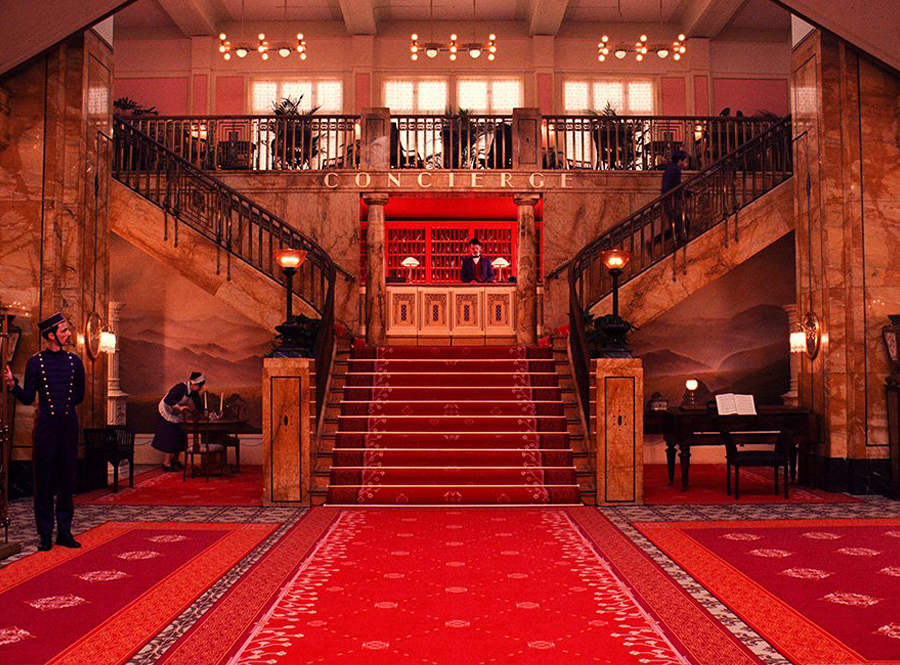 Similar to Nancy Meyers, you could pick any of Wes Anderson’s films and quickly spot his kooky, quirky style. The Royal Tenenbaums is another excellent example, but The Grand Budapest Hotel shows off his true commitment to the visual importance of his films.

Determined to do without CGI, most of this film is hand-built, from the miniature model of the pink hotel to the selection of vintage furniture and font choices. The details give the whole thing a real lived-in quality and a proportional skew that only adds to its charm. 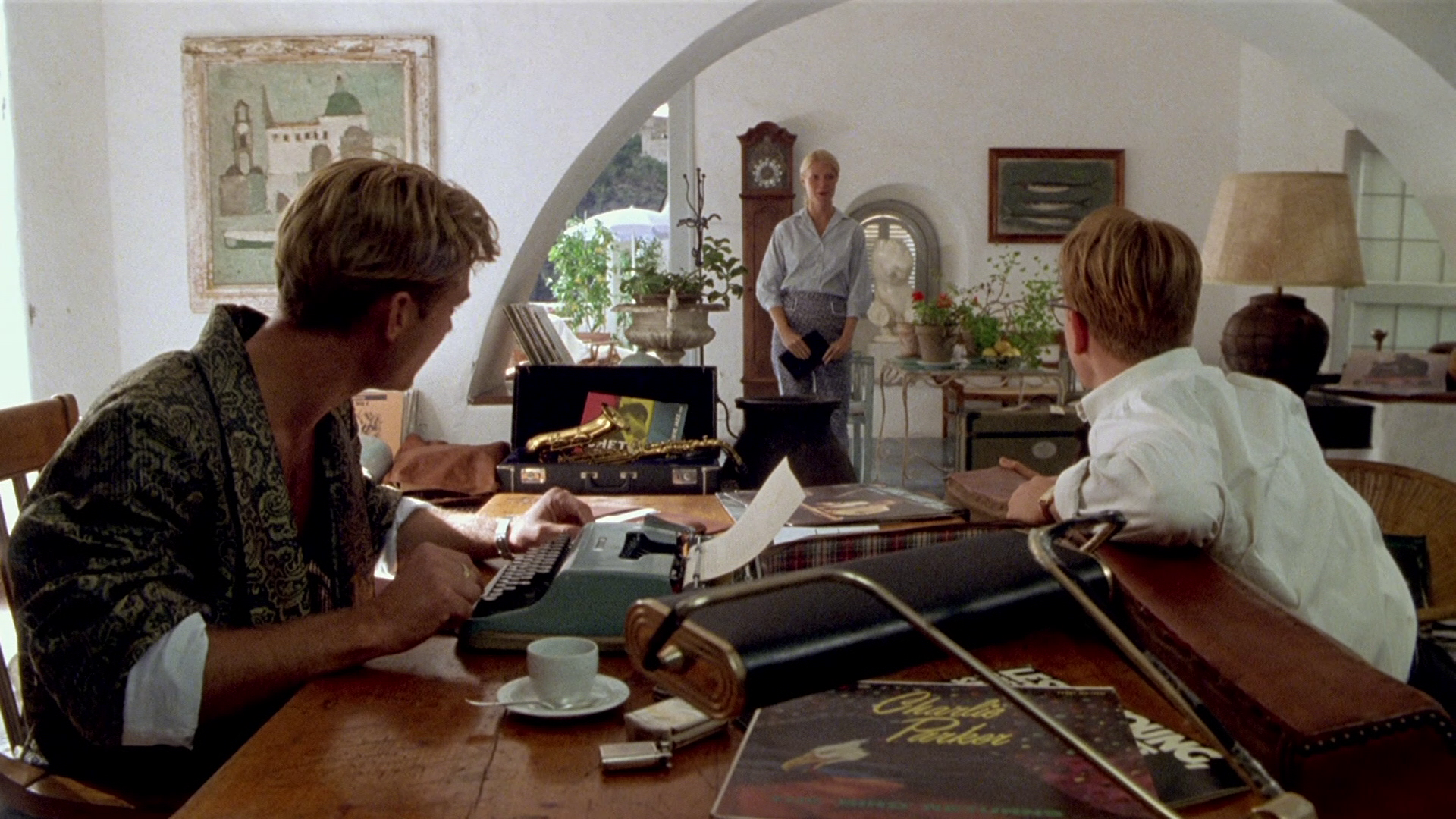 Already planning your next holiday? Better make it Italy because after you watch this film, you’ll want to book flights. On top of all the beautiful piazzas, winding pebbled streets and terracotta roofs, Dickie’s (played by Jude Law) idyllic villa is an education in washed-out linens and vintage wood. Though maybe avoid charming Matt Damon lookalikes.