The world’s leading brands are exploring how their work can interact with emerging technology, and engage new generations.

AUGMENTED REALITY
Digital-only fashion brands, including The Fabricant, DressX and The Dematerialised, all allow you to “wear” their designs through your phone’s camera, or through filters on social media apps like Instagram and Snapchat. Many brands see this technology as potentially useful in allowing customers to “try-on” clothing at home before buying. Brands are also using technology to create an immersive experience for customers in stores. To launch the Louis Vuitton men’s spring/summer 2021 collection, QR codes in flagships produced characters that moved through the space, which people could see and follow through their phone camera. 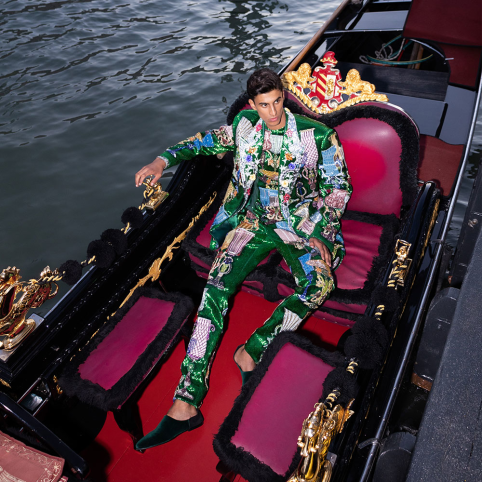 VIRTUAL FASHION
As the idea of the metaverse – a network of virtual worlds – starts to permeate, brands are creating fashion for this space. Designs can be released as digital collectibles or non-fungible tokens (NFTs), which can easily be sold or traded. In 2021, Dolce & Gabbana broke the record for the most expensive suit ever sold, a digital Glass Suit, which sold for almost €1 million, and this year to date, fashion NFTs from brands including Adidas, Nike and Gucci are reported to have generated around €134 million.

GAMING
Luxury brands are embracing the gaming world. Some have created special areas within games that players can visit, such as Gucci Town in Roblox, Gucci Garden in popular South Korean app Zepeto, and Lacoste’s Croco Island in Minecraft, launched alongside a physical collection earlier this year. Others are dressing the in-game characters and avatars, such as Balenciaga has with Fortnite and Louis Vuitton for League of Legends. Both brands have also created their own video games, Balenciaga to launch its autumn 2020 collection and Louis Vuitton for its 200th anniversary in 2021, which contained collectible NFTs.

This article originally appeared in the Autumn 2022 issue of IMAGE.

WIN the ultimate grazing board of dreams worth over €250

Supper Club: This chorizo and bean soup is the perfect winter warmer