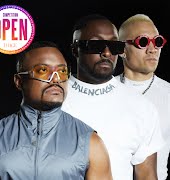 WATCH: the season 4 trailer for The Handmaid’s Tale

“What happens in the next few weeks will determine the future of this country.”

Yesterday, Hulu released the first goosebump-inducing thirty second trailer for season 4 of The Handmaid’s Tale and it proves that four seasons in, the series based on the classic 1985 dystopian novel by Margaret Atwood remains timely as ever.

When we last saw June in Gilead, the totalitarian society formerly known as the United States, we were screaming at our TVs as for the second time she decided not to escape a life of sexual servitude enforced by a totalitarian regime as a last desperate attempt to repopulate a world stricken by environmental disasters and a plunging birthrate.

She had just helped numerous girls escape Gilead on a plane to Canada and was being carried from the woods by fellow handmaids after suffering a gunshot wound.

The Handmaid’s rebellion against Gilead continues this season, but 30 seconds of trailer riddled with flashbacks doesn’t show us much. What we do see, is that, praise be, this season is filled with action as June tries to survive and find the daughter that was taken from her.

“I can’t rest,” says June. “My daughter deserves better. We all deserve better.”

Unfortunately, we won’t get to find out more until season 4 is released in 2021.

Watch the trailer for season four of The Handmaid’s Tale below.

Photography by The Handmaid’s Tale on Hulu.

Read more: Read an extract from skincare guru Caroline Hirons new book on the diet tweaks that will improve your skin

Everything to know about season three of The Handmaid’s Tale