Everything to know about season three of The Handmaid’s Tale

What can we expect from the eagerly-awaited new season of The Handmaid’s Tale? With the release of the first sneak-peek of what’s to come, here is everything we know so far…

We got a glimpse at a first teaser

The Super Bowl gave us a first look at season three with a chilling 44-second teaser. If this feels more like a political ad than a preview of your favourite show to binge watch, it’s because it kind of is; it’s a play on Ronald Reagan’s 1984 reelection campaign.

Where is season three picking up?

*Warning: Spoilers here for those who haven’t seen all of season two! At the end of season two, June had done her duty in providing the Commander and his infertile wife with a child. Both June and Serena Joy knew that as a girl, the baby stood no chance of a decent future growing up under such a regime, and with Serena’s knowledge, June escaped with the baby. At the last moment, June handed the baby over to Emily, a fellow handmaid, to escape, while she chose to stay behind in Gilead, possibly to find her first daughter, Hannah.

Writer Yahlin Chang confirmed that conversations for season three were influenced a lot by very timely events. “We do talk about what to do and we’re all horrified by these family separations,” Chang said, referring to Trump’s border policy that separated migrant children from their parents who entered the US illegally. “We wish that everything we were talking about was made up and not real, for sure. It is very uncanny timing.”

Author Margaret Atwood will continue to develop the characters

As Offred’s storyline continues in season three, Atwood, who started writing The Handmaid’s Tale in 1984 will have a continued role in the script’s development with the author serving as a consulting producer on the show.  This is reassuring and logical as the series has effectively used the bulk of its source material. “I think I will be more involved… because we will be in uncharted territories, so more invention will have to take place, ” she explained to Entertainment Weekly.  Not too uncharted though, as we know Atwood is working on a sequel to the original novel.

Related: Four brilliant Margaret Atwood books to read before the sequel to The Handmaid’s Tale

Showrunner Bruce Miller explained: “She watches every cut and gives us notes when she has time,” Miller said at the PGA’s Produced By Conference last year. “We’re more reluctant to make changes in the world than she is, because she likes exploring different versions of it.” 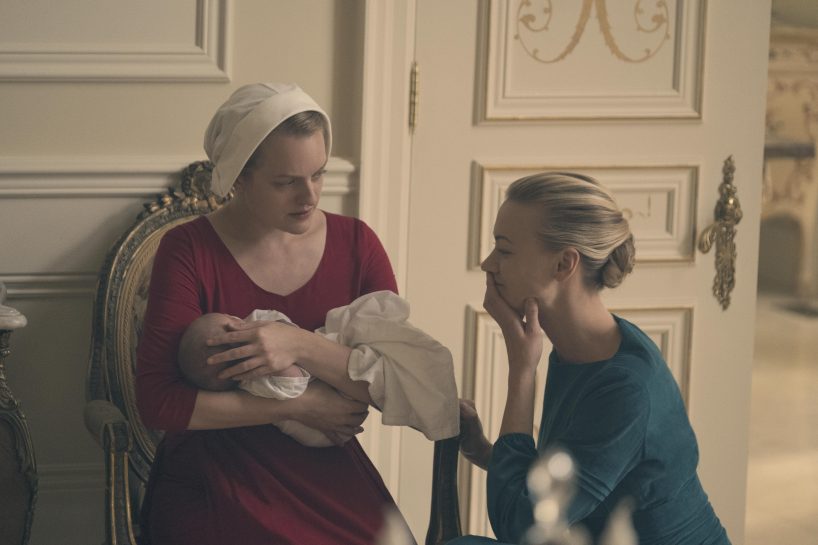 It could premiere in April or May this year

Strictly going on the past two seasons; an official premiere date has yet to be confirmed.

The show could make it to 10 seasons

Imagine! Showrunner Miller told The Hollywood Reporter that he’s “roughed it out” for the show to have 10 seasons. “I see a world beyond [the current one]. I would watch an episode about the Nuremberg trials after Gilead falls.”

Atwood really is writing a sequel to The Handmaid’s Tale

Yes indeed to those who asked: I’m writing a sequel to The #HandmaidsTale. #TheTestaments is set 15 years after Offred’s final scene and is narrated by three female characters. It will be published in Sept 2019. More details: https://www.easons.com/the-testaments-margaret-atwood-9781784742324 pic.twitter.com/pePp0zpuif

In November 2018, Atwood confirmed on Twitter that she’s penning The Testaments, set 15 years after Offred’s final scene in The Handmaid’s Tale book. The sequel, due September 2019, will be narrated by three female characters. “Everything you’ve ever asked me about Gilead and its inner workings is the inspiration for this book,” Atwood revealed in the Twitter video. “Well, almost everything! The other inspiration is the world we’ve been living in.”