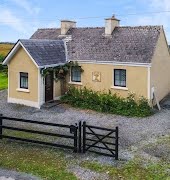 As Ireland braces itself for the arrival of Storm Lorenzo, social media users are busy having fun. Here are some of our favourite, funny tweets about the storm so far

Met Éireann has issued a Status Yellow wind and rain for the entire country from 9 am today. Meanwhile, a Status Orange wind warning will kick in for Galway, Mayo, Clare, Kerry and Limerick from 6 pm this evening.

According to forecasters, Storm Lorenzo (a former hurricane, now extra-tropical storm) is travelling towards Ireland at approximately 70 km/hr. While it’s expected to slow down somewhat as it approaches, it will nonetheless bring storm force winds and heavy rain.

Emergency services have urged people to stay away from coastal areas, to be mindful of falling trees, and to be prepared for possible power outages and flooding.

While we will heed the warnings, many Irish people are also making light of the storm. Twitter users, in particular, are using it as an opportunity to show off their wit.

Rat checks to see if local Applegreen has bread today. He’s just heard it will be gone by Thursday morning. #stormlorenzo #Lorenzo ??? pic.twitter.com/CdycQxKZQi

If/When #StormLorenzo hits, please don’t be surprised when another idiot jumps in the sea! #Ireland pic.twitter.com/p57bI4m4bd

Weather still decent here in Dublin….. Off to work so #stormlorenzo pic.twitter.com/jrU8y8yw9g

Jaysus. Boris Johnson’s border plans are getting a bit out of hand. #stormlorenzo pic.twitter.com/OOIan8Yuwo

On a serious note

All joking aside, Dublin Fire Brigade has advised everyone charges their phones and power banks, as power cuts are likely. They also suggested replaced the batteries in your torch, adding, “if the power goes, use LED candles. not real ones”.

To check the status of power outages in your area, visit esb.ie/powercheck.

“Expect wind-blown debris, slow down and give extra space to other road users, especially pedestrians, cyclists and motorcyclists,” they added, and “Only drive through standing water if you’re sure it’s not too deep for your vehicle.”

Read more: The rain jackets that will keep you looking chic, even when it’s pouring

Read more: 7 Netflix picks to cheer you up during stormy weather

Read more: Storm Lorenzo: Schools on west coast should ‘err on side of caution’