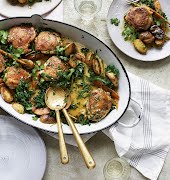 Catch a falling star and put it in your pocket, never let it fade away.

Stargazers are in for a pre-Christmas treat this week as the Geminid meteor shower will light up Irish skies tonight for what many experts describe as the “brightest meteorological event of the year”.

Known to make their yearly appearance every December, the Geminids are caused by floating debris from a celestial object known as the 3200 Phaethon. While the origins of 3200 Phaethon are the subject of some debate according to NASA – some astronomers consider it to be an extinct comet, others argue that it’s an asteroid based on its orbit and similarity to the main-belt asteroid Pallas – they’re easily recognisable given how much denser they are than meteors belonging to other showers.

Expected to peak Monday night into early Tuesday morning, the best time to see the meteors will be between 3 am and 7 am according to Astronomy Ireland. Also asking the public to partake in a nationwide watch for them, all that involves is simply counting the number of shooting stars you see every 15 minutes and sending your final tally to [email protected] after the shower has ended.

No special equipment is needed, and you can look anywhere in the sky – though NASA recommends getting away from bright lights and lying on your back if possible. Be sure to let your eyes get properly adjusted to the dark too as this will help with your night vision (this can take approximately 30 minutes).

As stated above, the Geminids – like all meteor showers – are caused by floating debris. As Earth moves through clouds of dust leftover from comets, the particles fall into our atmosphere and burn up, creating spectacular streaks of light in the sky – more commonly known as meteors or shooting stars. “This shower is named after the constellation Gemini, from which the meteors appear to come from in the sky. If you trace back the path of a Geminid, you will find that it appears to come from a point in the southeast,” a post on the Astronomy Ireland website explains.

Characterised as being very bright and moderately fast, Geminids can reach speeds of up to 35 km/s – which is over 1,000 times faster than a cheetah and 40 times faster than a speeding bullet, just for context. Usually white in colour, they can also appear as other multi-coloured flashes of light too, largely thanks to the trace presence of metals such as sodium and calcium (the same elements used to give fireworks their colours).

Cloudy across much of Leinster & Munster today with patchy rain & drizzle in the southeast????
A lot of dry weather elsewhere with sunny spells developing with just a few isolated showers occurring in the northwest????
Highest temperatures of 5 to 9 degrees?? pic.twitter.com/X0ghoI0Tlw

Unfortunately, viewing conditions won’t be at their best tonight as Met Éireann predicts that cloud cover will push in across the northwest overnight. You might still catch a glimpse if you’re lucky though, so worth sticking your head out the window all the same. For anyone unable to head outside and watch IRL, NASA will be livestreaming the action over on their Facebook page too and you can catch the action from the wee hours (around 2 am) of Tuesday morning.