Burnt orange, wine, and magenta may be the colours of the catwalk this season, but royal blue was undoubtedly the hottest colour to be seen in. ?The unusual uniform donned by photographers – the real silent heroes of fashion weeks around the world – were worn as a mark of respect for the late Bill Cunningham whose work transformed and revolutionised the world of fashion photography.?Photographers were given the blue coats to work in as they began their stint at New York Fashion Week this week. Cunningham,?who sadly passed away earlier this year at the age of 87, wore his infamously blue coat everywhere and has become an international symbol in the?worlds of fashion and photography. It’s thought that Cunningham first displayed the $15 coat after seeing them at a hardware store during Paris Couture Week. 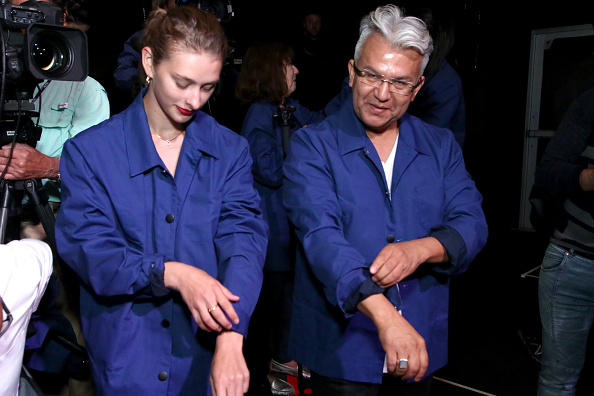 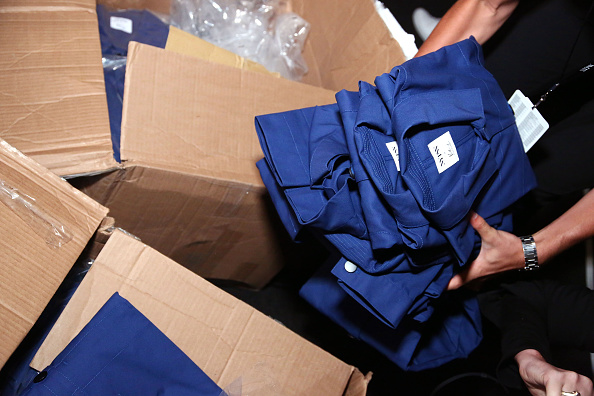 Born in Boston,?Massachusetts, but later moving to New York, Bill Cunningham was a candid street and fashion photographer. The Harvard University dropout had acquired a keen interest in fashion – particularly women’s fashion – ?and began his own milliner under the guise of “William J.” Cunningham was drafted to create hats for the American Army and was deployed to France?where he got his first exposure to french fashion.

On return to the US Cunningham began contributing to fashion journalism; introducing large audiences to designers such as Alaia and Jean Paul Gaultier. He worked at Women’s Wear Daily, The Chicago Tribune, and eventually, The New York Times where he began?what-would-be a 40-year long career and see him become a household name in fashion and photography. The corner Fifth Avenue and 57th Street in Manhattan became known as his “perch” for spotting standout outfits and the women wearing them. The corner was recently renamed as Bill Cunningham Corner after a crowd funding exercise petitioned for the name change – although only temporarily. A permanent tribute is currently being designed. 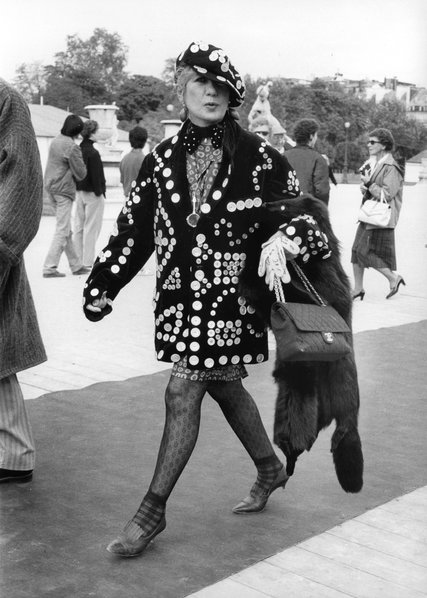 Courtesy of The New York Times

His repertoire of clients includes Marilyn Monroe, Kathrine Hepburn, and?Jacqueline Bouvier and he later befriended top fashion influencers including Anna Wintour, who once commented that she get’s dressed up when she know’s Bill is going to be around. Although no longer with us, Cunningham continues to undeniably influence and inspire fashion and photography, and it is our duty to ensure his memory lives on for generations of photographers to come. The Bill Cunningham documentary is now available on Netflix.?Here’s a clip: