Kefir, kimchi and kombucha: are you cultured in the world of probiotics?

Food trends are forever changing; one second it’s burritos and nacho bowls, the next its sushi and poké bowls. While trends usually fall out of favour as quickly as they fall in, one trend that looks like it’s only going to continue to grow in popularity is full-of-probiotics fermented food and drink.

Thanks to the hype over the last number of years, most of us are somewhat aware of the beneficial role that probiotics and “good bacteria” can have on our well-being at large: improving digestion; strengthening immunity; optimising nutrient absorption; etc. What remains unclear for many people, however, is exactly how we’re supposed to get these almighty substances into our guts so that they can work their magic.

To take some of the pain out of the process we’ve listed out our three favourite fermented food and drinks to get you started. Scroll on to find out how they’re made, why they’re good for you, and where you can get your hands on some.

Kefir is a tangy probiotic drink made using kefir “grains,” which are a yeast/bacterial fermentation starter. Kefir can come in either milk or water form, with the milk version using cow, sheep, goat or coconut milk, and the water version using sugary water or coconut water.

“The word ‘kefir’ comes from the Turk word ‘keif’, which means ‘good feeling’.” This fact makes sense when you consider the part that kefir can play in supporting the immune system and aiding digestion (due to the vast amount of probiotics it contains); fighting against candida (thanks to an insoluble polysaccharide called kefiran); and helping the body to absorb large amounts of nutrients, especially calcium which is of particular interest to osteoporosis sufferers (the bioactive compounds help absorb calcium into the body and stop bone degeneration).

Kefir is similar to its equally-trendy counterpart, kombucha (more on that below), in that sugar is needed to facilitate its fermentation process. However, thanks to the live kefir grains “eating” so much of the sugar during the fermentation process, the end result of both drinks shows a significantly reduced sugar count. What’s more, the fermentation process that milk kefir undergoes also means that it can be tolerated by many individuals with an intolerance to lactose.

Kefir is very easy to make at home, and you can buy starter kits in health food shops across Ireland. You can also buy it ray made in most health shops. 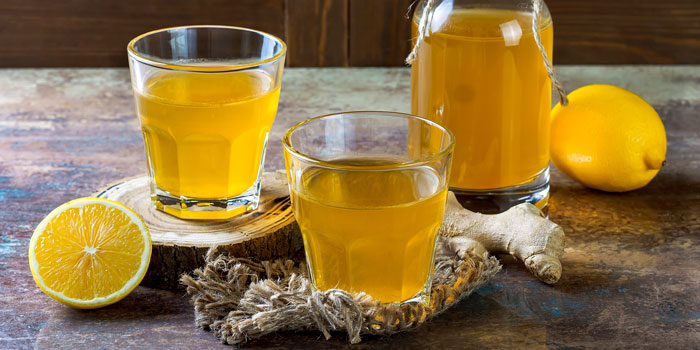 Kombucha is a fermented beverage consisting of sugary tea (usually black tea, but it can also be made with green teas) which undergoes a fermentation process when left aside with a “SCOBY” (symbiotic colony of bacteria and yeast). The SCOBY eats the sugars to release carbonated water, vinegar, B vitamins, enzymes, probiotics and a high concentration of acid, all of which contribute to the tangy kombucha flavour.

The first recorded use of kombucha can be dated back to 221 BC in China, where it was known as “The Tea of Immortality”. The reason why this drink was afforded such high praise (and still is today) is because of the large number of probiotics, antioxidants, amino acids and enzymes it contains and the subsequent benefits it can bring drinkers, including improved digestive health, absorption of nutrients and immune system support.

While it is possible to make kombucha at home, the process is quite complicated and needs to be carried out under strict and sterilised conditions. Thankfully kombucha is now widely available around Ireland, with health food shops, supermarkets and even cafes and bars getting in on the “booch” goodness. 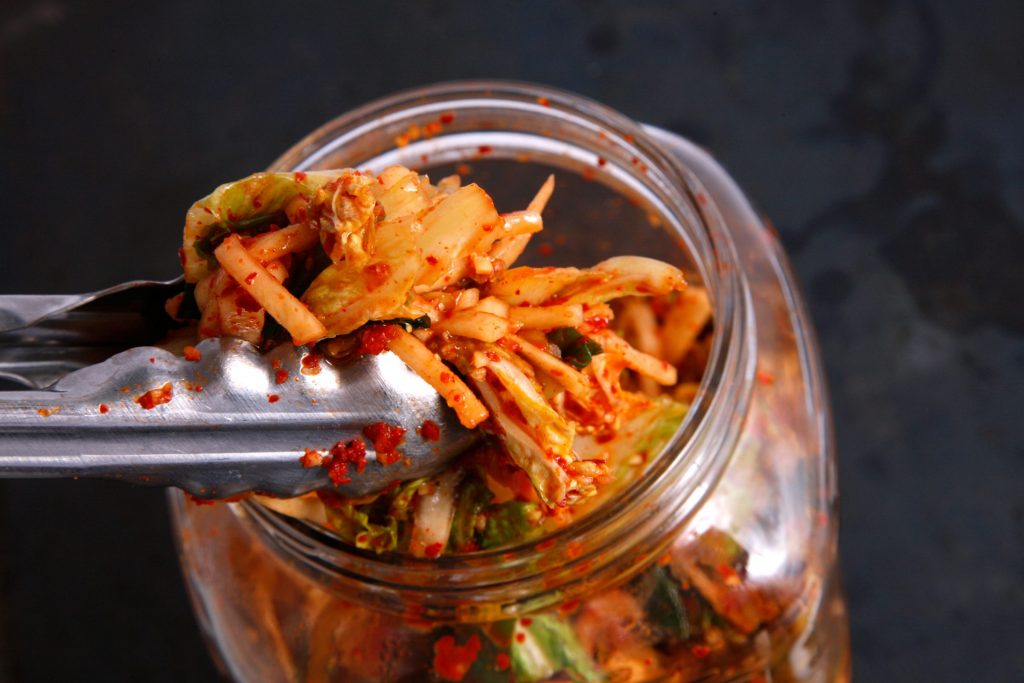 Kimchi is Korea’s national dish and usually comes as a salty, sour and spicy fermented blend of cabbage, onions peppers, garlic and chilli. Kimchi recipes can vary widely, and there are literally hundreds (if not thousands) of variations throughout Korea.

The word kimchi is derived from the Chinese characters for “salted vegetables,” with the process involving brining, seasoning, fermenting, and storing. The brining and fermentation process produces the lactic acid (which acts as a preservative and generates kimchi’s distinctive tang), and generates much of the beneficial gut-boosting lactobacilli bacteria that this dish is so abundant in (like kombucha and kefir, this is why kimchi is favoured by those with gut complaints).

Making kimchi at home is surprisingly easy, and recipes can be easily tweaked to suit individual tastes. The range of flavours often depends on the length of the fermentation process, which can be as short as a day, or as long as a year, it all depends on your preferences. The presentation of kimchi can also vary widely; if you order it in a restaurant (kimchi is increasingly popping up on Irish menus of late) it can arrive swimming in a broth, or as a salty, zingy side to bratwurst sausages, or sprinkled on top a flavoursome meal. We also like it stirred into scrambled eggs or a quinoa bowl.

Feeling brave? Here’s one of our favourite kimchi recipes at the moment!