Suffering from IBS? Maeve Madden found a remedy that works

Irritable bowel syndrome (or IBS) affects up to one in five people in Ireland, and it is notably more common among women than men. It can involve bloating, cramping, irregular bowel movements and an uncomfortable feeling after eating; something Irish model and author Maeve Madden knows too well.

Maeve has always been open about her struggle with gut health and she isn’t afraid to share what it’s like, even on bad days. After years of trying various treatments and remedies, the Newry-native has finally found something that works.

“I started taking Symprove in January last year,” Maeve tells Image.ie. “I was on holiday with Millie MacIntosh, and she’d been recommended to take it for her skin and her IBS, which I also have. So when I got home, I took it for 12 weeks. Having had IBS and difficulty going to the toilet, I noticed after two weeks I became a lot more regular. So I thought, ‘this might actually be working!’

After finishing the 12-week course, Maeve decided to continue taking Symprove as part of her daily routine. “I found it really beneficial,” she says. “I noticed a massive difference.” 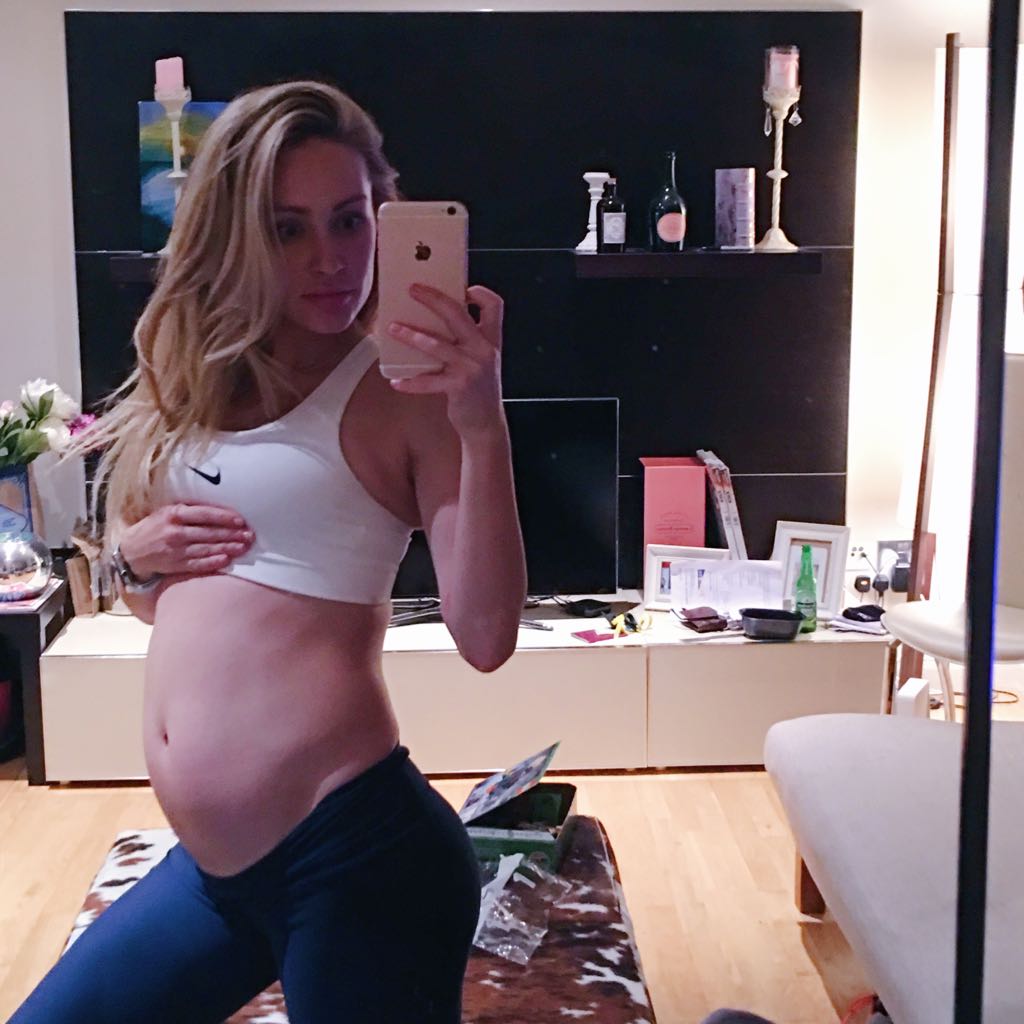 But what exactly is it?

Symprove is a water-based food supplement, created by the former military nurse and farmer Barry Smith. It comes in two flavours (Original or Mango & Passionfruit) and is taken as a shot, once a day, 10 minutes before food.

It contains four types of ‘good bacteria’, which help to balance the ‘bad bacteria’ causing our IBS and other digestive issues. A healthy intestine (or biome) will have these good bacteria present already, and all of them are vital for keeping us healthy and breaking down our food.

However, modern living has knocked many of our biomes out of balance. Barry tells us, “Over the last 80 years – since the onset of antibiotics, processed foods, sterile living, over-disinfection, air conditioning, and staring at screens all day – half of our biome is gone.”

The good bacteria in Symprove stimulates and feeds the host bacteria that’s already in our gut; allowing our biome to regenerate and work efficiently again. 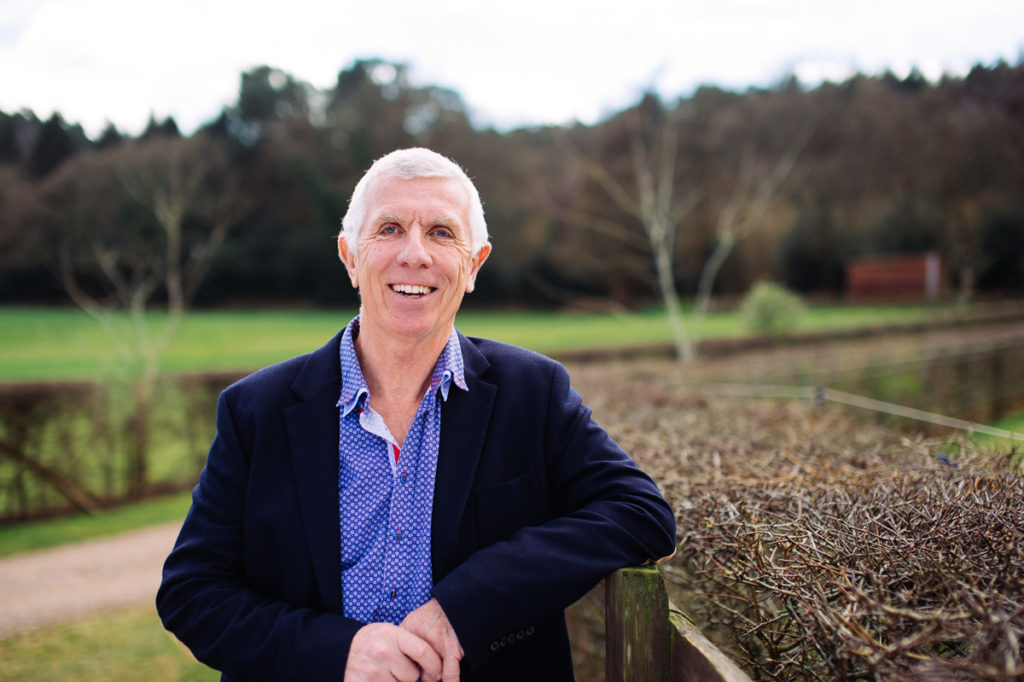 How does it differ from probiotics?

Probiotics tend to come in the form of dairy products, such as yoghurts or yoghurt-like drinks. These dairy products (and probiotic capsules) stimulate the digestive process in our stomachs; which means the so-called good bacteria gets weakened (if not destroyed) by our stomach acid.

Symprove, on the other hand, is water-based and doesn’t trigger the digestive response. Instead, it passes through our stomach and into the gut relatively unscathed. The four strains of bacteria found in Symprove arrive and thrive and survive in the intestine, targeting various areas of the gut quickly and effectively. 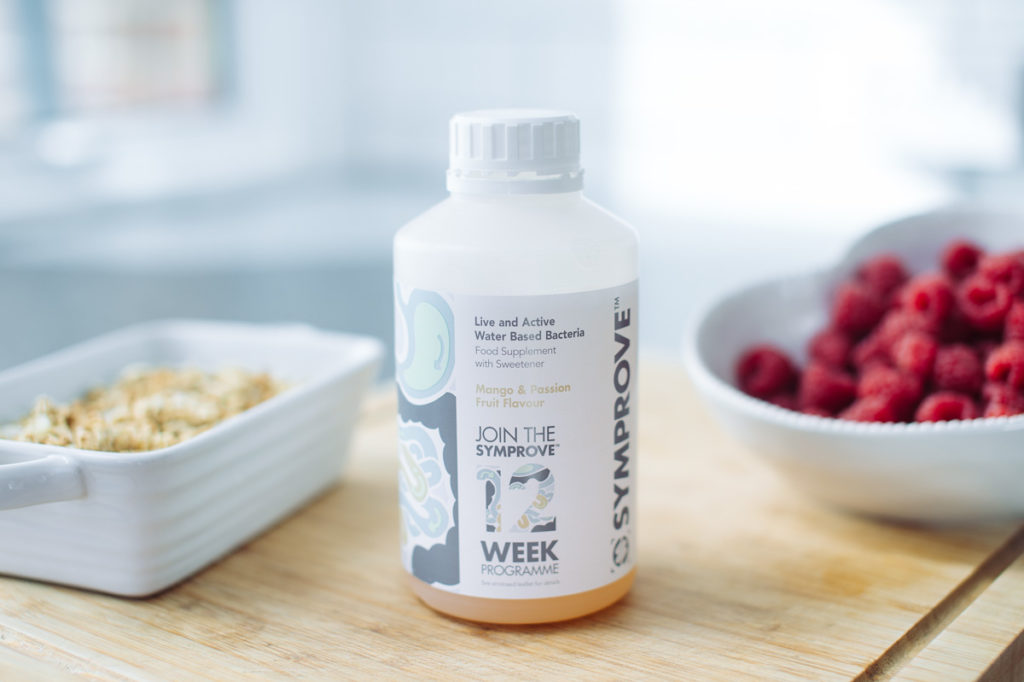 Maeve says Symprove has improved more than just her gut health. “I used to suffer from really bad thrush and I’d be on antibiotics, and then I would get bacterial vaginosis from the antibiotics, and I’ve been prone to urinary tract infections since I was a child. But, I’ve noticed since I’ve started taking [Symprove], I haven’t had those things.

“People have been saying my skin looks more dewy too,” Maeve tells us, adding, “When you’re healthy on the inside it shows on the outside.” She points out that the gut is an important aspect of achieving healthy skin.

“Everything happens within the gut,” she says, “If you don’t have an active gut, you can’t absorb the nutrients you need. You could be eating the healthiest superfood, but if your gut isn’t healthy and able to absorb the nutrients; you’re not benefitting from it in any way.”

Barry explains how Symprove is the result of 25 years of research. Not only that, three independent trials carried out at King’s College London prove it can reduce intestinal inflammation; as well as the frequency of constipation, diarrhoea and back pain.

“Being part of independent studies is not for the faint-hearted,” he tells us. “When you commit to truly independent studies, it really is a case of ‘what will be will be’.” To Barry’s relief, the result was described by King’s College as “spectacular”, with Professor Ingvar Bjarnasson saying it’s a “breakthrough product.”

Symprove should be taken as part of a healthy, balanced diet. Available online and from selected pharmacies nationwide.