How Amy Schumer Won The Emmys

Amy Schumer poses in the press room at the 67th Annual Primetime Emmy Awards at Microsoft Theater on September 20, 2015 in Los Angeles, California.

Amy Schumer poses in the press room at the 67th Annual Primetime Emmy Awards at Microsoft Theater on September 20, 2015 in Los Angeles, California.

Amy Schumer is one of those polarising figures – you either love her or loathe her but how anyone could look upon the Comedy Central Queen with anything short of adoration following the Emmys last weekend is beyond us.

She started the weekend off right, getting a private plane to L.A. and doing what we all know we’d end up doing, lying down on the couch and watching a movie on a laptop. Private plane or not, Amy Schumer is nothing if not’relatable.

Schumer opened the Emmy’s evening?with Amy Poehler to announce the winner of best female lead in a comedy series with a hilarious and topical chat about what the?Emmy’s is all about – “celebrating hilarious women and letting the internet weigh in on who looks the worst”.

She also took?home the gong for outstanding sketch series and her speech was hilarious and endearing all at the same time. She even found time to thank her make-up artist for an awesome smokey eye, which every girl KNOWS is an art form.

Once backstage the emotion of the win was evident as she got emotional talking about the the influence of her sister on?her career and just “getting up in the morning”. However, in typical Amy style, she managed to segway a question on sketch shows into chat about Madonna, quizzed the front row about their experience with orgasms and spoke about the time she met Hillary Clinton dressed as “a plus size Elsa on rollerskates”.

She raised the photobombing skills at awards shows to another level, though it’s debatable if her crashing the Game of Thrones celebratory photo is as good as Benedict Cumberbatch’s U2 leap, which still makes us chuckle. 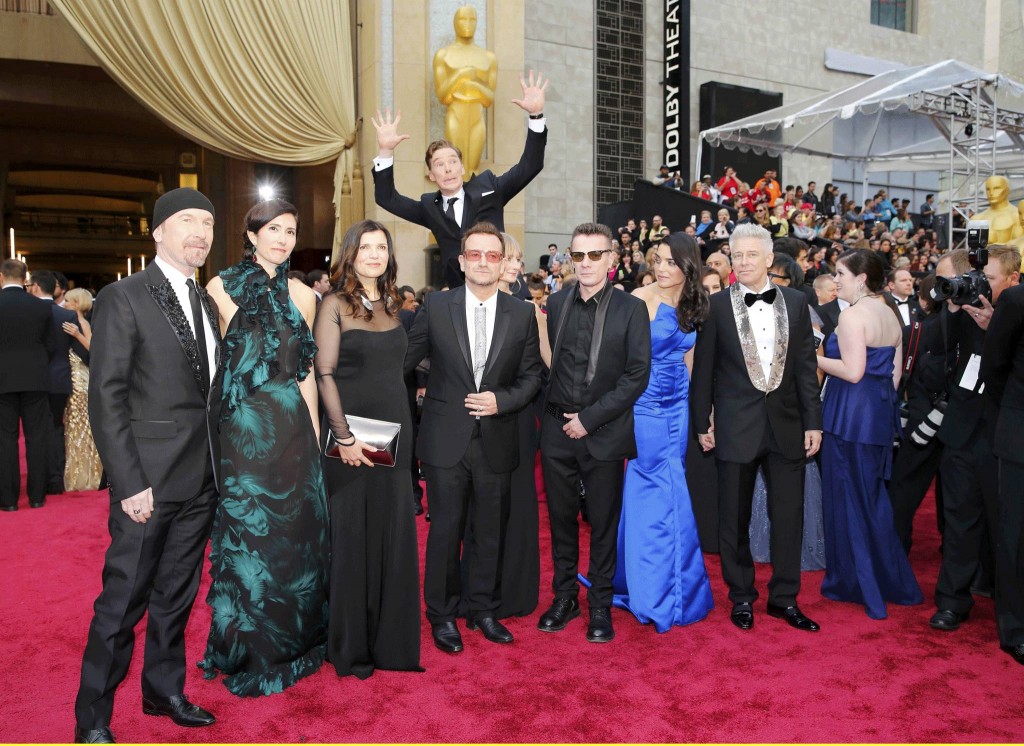 And Schumer’s night was far from over yet. Her new bestie/jet-ski buddy?Jennifer Lawrence sent her “a really sweet” text?after her win to tell her “you looked pretty but not smart”. Schumer praises her new friend as “real deal funny” and we’re already squirming in our seats with excitement of their screenwriting venture.

?Not to be out outdone by her hilarious friend’s successful night, Lawrence had Amy’s hotel room filled with weird balloons.?Check out the Instagram snap below. We wonder if the sunnies are a necessity following her scheduled “10p.m. blackout”?