Last October saw the inaugural launch of the latest city festival, Interlude, at Dublin’s RHA Gallery. A sublime mix of music, food, art and an awful lot of fun, it was one of our highlights of 2015 with each room of the lovely space utilised to perfection.
The good news is that it’s coming back this summer, with three dates at the end of June (24th-26th), and they are spreading the fun a little further by opening up outside with a street party. The three-day music, movie and art event?is spread between five of the galleries impressive rooms and the outdoor courtyard and features?three stages, a block party, food garden, cinema & record store plus a craft beer bar and a cocktail bar.

Sound good so far? Yes, we know. But wait until you hear the lineup! 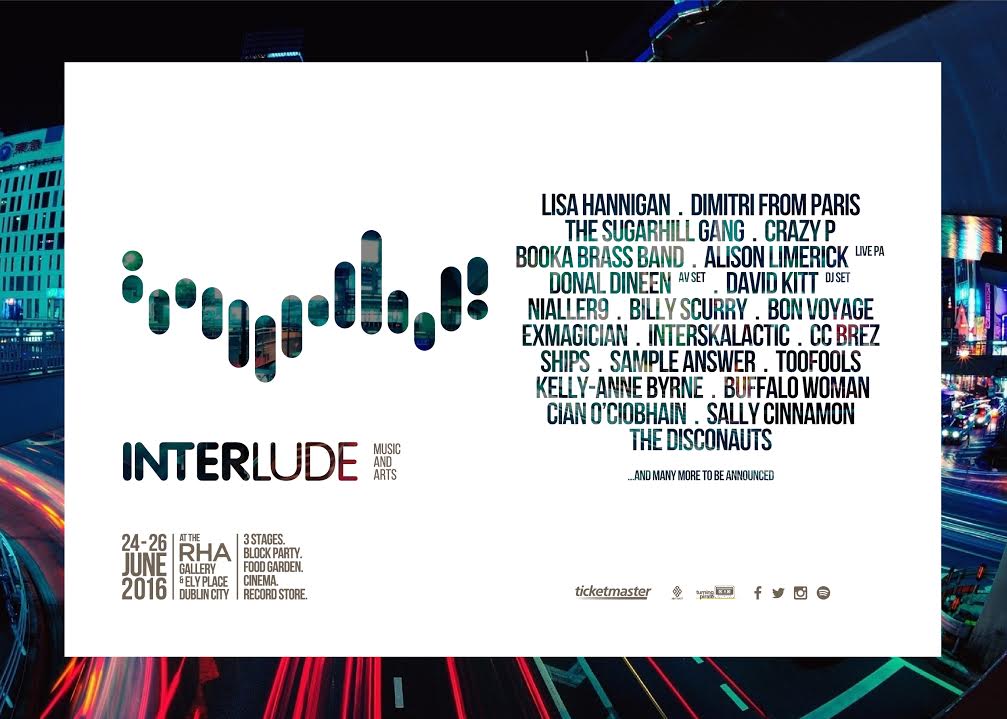 Yep, told ya! It’s looking like the summer’s coolest (and cheapest) boutique festival weekend so far, so get your tickets here STAT. Weekend tickets are only €69.

Will we see you there? Yes, thought so.