It’s no surprise, but architect Ryan Kennihan’s office is a dream workplace

A look inside the office of Dublin architect, Ryan Kennihan.

Modern workspaces are inspiring, refreshing and often represent the personalities of the people who work there. After exploring Chupi Sweetman-Durney’s beautiful bohemian workshop, it’s architect Ryan Kennihan’s turn to invite us into his sophisticated Mountjoy Square workspace. 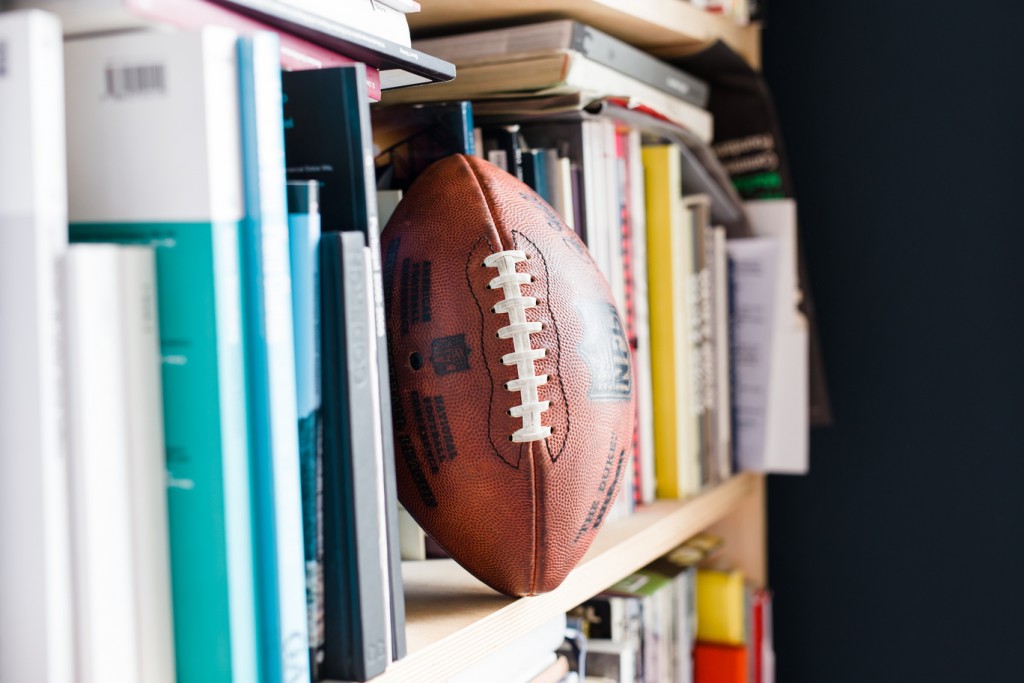 “People tend to ignore their workspaces,” says architect Ryan Kennihan, who moved his practice into the first-floor office of an early 19th-century building on Mountjoy Square over a decade ago. Although small (57 square-metres), the space is nonetheless grand, with its Georgian proportions (the building dates back to 1810) and traditional detailing. “We spend most of our time at work,” explains the Chicago-born architect, “so I knew I wanted a well-lit, characterful room that I’d enjoy spending time in.” 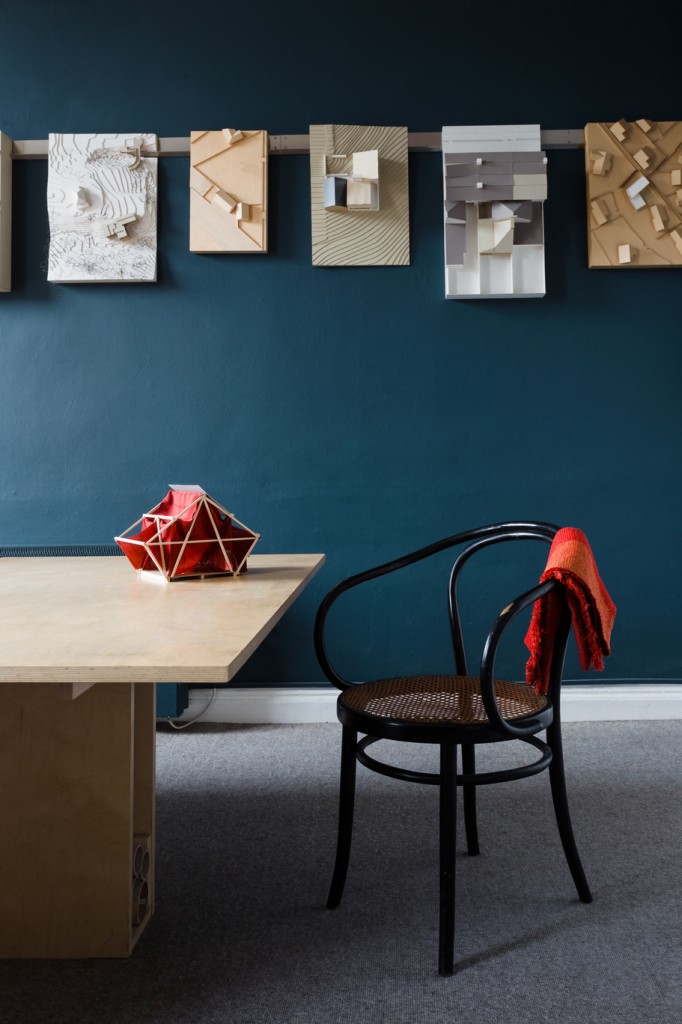 When asked about his aesthetic, Kennihan, who always looks exquisitely tailored, fittingly quotes the Viennese clothier Knize: “The unavoidable question of style begins with the overcoming of fashion.” In his person as well as his surroundings, the architect embraces an aesthetic that is timeless and enduring. The bijou space, then, is an artful fusion of traditional and modern, which looks effortlessly unified without appearing too ‘studied’.

Farrow & Ball Hague Blue walls pay homage to the building’s Georgian origins (and demonstrate beautifully how dark colours can work in small spaces), while birch plywood desks built by Ryan inject a modern, minimalist feel – Kennihan liked the combination of the papery birch and earthy blue. A Bauhaus lamp, an original Thonet bentwood chair, and mid-century Danish leather and oak chairs, which Kennihan subsequently discovered were from the philosophy department at Cambridge University (there’s a sticker underneath each seat, he tells me) were all bought on eBay and reflect his passion for “beauty and timelessness”. 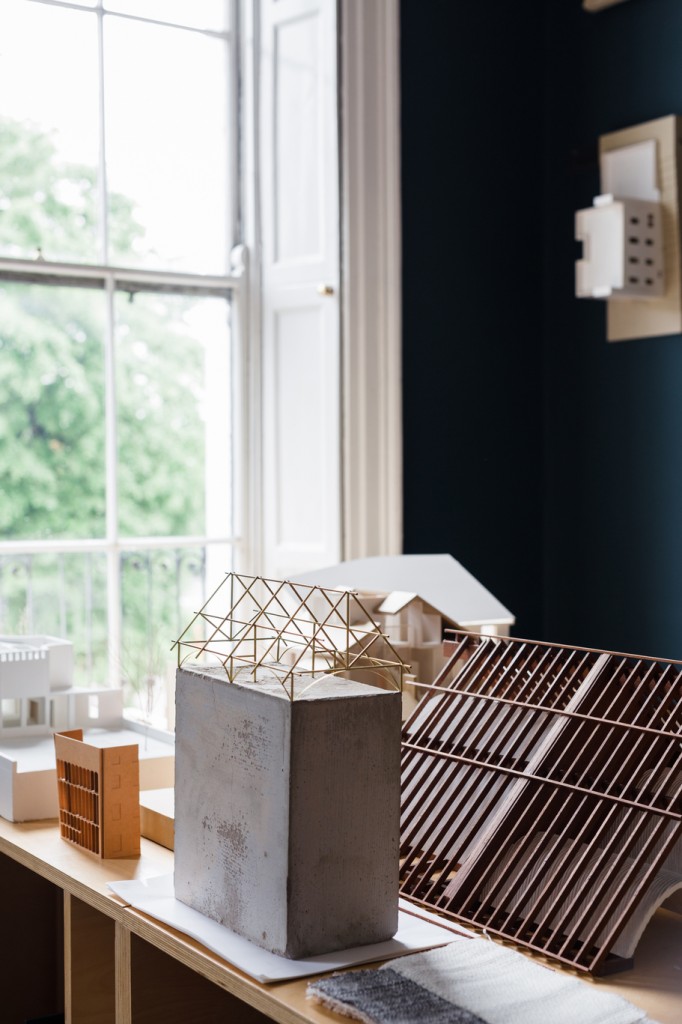 Kennihan’s own style mirrors this love of character and detail. He pieces together tailored separates with ease and, as with his work, favours natural materials, such as Kevin & Howlin tweed. The precision of a classic English cut, courtesy of London tailor Byrne & Burge, paired with signature details like a breast pocket handkerchief or waistcoat suggest the kind of sartorial polish once required of professional gentlemen, and now not seen often enough. Again, Kennihan masters the artful mix of classic and modern with skilful ease. 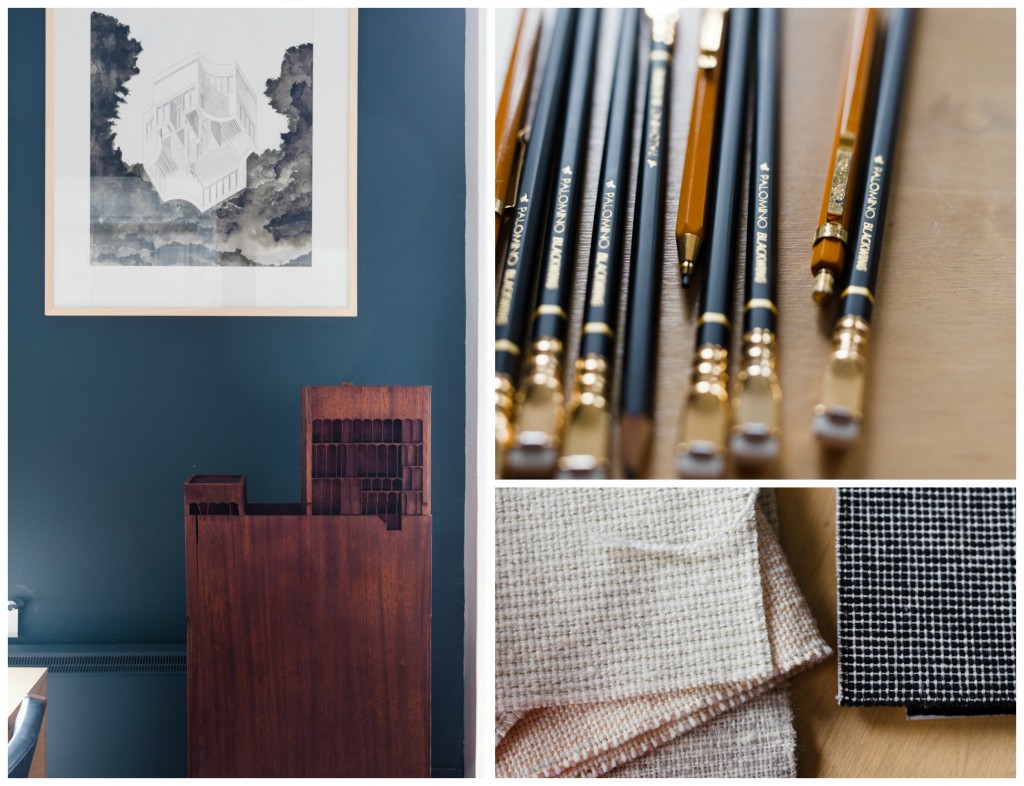 Photographs by Nathalie Marquez Courtney / This article was originally published in the November 2015 issue of IMAGE Magazine.

Read more: Interiors ideas for a period home from this incredible Edinburgh hotel

Read more: How to create a home office in a small space (and with limited levels of concentration)