An architect’s tiny home shows how careful planning and help from friends mean building a house on a small budget isn’t out of the question.

An architect’s home is usually one of two things: a show house, where decisions honed over years result in seamless perfection, or the mess that comes before that; a testing ground for ideas. Architect Dominic Stevens’ home in rural Ireland is neither. Built in just 50 days for the exact sum of €25,000 – it is in itself a model offered to a maturing millennial generation faced with a housing crisis.

Dominic spent a large part of the nineties in Berlin. He moved there just as the wall came down and experienced a culture where people built the city for themselves. “That DIY punk way of doing things, that is one of the things in my life that has influenced me the most,” he explains. After returning to Ireland, it was in Leitrim he settled and found a similar ethos, people were living in self-builds and living creatively. “In Ireland, Leitrim is as close as you can get to living in Berlin in the nineties.” 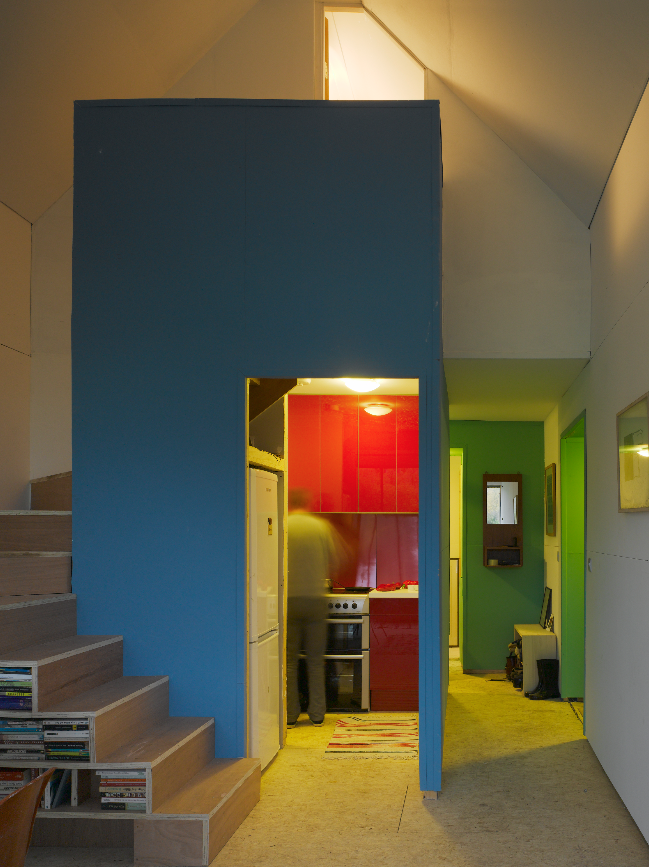 After separating from his first wife, with nowhere to live and the sum of €25,000, Dominic decided to build his own home on a very tight budget. “From working for people over the years who had limited budgets and were open-minded about the type of house they lived in, I had learnt what cost money and what didn’t.” He explains that not only was it a way of creating a home for him and his two children, it was research. “I wanted to design something where all of the decisions made were economical. Everything, the width of it, the height of it, the length if it, everything is an economical decision.”

On a plot of land, that Dominic bought with a mortgage “the size of a car loan,” sits his 60-square-metre home. It initially appears as a poky corrugated iron-clad cottage but once inside, it unfolds itself as an inventive family home. Entering through the porch, the house splits into two, to the left a double-height space accommodates the living space and a small kitchen, and to the right is a bathroom, micro-utility and two small bedrooms for Dominic’s children. Up a staircase that wraps itself around the kitchen, there is an area for storage and another bedroom space. 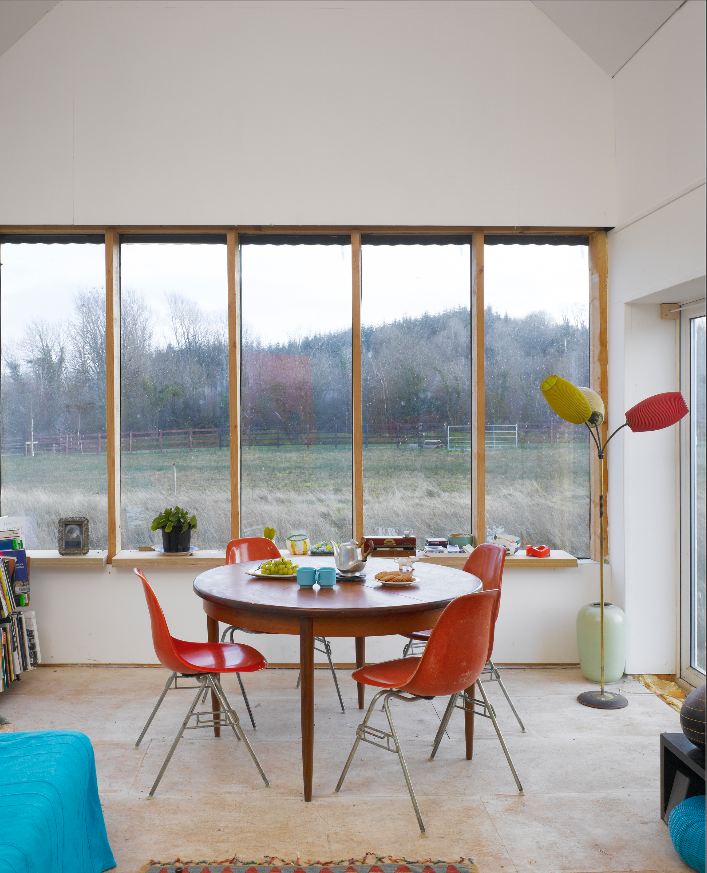 With the help of some skilled friends and neighbours, the home was built in an estimated 50 days, over a period of two years, at weekends and during holidays. “It is extremely empowering to build your own house, because you really feel in control of something, you’ve achieved something and there’s times when it’s fun. But, at a certain level, over the two years it meant I was either doing the house or feeling guilty for not doing the house.”

With its pared-back finish and vintage furniture providing bursts of colour, it’s an inviting space. “It’s furnished with a lot of fixed furniture that I made from 18-millimetre plywood, then everything else is just picked up over the years. It’s raw, because I was doing it to a particular budget and it’s all the money I had, over the years I have and will add particular finishes and ultimately make it all nice.” Dominic plans on adding an extension with a new living space to accommodate his two growing children. He currently lives in Leitrim part-time and Dublin part-time, and plans to do so until retirement. 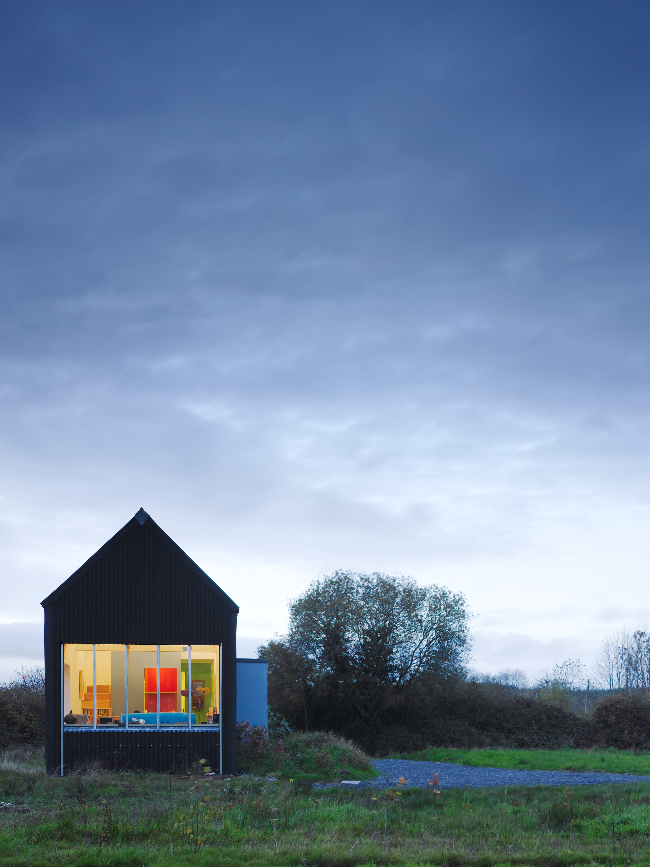 While all decisions were economical the house doesn’t suffer as a result. Where possible the materials are ecological. The cladding – which at first appears as corrugated metal – is in fact onduline, a material made with plant fibres that is commonly used on agricultural buildings on the continent. As a result, it is more weather resistant than corrugated metal and the same colour all the way through so it doesn’t fade. The insulation is a soy-based expanding foam, which was sprayed into the cavity wall, which means the house is incredibly insulated. “I heat the whole house with a one and a half kilowatt electric heater,” Dominic excitedly says.

The plans are open source, meaning that anyone can take the drawings and – with the help of the professionals, build their own. So, have many people built their own versions of the €25k house? “Lots of people have contacted me to say they were going to, lots of people have stayed in touch, people are very bad then, by the time it’s finished, at sharing it, but I would suspect there are no carbon copies of it around.” Anyone?