Olivia Colman in The Crown

Netflix has revealed new details about season three of ‘The Crown’, as well as the first clip of Olivia Colman as Queen Elizabeth II

Netflix has confirmed that after a two-year break, The Crown will return for a third season on November 17. The multi-award-winning series is a dramatic royal biopic; detailing Queen Elizabeth II’s ascent to the throne. It also reveals the intimate goings-on of the English monarchy.

The cast we’ve come to know and love from seasons one and two have been replaced. Claire Foy, who depicted the Queen from the years 1947-1963, has been succeeded by actress Olivia Colman, who will portray the Queen from 1964-1976. 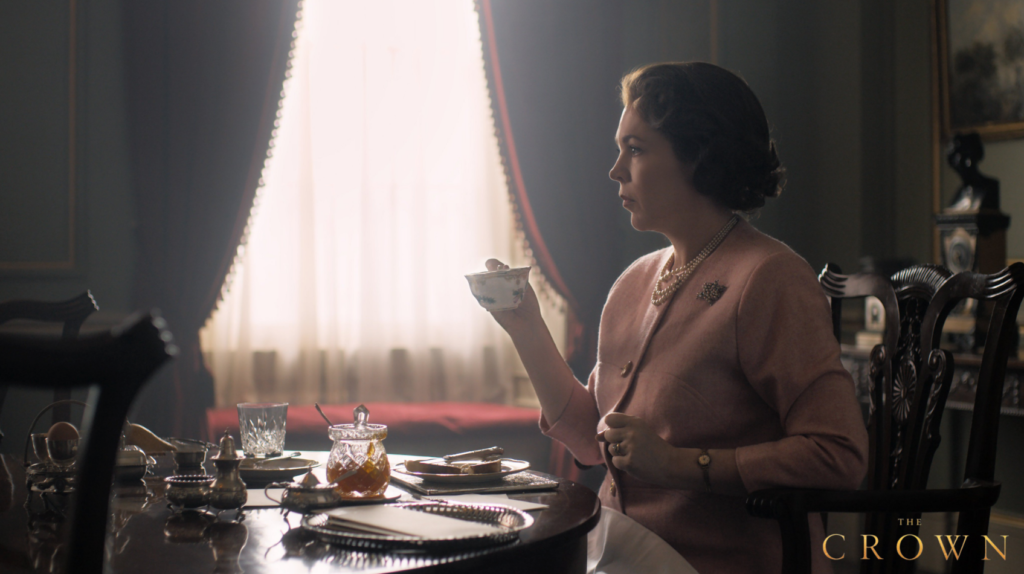 In a powerful new clip shared by Netflix, fans can see Colman in action for the first time. Though far too short to be described as a trailer, the teaser is enough to build excitement for the season to come.

A clock ticks loudly in the background, building momentum. The camera zooms closer to an open doorway, revealing what may be a room in Buckingham Palace. Then, when the music reaches its climax, the Queen steps out wearing a commanding expression and white evening gown.

She doesn’t say a word, but with a look so intense, she doesn’t need to.

Who’s in it and what to expect

Olivia Colman will be joined by Tobias Menzies, who will take on the role of Prince Philip; and Helena Bonham Carter, who will play Princess Margaret.

Speaking about her upcoming role, Helena Bonham Carter said, “I’m not sure which I’m more terrified about – doing justice to the real Princess Margaret or following in the shoes of Vanessa Kirby’s Princess Margaret. The only thing I can guarantee is that I’ll be shorter than Vanessa.” 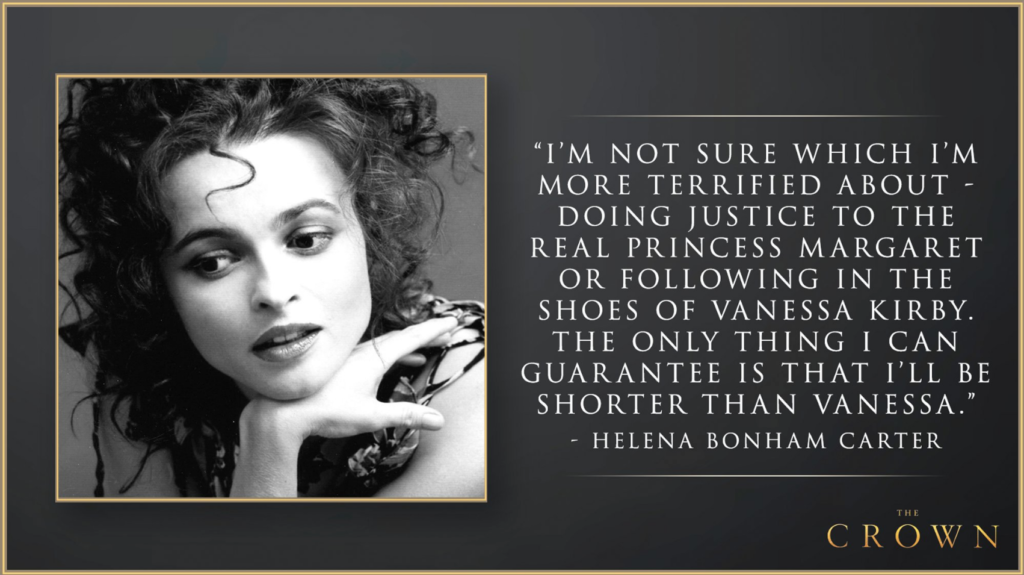 The new season of The Crown will also introduce Camilla Parker Bowles (then named Camilla Shand) as Prince Charles’ new love interest. She will be played by Call the Midwife star, Emerald Fennell. Meanwhile, Charles will be played by Les Misérables actor, Josh O’Connor.

What’s more, Emma Corrin will take on the role of Princess Diana in The Crown season four.

Can’t wait until November? Seasons one and two of The Crown are still available to stream on Netflix now.

Read more: Meghan Markle’s former LA home is on the market for $1.8 million