Sea bins are unique devices designed to collect litter and debris from open waters. Developed in Australia by Andrew Turton and Pete Ceglinski, the sea bin sits just below the water’s surface and sucks in floating rubbish. They can collect up to two tonnes of waste a year, including 83,000 plastic bags or 20,000 plastic bottles.

Flossie Donnelly, an environmentally conscious 11-year-old from Dublin saw the potential of sea bins in Ireland. She already organises monthly beach clean-ups and decided the installation of a sea bin was the next logical step. Speaking to RTE News, the Sandycove native said, “It’s really cool. It has a pump which pulls in all the rubbish to make a plastic-free Irish Sea.”

Over the last year, Flossie has campaigned and fundraised to have the first sea bin installed in Dun Laoghaire. “The first bin cost €4,000 plus taxes; I had a table quiz, a Go Fund Me account, and finally I had a disco.” The company that supplied the bin was so impressed by Flossie’s fundraising efforts that they decided to send her a second bin for free; provided she can cover postage costs. Taking to her blog, Flossie wrote, “The sea bins are here they are in the harbour working really well and collecting loads of rubbish.” 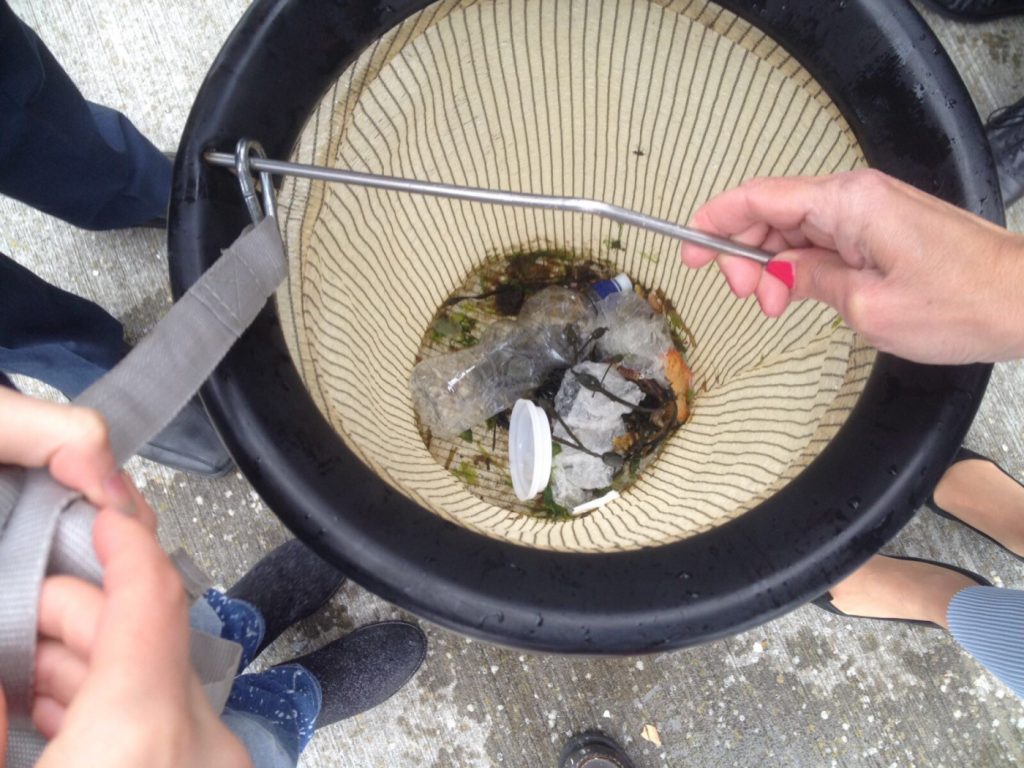 Plastic pollution is a growing problem in Ireland and abroad. In the Pacific Ocean, a plastic island three-times the size of France has formed after rubbish from all over the world was carried there by winds and tides. Commonly known as the Great Pacific Garbage Patch, this large mass of plastic poses serious health and safety risks to marine life. Closer to home, NUI Galway found 73% of deep-water fish off the Atlantic coast of Ireland have plastic particles in their stomachs.

Tim Ryan of the Dun Laoghaire Harbour Company said he’s delighted to see the sea bin installed. “We’ve noticed the amount of plastic in the water has been increasing year after year. Initiatives like this will help remove some of the plastic from the water that’s been damaging wildlife.”

While we have you, check out our new podcast The Spill, with Sophie White and Rhona McAuliffe. In this week’s episode, the women chat about plastic surgery, cultural appropriation and overbearing in-laws

Tried & tested: ‘I went to a plant-based hair salon (with edible ingredients!) and my hair has never been shinier’