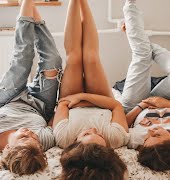 Scientists discover enzyme that can eat through plastic bottles

We’ve been on the anti-plastic train for a while now; swapping takeaway coffee cups for Keep Cups, ditching cling-film in favour of Beeswax Wraps, and trading plastic carrier bags for jutes. Now, science has gone one step further by developing a plastic-eating enzyme.

Plastic, by its very nature, does not biodegrade. That means every single piece of plastic that has ever been made is still floating around in our environment somewhere. It’s a scary thought. While the Barbie doll you had as a child may have broken down into smaller pieces, it’ll never fully break down in a natural, eco-friendly way.

Because of this, tiny pieces get absorbed into and consumed by wildlife – the same wildlife we rely on for food. A recent study by NUI Galway shows that 73% of deep-water fish off the Atlantic coast of Ireland have plastic in their stomachs. That doesn’t factor in the fish swimming near the surface. Further afield, a plastic island three-times the size of France has formed in the Pacific Ocean after rubbish from all over the world was carried there by winds and tides. Commonly known as the Great Pacific Garbage Patch, this large mass of plastic poses serious health and safety risks to marine life.

It’s not exactly healthy for us either. New reports show that 90% of bottled water contains microplastics. We cannot see, feel or taste it, but plastic may be passing through our bodies every single day. The possibility that scientists have discovered a way to combat this is beyond exciting.

How does it work?

The new discovery comes after a previous study in Japan, in which scientists found a particular type of bacteria was capable of breaking down a certain type of plastic. Polyethylene terephthalate, or PET, is used to make plastic drinking bottles, polyester clothing and food containers.

Following on from this, UK and US scientists (from the University of Portsmouth and the National Renewable Energy Laboratory respectively) teamed up to examine the bacteria’s structure. While trying to figure out how it works, they accidentally improved the speed at which it breaks plastic down.

Professor John McGeehan, who co-led the study, told Reuters, “We actually thought we were making the enzyme slower by changing a few amino acids, but actually we’ve made it faster. We’ve made an improved version of the enzyme, better than the natural one. That’s really exciting because it means there’s potential to optimise the enzyme even further… This system would allow you to recycle plastic properly, 100% sustainable.”

There’s still a long way to go (and a lot of research to be done) before we’ll see any real change in plastic pollution. We can all do our bit to help, though. If you’d like tips on how to break up with plastic, see our how-to guides here and here.

Facebook wants to read your mind. Leaked audio discovers that it almost can

Why am I avoiding these three skincare ingredients?