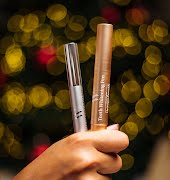 Be sure to keep your eyes peeled tomorrow night as the beautiful Perseid meteor shower is expected to light up the sky and you’re definitely *not* going to want to miss it.

Stargazers are in for a real treat tomorrow night as Irish skies will be illuminated by a spectacular light display courtesy of the Perseid meteor shower. Due to reach its peak on Thursday night into early Friday morning, it’s widely considered to be one of the best meteor showers of the year.

Associated with the Swift-Tuttle comet – a comet that was last seen on earth almost 30 years ago back in 1992 – the annual light display is caused as earth crosses the comet’s debris tail resulting in grains of dust (up to the size of a pea) that creat fabulous shooting stars as they burn up in the earth’s atmosphere. Larger pebble-sized pieces may form as well, giving rise to fireballs.

When is best to see it?

Usually visible anytime from mid-July through late August, this month is “prime time for the Perseids” according to NASA who claim that it’s possible to see a meteor a minute “under really dark skies”. The shower is expected to reach its peak tomorrow night with 20 times more shooting stars to be visible than on a normal night. Viewing the night before and after is also highly recommended too.

How to see the Perseids

Best viewed from the northern hemisphere, there will be prime viewing conditions this year as it’s the first time since 2015 that the shower will coincide with a moonless sky (the moon will be a thin crescent on Thursday night, setting early in the evening).

And the good news is that you don’t need any high tech apparatus or special equipment to enjoy it either as the meteors will be visible to the naked eye. Just find a safe, dark location away from bright, artificial lights, lie down on your back and look up.

Met Éireann predicts that Thursday will be a windy day with strong winds reaching near gale force on coastal areas. There will be showery outbreaks of rain (heaviest in the northwest), though “some good sunny spells” will develop early on in the east and later across other areas too. In other words, wrap up and bring your umbrella if you plan on heading outside.

Astronomy Ireland is also asking members of the public to take part in their annual nationwide Perseid watch and email details of sightings (i.e. how many meteors you count per 15 minutes) along with your name, location and the night you observed the meteors to [email protected]