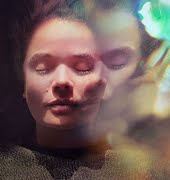 Playgirl: The unexpected magazine revival of 2020

The women’s alternative to Playboy has recently undergone a revival

While the Playboy empire became a cultural phenomenon in the 20th century, much less is said about its female counterpart, Playgirl. Although both publications fell victim to the global shift away from print media (Playgirl ceased regular publication in 2009, while Playboy became a digital-only publication earlier this year), 2020 will see the rebirth of the once ground-breaking Playgirl, now with an entirely new outlook.

Founded in 1971 as a protest cry for the sexual and feminist revolutions of the time, Playgirl hit newsstands in June 1973 as a new magazine for the modern woman, featuring in-depth articles, celebrity news, lifestyle features, and yes, plenty of nudes.

The magazine’s first cover featured a naked man (credited as “Eldon”) sitting cross-legged, his modesty preserved by shadows, as a woman (credited as “Lorelei”) nuzzled him from behind. Inside the pages was the traditional layout of the more-popular Playboy: a nude centrefold, articles on sex, lifestyle and travel, and a foldout – except this time, men were the stars of the show. Playgirl‘s first edition sold out, selling more than 600,000 copies in its first four days. At the magazine’s peak during the late seventies, each issue sold around 1.5 million copies.

The magazine was lauded in its early years for its progressive articles on previously taboo subjects, such as abortion, breast cancer, and female sexuality. Its fanbase grew, with women and gay men, although the latter demographic was initially downplayed by magazine executives – homosexuality was still classed as a mental disorder by the American Psychiatric Association until 1974. By 2003, Playgirl’s then-editor-in-chief Michele Zipp said that gay men made up “about 30%” of the magazine’s readership.

But as time progressed, the notion of “the female gaze” – in this case, ogling and objectifying men in the same way as women had endured for centuries – became less of a revolutionary statement. As editors came and went, the magazine flip-flopped between what many deemed ‘soft-porn’ to banning full-frontal nudity altogether. Playgirl lost its sense of purpose – but now, 2020 has given a new team of editors the chance to bring it back.

Headed by former Dossier editor Skye Parrott, Playgirl’s new issue, set to be published this week, features writers such as Alicia Garza, T Cole Rachel and Carvell Wallace, and its new cover is as bold as previous fans of the magazine could hope. Chloë Sevigny, who gave birth to her first child in May of this year, features pregnant and nude on the cover, with a simple tagline announcing the new direction of Playgirl: “We’ll take it from here”.

According to The Observer, who interviewed Parrott ahead of the launch, the new issue will feature essays on the fall of the patriarchy; models who are challenging beauty standards; racial injustice; the power of desire; modest fashion; and so much more. And yes, the new and improved Playgirl does feature male nudity – but from an entirely new perspective. Harley Weir’s centrefold of a sitting black figure evokes vulnerability rather than overt sexuality. “For a man, nudity means sex; for a woman, it means you’re exposed,” says Parrott. “It’s a different lens and, hopefully, a different perspective.”