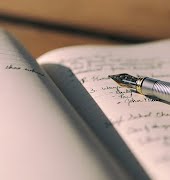 Britney Spears referenced friend Paris Hilton's boarding school trauma in her recent testimony and how difficult it is to be believed as a woman in celebrity culture.

Yesterday, Brtiney Spears gave explosive testimony at a hearing about her conservatorship, about the abuses of power by her father and management, its effect on her mental health and her request to end the conservatorship immediately. She said she was only speaking out now because she used to think that no one would believe her, that she’d be laughed at. In her testimony, she mentions Paris Hilton and the fact that so few people believed her about her traumatic experience in boarding school. “To be honest with you, the Paris Hilton story on what they did to her to that school, I didn’t believe any of it. I’m sorry. I’m an outsider, and I’ll just be honest. I didn’t believe it,” she told the judge.

Britney was referring to Paris Hilton’s experience at Provoc Canyon School in Utah, which she covered in her documentary, This is Paris, and at a February 2021 committee hearing, when she went into detail.

Calling herself an “institutional abuse survivor” of Provo, a school for “troubled teens”, where she was placed for eleven months at the age of 16. She describes a recurring nightmare she has, that’s actually a memory, of being “kidnapped in the middle of the night by two strangers, strip-searched, and locked in a facility”.

She describes her experience at Provos as “degrading and terrifying,” saying that “children were restrained, hit, thrown into walls, strangled and regularly sexually abused.” She claims she was drugged without any diagnosis and it left her feeling “numb and exhausted”. They were monitored at all times, even when they went to the bathroom or shower, and her communication with the outside world, including her family, was strictly monitored. “It was all day screaming in my face, yelling at me, continuous torture.”

The school remains open today, and while their website has been taken down, an online directory for parents with troubled teens called All Kinds of Therapy describes Provo as “ leading national provider of residential youth treatment and has a deep history of supporting the academic, therapeutic, and developmental needs of their students.” Though they note that the school came under new ownership in 2000 and they cannot comment on its operation prior to that date.

However, Hilton believes that the abuses at the school continued long after she left, up until she spoke out publicly about her experience in 2020. Survivors Breaking Silence, a platform for institutional abuse survivors includes experiences from students at Provos from the 1980s right up to 2018. Following the release of her documentary, Hilton said she received so many messages from other survivors of so many “troubled teen schools”.

Now, they’ve come together to try and shut Provos. Hilton was one of many who spoke at Monday’s hearing, where they lobbied for a bill to regulate Utah’s “troubled teenage industry”. The bill passed unanimously through the committee and now awaits a vote in the Utah government in the coming weeks.

Take 30% off the IMAGE Business Club this Black Friday

The John Lewis Christmas ad for 2021 is here!

Bella Hadid says working with Victoria’s Secret is a power move, but how can it be?

Zayn and Gigi have broken up and #WearewithZayn is already trending