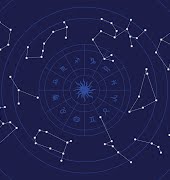 Fianna Fáil TD Robert Troy has resigned amid controversial property dealings. He said that his “biggest offence is [his] lack of due diligence”. The controversy comes amid calls for the Dáil Committee on Parliamentary Privileges and Oversight to investigate matters related to his property interests.

New Monkeypox vaccine advice could allow for the number of available doses to increase by five times. The National Immunisation Advisory Committee has said that the vaccine can be administered intradermally, which means just below the top layer of skin, and recommends a two-dose regimen given 28 days apart.

The widow of American professional basketball superstar Kobe Bryant has been awarded $16 million as part of a $31 million jury verdict against Los Angeles county. The NBA star, their 13-year-old daughter, and other victims were killed in the 2020 helicopter crash. Chris Chester, whose wife and daughter were also among those killed, was separately awarded $15 million.

Ghislaine Maxwell is being sued by legal firm Haddon, Morgan and Foreman for her failure to pay some $878,000 in fees to the lawyers that defended her against criminal charges. Convicted of sex trafficking and currently serving a 20-year sentence, Maxwell reportedly paid only “a small fraction of the amount owed” to her legal team.

The HSE has invited those over 50 to book a second Covid-19 booster vaccine via the HSE website, with jabs given at vaccination centres and through participating GP surgeries and pharmacies. Women more than 16 weeks pregnant, immunocompromised children aged 5-11, and 12-49 year olds with long-term health conditions are also being invited to register.

Invest In You: An evening to harness your full potential