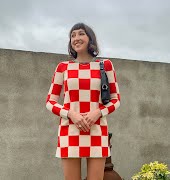 One of the most annoying aspects of shopping is the clear difference in dress sizes from shop to shop.

Online shopping has freed us from many shackles. There are no queues or irate staff. No chaotic rails or bothersome security tags.

And we no longer have to stand in cramped cubicles while fluorescent lights and five mirrors showcase angles of our body we didn’t know we had. We have our own IKEA mirrors and dimmed lighting for that, thank you very much. However, one thing it has not cast aside is unbalanced dress sizing.

Whether it’s in-store or online, the variation of sizing in brands is bewildering. I have lost count of the number of dressing rooms I have sobbed in. Looking at yourself in a mirror while you wail and simultaneously try and fail to zip up a dress is life-affirming in the worst possible way. Whenever this case of dramatics would come upon me, my mother would tell me again and again to ignore it. She warned me that sizes differed in every shop and not to take the number so personally.

As all mothers are, she was right but this idea is nonsensical.

Depending on the shop, my dress size can vary from a size 10 to a size 16. Just last week I tried on two different dresses from the same brand. The first was a 10. It fit me in all the right places from chest to hips. I tried on another dress, again in a size 10, but this incarnation wouldn’t go past my knees. Neither would the size 12. The size 14 – after some tugging and shoving – enveloped my body but I feared if I was to bend down, there would be a show which nobody asked to see.

I have come to a point in my life where I don’t care for the number on a garment. If it looks good and I feel good, the size doesn’t matter. Nevertheless, for many women, this isn’t the case. Size disparity can add significant weight and distress to body image issues.

In 2019, Chloe Martin tweeted in frustration a picture of five pairs of jeans in a size 12 from different retailers. The waistline of each was glaringly different and thus the tweet went viral. Women from around the world discussed their experiences and the effect it had on them and their confidence. 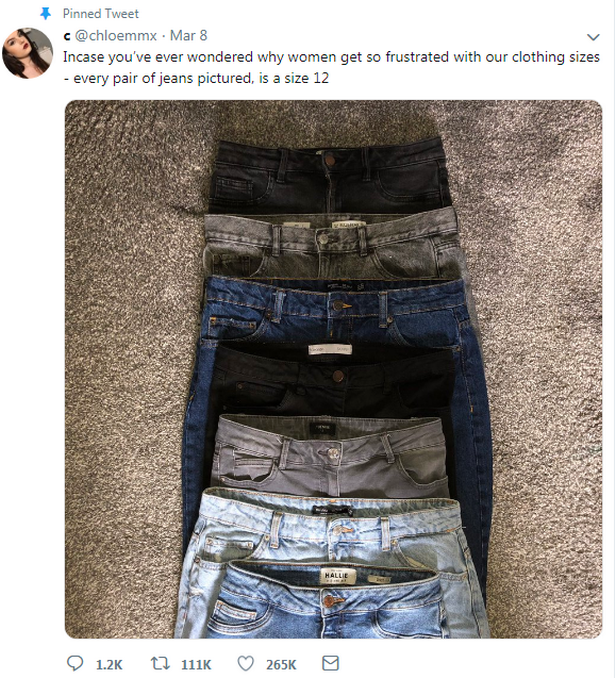 Speaking to the BBC following the tweet, Dr Simeon Gill, a lecturer in Fashion Technology at the University of Manchester said: “Sizing should be improved, but to do so would need to recognise population variability and requires more sizes or a fundamental change in how we provide products.

“Sizing for jeans – in fact, for all clothing – should be based directly on body measurements of the individual it is made to fit. There is no good reason that women’s jeans should not be sized as men’s jeans are, with waist and leg length. Most of this is about existing practices, and fear of change [and] lost sales.”

While sizing can sometimes depend on shape and design nuances, every woman will know how discouraging and painful it can be when the size you think you are suddenly isn’t. And while we shouldn’t care about the number (it does actually mean nothing), it’s easier said than done. Body positivity is well and good but we all have bad days. Insufficient sizing can make those niggly hours where you feel less than enough much more intense.

A concept called ‘vanity sizing’ has drastically changed sizing mechanisms over the years. The Washington Post wrote that after government standardisation in sizing in the US was abolished, it was left to retailers to define sizes as they saw fit. They realised they could compliment customers by making sizes smaller and thus increase sales. For example, a size 12 in 1958 was a size 6 in 2011.

The discrepancies don’t end there. The New York Times reported in 2011 that a size 8 waist measurement could differ by up to five inches depending on the designer.

Now we are a left with a system where retailers make their own rules when it comes to a sizing standard.

The annoying thing is, I have never heard a man complain about inconsistency in sizing. Theirs is a straightforward ratio give or take a few centimetres. It seems the sizing function has been utilised to highlight female insecurities.

It’s also aggravating. It’s a top that fits on your chest but is too tight on the sleeves. It’s a pair of jeans which fit on your hips but not your waist. And it’s the dream dress you marvelled at from afar but once put on stopped in its tracks at your waist.

Online shopping becomes an expensive hobby and more of a nuisance. Many women will be familiar with the trope of buying two or more of the same garment to safeguard against wrong sizing.

Though it may fall on deaf ears, the fashion industry has a lot to answer for. Clothes can have psychological ramifications. Current sizing excludes many body types and shapes. The problem runs much deeper for plus size women, who are neither catered for or thought of by many retailers. The idea of ‘universal sizing’ won’t work because as we know, each woman’s body is different but why make it more difficult by creating clothes which don’t even replicate the body size they are supposed to fit?

Until some radical change appears we wait here in limbo. Standing under the fluorescent lights and staring at the five mirrors while trying to squeeze into too-tight jeans.

Waiting and waiting for one of the most unsexy and unfashionable concepts known to man.

Upgrade your tea break with a cool new mug

Comfy, versatile and undeniably cool: Why everyone needs a graphic tee in their life