Earlier this month we reported that our favourite 1990s actress, Winona Ryder, scored the lead in one of Netflix’s as-yet-untitled supernatural drama. Now the fashion gods are smiling down on Jo March as she is revealed as the latest Marc Jacobs muse.

Winona joins Cher and Willow Smith in the autumn/winter 2015 campaign photographed by David Sims that is gaining plaudits for its use of women with amazing careers. The clothes aren’t too bad either. Winona’s photos are a little bit more overtly playful than the others. Exhibit A: a mussed up cat ear bob. 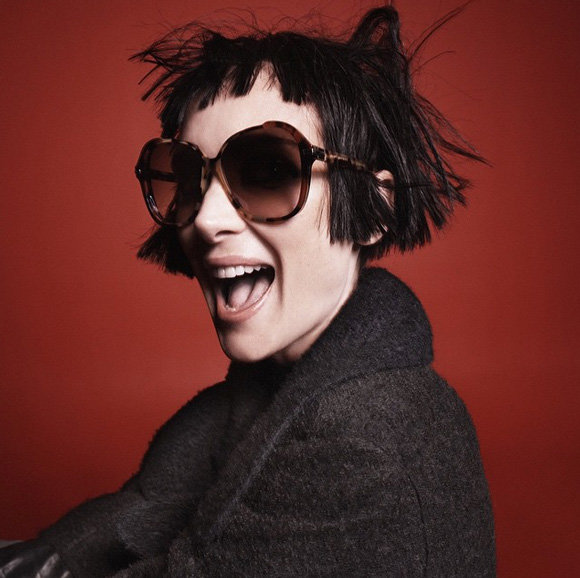 Exhibit B: a stepladder. 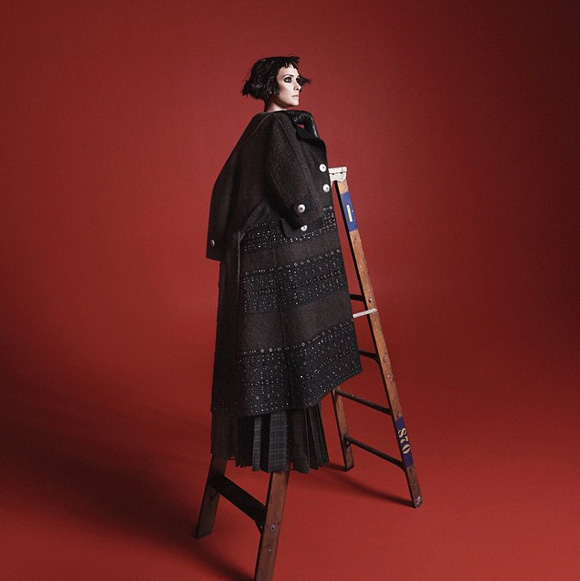 The Reality Bites actress and Jacobs have been friends for over 15 years and she famously wore his designs during her high profile shoplifting trial in 2003. In the end, Winona paid fines and was given three years probation, which she served without incident. Her career following this media storm was subdued, marked by appearances in Star Trek and Black Swan. When Jacobs announced the news that Winona was to be one of his brand ambassadors he didn’t hold back on the compliments. ?I love her wit, energy and besides being a great talent, she is a great friend!? he wrote.

This isn’t Winona’s first fashion campaign rodeo. In 2003, just after her trial, she featured in a Marc Jacobs campaign. (They really are pals) And this time last year she fronted a womenswear print campaign for Rag & Bone.

As regards her upcoming Netflix show, details are skim but the plot is being touted as a tribute to the conspiracy scripts of the 1980s. Winona is to play the mother of an abducted child who tries to uncover governmental conspiracies while also dealing with supernatural elements. Considering Winona starred in such classics as Beetlejuice and Heathers, we think this endeavour will suit her quirky talents very nicely. And when it comes to her Marc Jacobs job, she did look great at her trial in fairness.