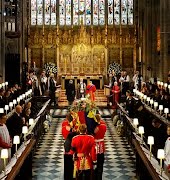 Have you heard the good news? The X-Files is risen! Yes, that late night staple of 1990s television is getting a comeback, which means Gillian Anderson AKA the consummate professional FBI agent Dana Scully will be returning to our screens.

Yesterday television network Fox announced it would be broadcasting six episodes of the show that brought us the unbeatable chemistry of alien chaser Fox Mulder and chronic sceptic Dana Scully. Both lead actors David Duchovny and Gillian Anderson are set to reprise their roles with Gillian sharing the news on Twitter immediately.

Apparently the six episode run will mark a ?thrilling chapter of Mulder and Scully?, according to a statement from Fox.

With Gillian on board, you know things are going to be good. After all, Ms Anderson has had something of a home-run on the small screen of late, with her Detective Stella Gibson of BBC crime drama The Fall being every thinking woman’s brain and style crush. Here we take a sartorial look at why we love the GA.

Gillian’s career really began with The X-Files. She auditioned when she was 24, and landed the role in spite of her age and experience. ?As you can see in the gallery above, her first attempts at the red carpet weren’t exactly successes, but that flame hair did help.

While Gillian stopped being a constant sight on screens following the finale epsiode of? The X-Files in 2002, she took to the stage, garnering critical acclaim on the West End in A Doll’s House and more recently in A Streetcar Named Desire. Throughout this career transition her wardrobe transforms from light silky dresses to structured outfits that have what your mother would call ‘presence’.

In 2012 she attended the BAFTAs in vintage Sybil Connolly, the Irish designer who had an atelier on Merrion Square.

Gillian reprised her tendency towards vintage at the Elle Style Awards that same year, wearing a yellow 1965 gown from William Vintage.

Her formal choices channel the characters she plays on television – be they cool and collected FBI agents or Belfast-based detectives trying to catch a killer. There’s a professional finish to her work that we can’t help but applaud. Glad to have you back, Scully.