Should Brands Worship Vogue When Kylie Jenner Is More Influential?

Though sartorial mavens the world over may shake their heads in disapproval of Kylie Jenner’s style power, her ability to command the attention of the fashion world cannot be denied. If she left her house in a burlap sack, cinched in at the waist with barbed-wire, the world’s supply of said products would soon be endangered, such is her unwavering influence. A leading designer may hope their clothing will attract a more mature demographic but what happens when Kylie steps out in one of your items? If you’re in the business of making money, as designer label Houghton is, you embrace it, you support it, and you certainly don’t turn your nose up at it.

In an interview with Cosmopolitan, the designer from NYC spoke of what happened when the youngest of the Jenner/Kardashian clan took a dress that was originally meant for Kendall and got papped outside her sister Kim’s book signing wearing the black and blue ensemble.

The following morning, the internet was on fire with various bargain hunters and influential bloggers beavering away in an attempt to find ways that fans of the ensemble could get the look at a more affordable price. The Houghton shirt dress retailed at $1475 and unfortunately for the designer who didn’t see this coming, the dress was part of her spring collection, was no longer in store and the Italian material with which it had been made had been discontinued. A major missed opportunity were they not in a position to act fast.

Then, in what we can only imagine was like a scene straight out of The Devil Wears Prada, designer Katharine Polk sent her crack team into the garment district where they were to return with the next best thing so that they could put the dress back into production. They succeeded (phew!), and they managed to get 25 dresses back online at a more affordable price point.

Within days, the shirt dresses had completely sold out and at that stage we’d be shocked if H&M and other high street giants hadn’t come across with their own take. “Every time one of the big Kylie fan sites or Instagram accounts would post the pic of her and tag our brand, we would sell a dress,” Polk tells Cosmopolitan.

Further testament to Kylie’s power, Polk notes that this wasn’t the first time her creations had caught the attention of the fashion world. Already, her work had been pictured in the world’s biggest fashion magazines, from Vogue to Harpers Bazaar, but not a single one of these style bibles garnered the same results. 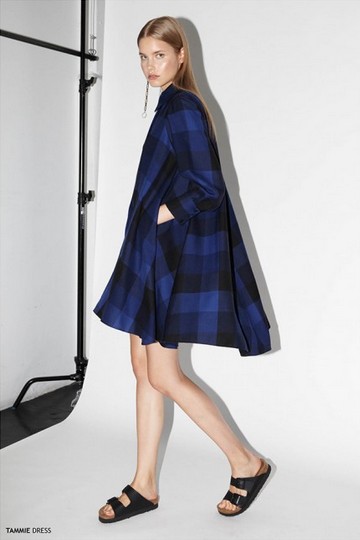 Come to think of it, the youngest Jenner sister is probably just as influential, if not more so, than the future Queen of England, Kate Middleton, when it comes to fashion.

Is it time to take note? 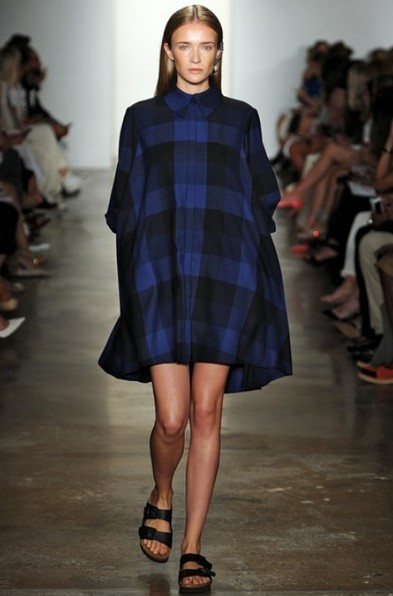 Designer?Katharine Polk has decided to roll with it. “There are no other people who wear a piece of clothing and have the sell-through that [the Kardashian/Jenners] do. People want to look like them more than anyone else and the only way to achieve that other than plastic surgery is to buy what they are wearing … I’m super grateful and happy to support them and be a part of what they are doing.”

For more of Houghton’s designs – including a gorgeous bridal collection – check out their website.