The best fashion moments from London Fashion Week this weekend

London Fashion Week is in full swing and the edgiest out of the four sisters isn’t disappointing.

Over the weekend, designers such as Simone Rocha, Roksanda Illincic, Richard Quinn and Tommy Hilfiger showcased their AW 20 collections.

The effects of Storm Dennis couldn’t dampen the sparkle of both the designers and the attendees and we were left with some serious fashion moments over the weekend.

To keep up to date with all that is happening at London Fashion Week, make sure to keep an eye on the image.ie Instagram page where our Beauty Editor Holly O’ Neill is backstage at some of the biggest shows. 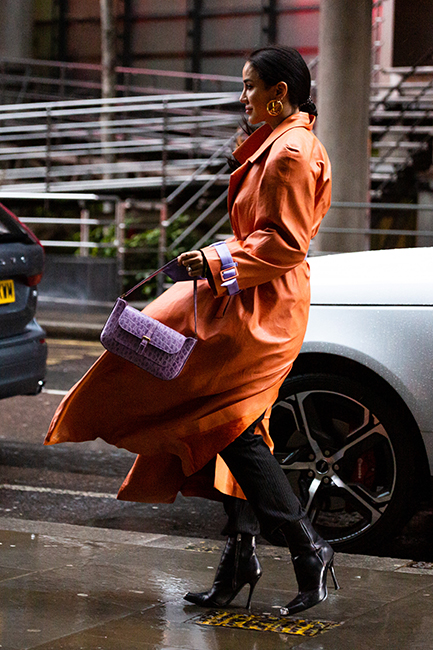 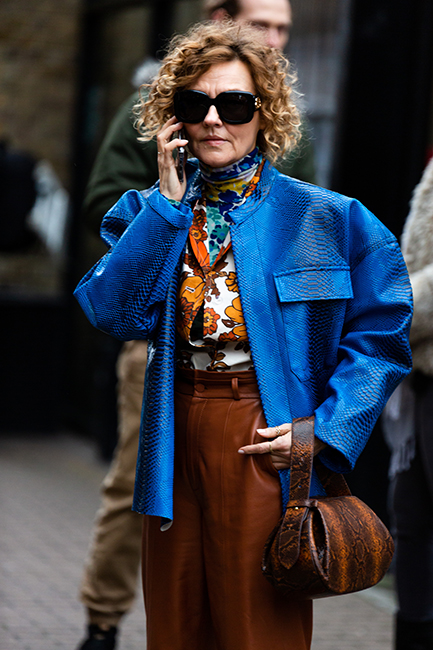 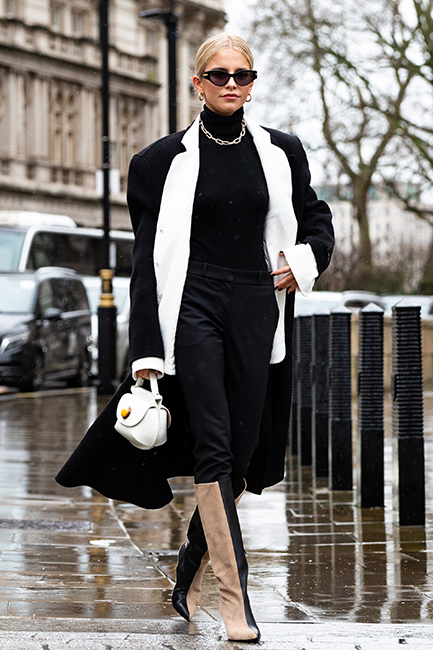 The wrath of Storm Dennis could not stop the fashion elite from showing off their style credentials over the weekend. Bright colours were seen fighting the elements, as were more classic base tones. Like New York Fashion Week, leather was a key trend as was going to shows without an umbrella.

After the Simone Rocha show, I think its safe to say that the IMAGE team knows exactly what designer is at the top of their wedding dress wishlist. The designers AW 20 collection was full of ivory creations perfect for the alternative bride with dramatic face-covering lace veils and sumptuous puff skirts.

The Serbian fashion designer proved once again she knows exactly how to dress a woman. Her AW 20 dresses, in particular, were a masterclass in movement and light. Draping effortlessly on the body and moving with the woman and not against her – which is everything we want in a good dress. The show was also a starstudded event with Cate Blanchette and Vanessa Redgrave sitting in the front row.

Richard Quinn’s rise to the top of the fashion pile is quite remarkable but not surprising. The London-based designer has made waves since winning the inaugural Queen Elizabeth II Award for British Design in 2018. Since then, he has dressed some of the world’s most high-profile women from Amal Clooney to Kendall Jenner. His show on Saturday evening was laden with confetti, euphoria and exquisite design. His signature floral prints were still present as were the voluminous gowns. However, the most exciting aspect of the show was the designer’s first foray into menswear.

Tommy Hilfiger’s model lineup was far removed from the usual. Featuring legendary models Naomi Campbell, Erin O’ Connor, and Alessandra Ambrosio, F1 driver Lewis Hamilton and singer H.E.R – it was a celebrity feast. The see-now-buy-now fashion showcase of the Lewis Hamilton and H.E.R collaboration took place at the Tate Modern while a crew of live singers rapped and danced behind the models.

In the image of Victoria

Victoria Beckham’s show is always a talking point from her family to the clothes and this season was no different. She unveiled the collection at the opulent Whitehall’s Banqueting Hall but the clothes were far from making a fuss. Last season she made colour the focal point but this time the hues were more subdued. Streamlined silhouettes and easy to wear dresses were on the menu and both could not be more welcome. Plus, the models walked along a mirrored runway and we think we might just need to install one in the office.

Read more: It’s day two at London Fashion Week and everyone is wearing this waterproof jacket

Read more: Just 10 of the best outfits I’ve saved on Instagram this week