Kate Middleton has helped another high street item of clothing sell out within hours. Last month it was a Breton top and this week it’s a red dress from L.K. Bennett. 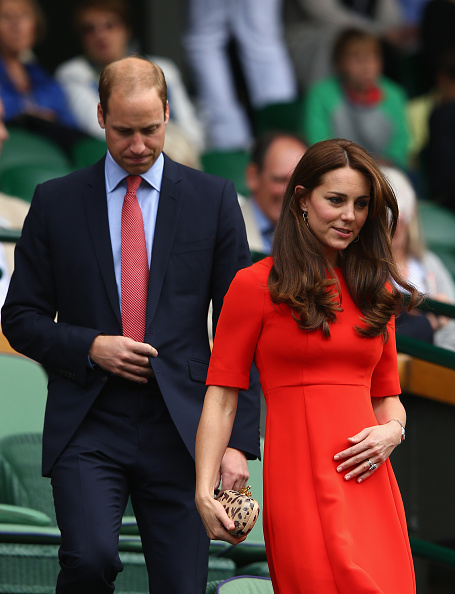 The Duke and Duchess of Cambridge attended Wimbledon yesterday, as they do every year because, and Kate got all the attention. There are two reasons for this. One, she’s one of the most famous women slash princesses in the world. Two, she looked great. The dress was simple, flattering, and really pretty, meaning everyone who wasn’t living in dread of checking her bank balance wanted it. Also, it matched Prince George’s baptism get-up from the weekend past. We love this new fiery royal wardrobe.

Sure, Andy Murray and Vasek Pospisil were playing on the court, but the now mother-of-two stole the show. (Andy Murray won and will play Roger Federer AKA Anna Wintour’s pal in the semi-finals tomorrow.) Can we take a moment of impressed silence for Kate’s blow dry? Like, look at it! It’s too good. Rounds of applause for a woman we knows has a staff but does wealth so very well. 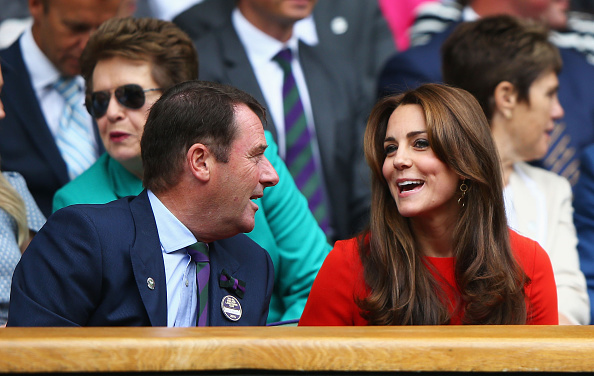 The dress, which is listed on the L.K. Bennett London site as the Cayla Long Dress, costs €250 and is currently out of stock online. The Kate Effect, kicked off when she announced her engagement to Prince William in a navy Issa dress, is strong and well. Although Prince George is doing quite well at helping the fashion industry too. His crocs wearing day out last month saw sales increase by 1,500%.

Considering Andy Murray is playing again this week, expect another fashion moment from Kate that will send add-to-baskets soaring. In recent months, she’s helped put Madderson London on the map after wearing one of their maternity dresses to an official engagement and last month wore a Me+Em striped top that led to a frenzied waiting list.