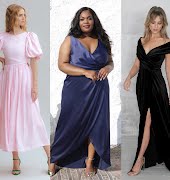 In the past few years, Kim Kardashian has transitioned from noughties Hollywood rat pack member to genuine fashion icon. She’s a regular in the front row at fashion month, toting a screaming baby North, and seems to be one of Olivier Rousteing of favourite clients. The?Balmain designer even makes couture for her daughter. They are that tight.

However, despite Kim’s black book of zeitgeist fashion insiders, her most influential relationship is that with?Givenchy designer Riccardo Tisci, who designed her wedding dress. The two are regular red carpet collaborators and friends. But don’t expect?Tisci to watch Keeping Up With The Kardashians. Kim’s fame is not why he first worked with her – he says, ?I don’t dress people just to have somebody on the red carpet.? Actually, the blossoming of the fruitful partnership was down to an old-fashioned introduction via Kim’s husband, Kanye West.

?I met Kim first through Kanye because I worked with Kanye and we’re really close friends,??Tisci told Ariel Foxman in an interview for Time magazine. However,?Tisci isn’t close to Kim out of social obligation. He fiercely admires her.??Kim’s a hard worker, an amazing girl,? he said. The Kardashian love doesn’t end there. Kourtney is ?’really beautiful and really elegant” and he’s proud of how Givenchy helped start Kendall Jenner’s career. But he only deals with the women in real life. Not on screen. ?I promise today that I didn’t see one episode of (Keeping Up With The Kardashians),” he says of the show that spawned the phenomena.

That’s all well and good,?Riccardo, but why haven’t we seen a photo of baby Saint yet?