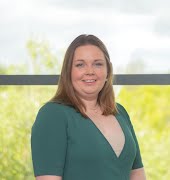 There’s something about changing fashion seasons that put us on edge, but a good tingly suspenseful way. Yesterday morning the Pillar Room of the Rotunda hosted Arnotts Autumn/Winter €14 show and we liked what we saw. After cleaning off a greedy amount of berry and crepe skewers frosted with caster sugar, we sat down with the rest of Dublin’s fashion mavens for a devouring glance at what one of the country’s pre-eminent department stores dictates we’ll be wearing when the leaves start changing colour.? Amid the high pillars of the period setting models sashayed down the runway in next season’s finest labels, including core Arnotts brands such Tara Jarmon, Orla Kiely, Goat, MMissoni, Milly and Halston Heritage, and our inner cinephile perked up. It was all very much a parade of Hitchcock heroine chic – simply cut coats in neutral shades and tailored dresses reigned.

If you haven’t seen the 1960s crime caper Charade, in which Audrey Hepburn and Cary Grant flirt obscenely in Paris while half-heartedly solving a MacGuffin of a mystery, then you’ll know whom exactly you’re supposed to emulate. The Stanley Donen directed movie has one of the most under-rated screen wardrobes from the decade that style will never truly abandon. Endless Givenchy is all we’re sayin?. Perhaps our favourite nod to that achingly cool era at yesterday’s show was the leather gloves. If there’s ever an accessory that makes us lust after Fall it might be these.

New brands such as Raoul – a favourite of Kate Middleton’s – also made their Arnotts premi’re. The Swedes and Parisians are also showing fashion face for the first time this year with the introduction of House of Dagmar and Pablo Gerard Darel.

Have a look through the gallery above for some of our choice looks.