They’re both 36-years-old, but when they took their seats at Centre Court on Saturday to watch the Wimbledon Women’s Final, they looked like they could each be from a different generation. Meghan Markle’s contemporary court-side look, courtesy of Ralph Lauren, was fresh and youthful, but sophisticated too. A crisp, striped, button-down shirt and white wide-leg pants – complete with trilby (how cool!) – looked so unexpected on a Royal. But it hit the mark perfectly. And with her hair tied back in a messy bun, Meghan looked utterly relaxed, but more importantly, she looked like herself, rather than someone trying to appear “Royal”.

Kate on the other hand chose a polka dot dress with nude heels. A polka dot print generally looks youthful and fresh, but unfortunately the cut of Kate’s dress gave her a slightly frumpy appearance. The hemline was that awkward on-the-knee length (she would do well to try a midi dress), while the gathered shoulder and waist looked fussy rather than chic. The nude spindle heel and box handbag (much to Queen Elizabeth II) aged the look even further.

Poor Kate. Beside the modernity and freshness of Meghan’s ensemble, she just looked a little dreary. What a difference a pop of colour made the following day, though, when she showed up with Prince William at the Men’s Final wearing a bright yellow Dolce & Gabbana dress with fluted sleeves. Even her hair looked more modern. The tired old “Hollywood wave” she relies on was not so obvious. Instead, her curls looked more natural and a little less “done”. 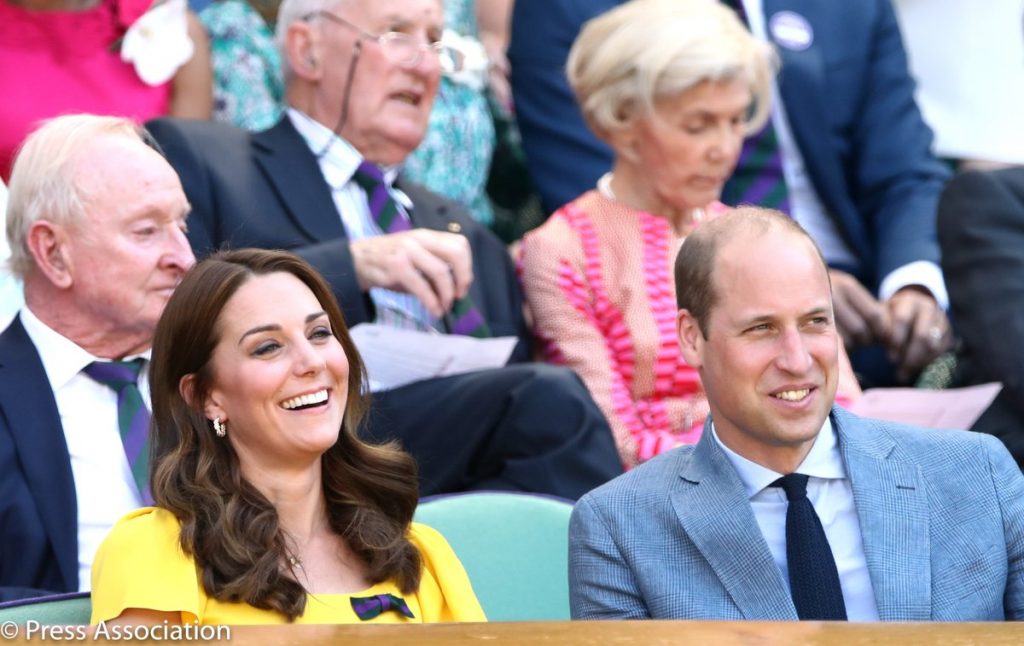 Maybe Meghan’s instinctive sense of style is starting to rub off on Kate. She has a long way to go if she’s to equal her new sister-in-law in the fashion stakes, but here’s hoping.

Why should skincare stop at your face? Here’s how to give your entire body some TLC