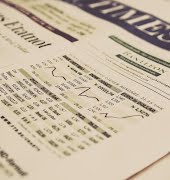 It’s associated with both the coolness of Kate Moss and the clumsiness of Inspector Clouseau. The trench coat has divided ranks in the IMAGE offices; here our fashion director Marie Kelly and digital editor Dominique McMullan go head-to-head.

“My wardrobe is full of colourful patterns and clashing prints. I love experimenting with clothes and get real joy from choosing what to wear every day. I usually lay out my outfit the night before, and the thought of it helps get me get out of bed the following morning if I’m feeling a little bleary-eyed.

“I love putting unexpected pieces together, and not taking it all too seriously. I could never be accused of being “safe” with what I choose to wear; in fact, I probably experiment with trends a little too enthusiastically at times. This considered, some people might be surprised by my love of the simple camel trench coat.

“Despite my love of fashion, there are days when sartorial inspiration leaves me. If I am not working, I will pull on my trusty Lululemons. But on working days, when leggings don’t cut it, the first thing I reach for is my trench. It immediately upgrades whatever I have on to “smart”, and doesn’t involve much brain power. 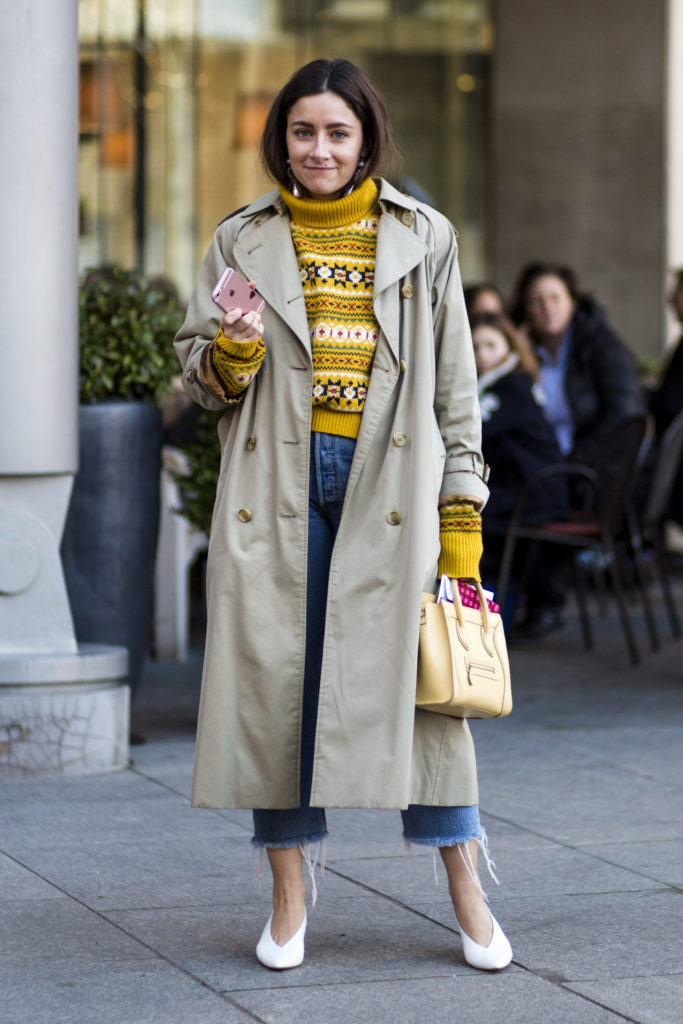 “The trench coat is a classic for a reason. To exist in the real world with a wardrobe like mine, you need a few key items like a trench to build around. It plays the perfect support act for every outfit. I can pair it with runners and a hoodie, or heels and a patterned blouse – it looks equally great with both. It complements my wardrobe and makes me feel confident. Who doesn’t want to be able to grab something as they are walking out the door, which leaves them feeling powerful, neat and effortless?

“I like to think that a trench coat is shorthand for someone who knows about fashion, and invests in the classics. Like a white shirt or a straight-leg jean, it is a piece that whispers rather than roars. It is universally flattering, with its cinched-in, belted waist, structure and shape. It is utilitarian, meaning you can head out come rain or shine. With its origins in WWII, it has a rich history and has been deconstructed and reconstructed by every designer from Burberry to Balenciaga. And if it’s good enough for them, it’s good enough for me.”

“Inspector Gadget. That’s the first image that forms in my mind when I think of a traditional camel trench coat. Followed closely by Inspector Clouseau. Both are very irritating television characters from my early childhood, and each could best be described as incompetent, clumsy and somewhat clueless. Neither had an ounce of self-awareness, however, so both bumbled along through life in a mist of ignorant bliss. The trench coats they wore were like clever sartorial devices used to trick others into believing they were super-sleuths. They wore “serious” overcoats so they must be serious individuals, right? Not so.

“I think these early childhood impressions coloured my view of trench coats for the rest of my life. When I see a woman wearing one, I still can’t help thinking that she’s trying too hard… to be taken seriously, to look “classic”, to seem sophisticated and grown up, or perhaps to look like Kate Moss and Cara Delevingne in that iconic Burberry campaign. 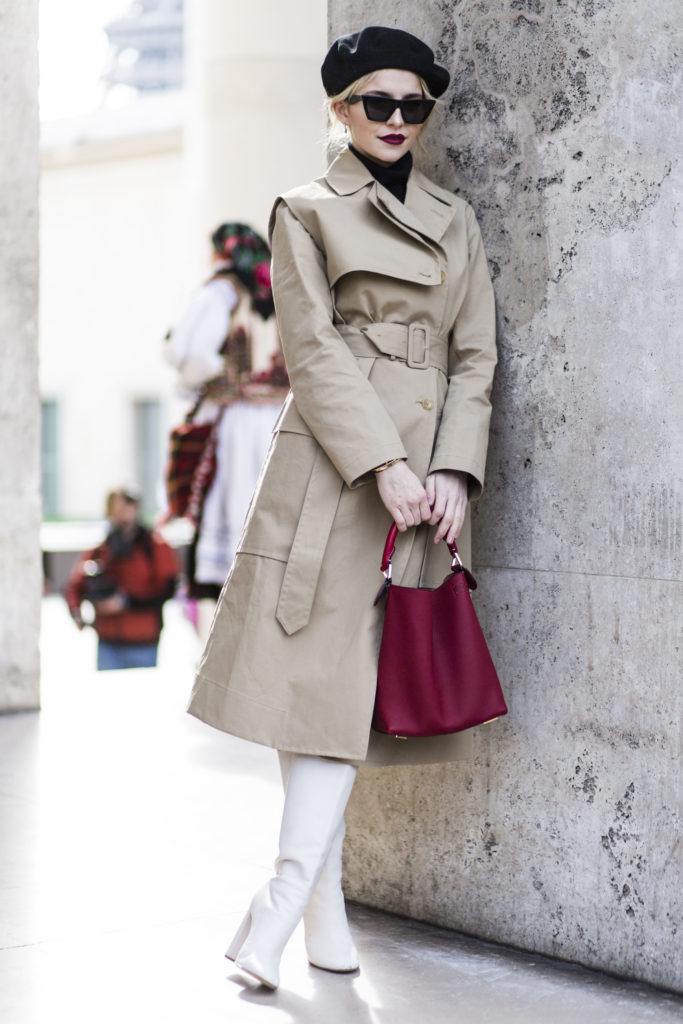 “I’ve made this same mistake myself in the past. Many years ago, not long after arriving in London, I abandoned the outerwear I knew suited me – tailored blazers and masculine cut coats – in favour of a classic trench coat, because I thought that’s what I should be wearing to my first proper job in a large publishing house.

“With the upgrade in salary and status, I lost sight of what suited me in favour of a so-called “hero” piece. But the coat overwhelmed me. It looked sloppy on my shoulders, too long for my 5’ 6” frame and the particular shade of underdone biscuit drained my already pale face. I looked as though I had read some generic style handbook on how professional women should dress to be taken seriously in the workplace.

“I learned then that, sartorially speaking, the harder you try, the more it looks like a lie. Although fashion commentators always insist trench coats are a wardrobe stalwart, I have never come round to them. And anyway, why opt for a piece as ubiquitous as this, when there are so many incredible outerwear options available this season? I’d much rather the elegant drape of a cape, the texture and pinsharp impact of a military wool coat or the utilitarian cool and cosiness of a parka.

“So forget all this talk of classic items and hero pieces. Instead, choose a coat that speaks to you.” 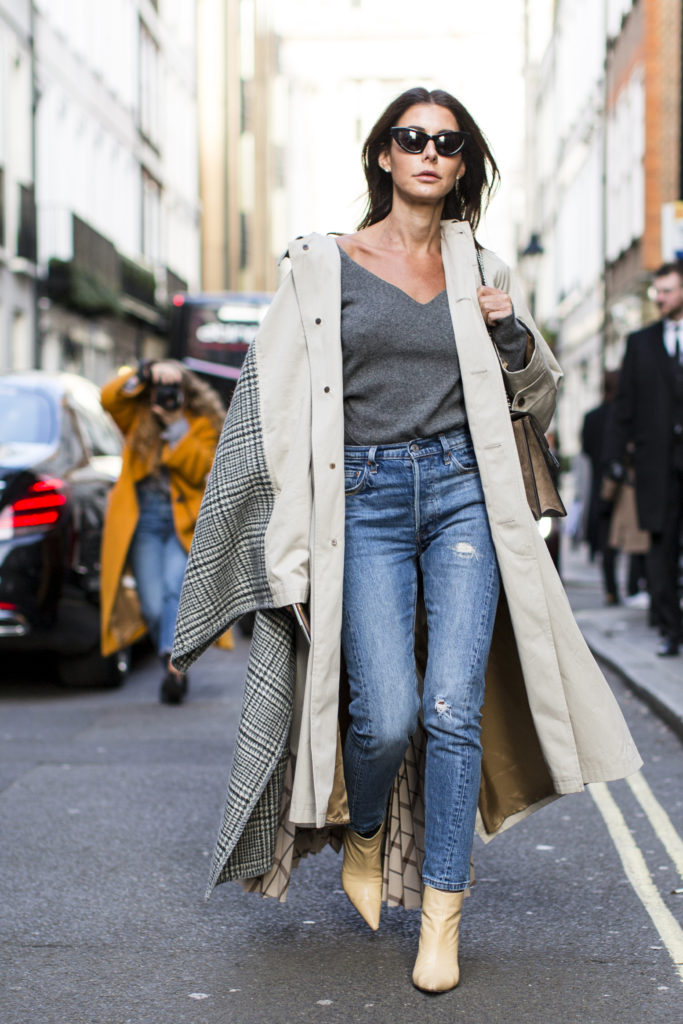 This article first appeared in the October issue of IMAGE magazine, on shelves now. 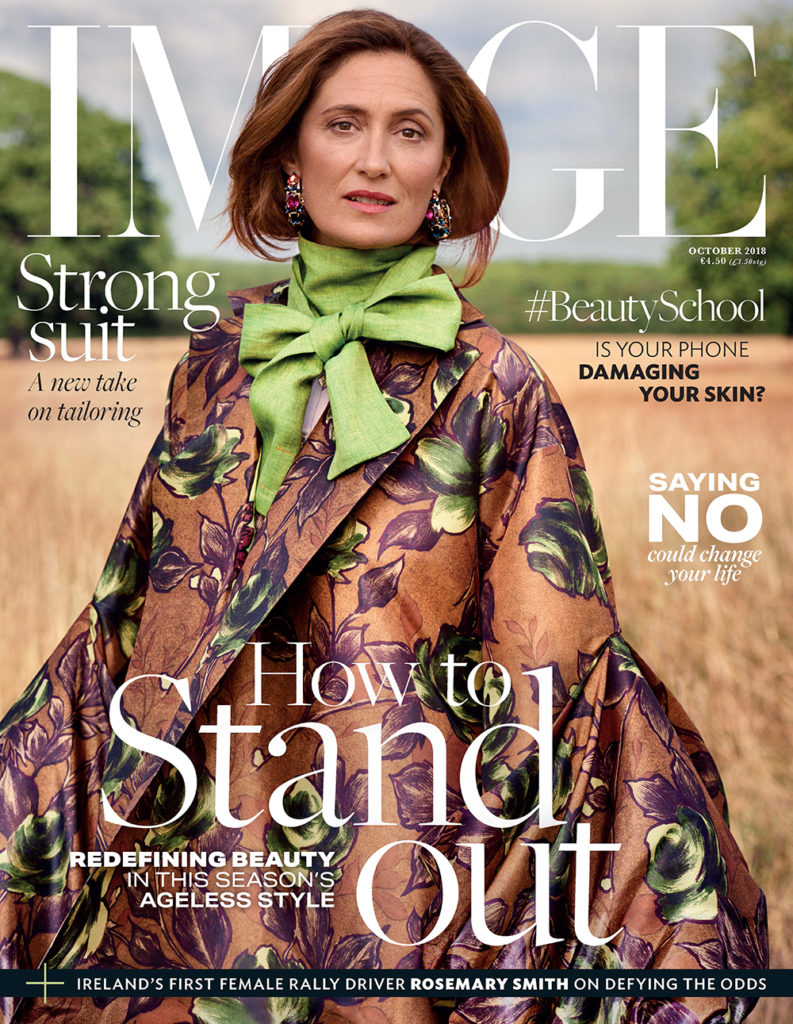 40 trendy transitional coats that will make autumnal dressing a breeze