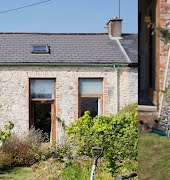 The jump from one to two children: “I was afraid I’d used up all my...

She transformed herself from Wag to serious fashion player. Here’s how Victoria Beckham became the woman we all want to emulate.

1 DON?T BE OVERTLY SEXY Since her reinvention as a fashion force to be reckoned with, designer Victoria Beckham?has put paid to the days of cut-off shorts and busty T-shirts (remember the 2006 World Cup?!). Now she sticks firmly to that very important style rule – legs or d?colletage and arms, but never both. And very often, it’s neither. 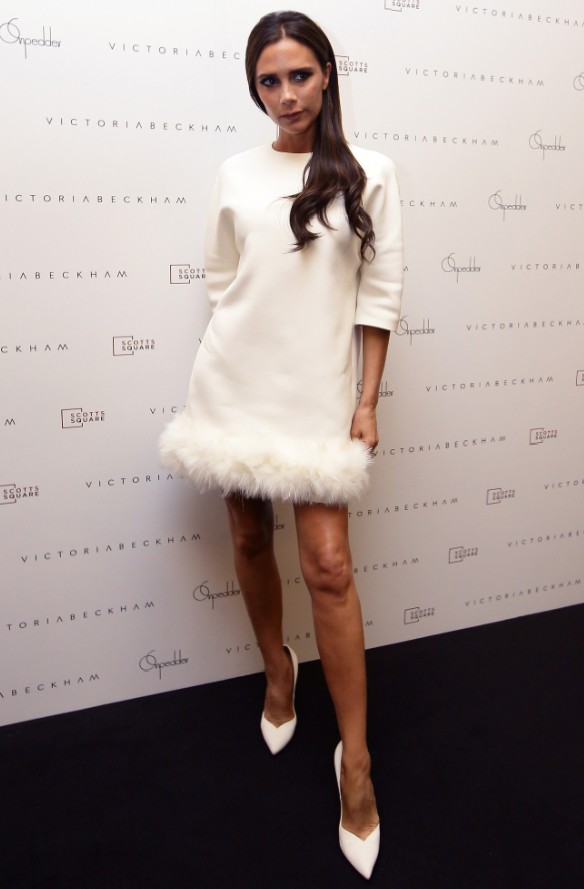 2 AVOID PASSING TRENDS Beckham’does that very clever thing of nodding to trends without?being slavish to them. Her outfits incorporate key’seasonal colours and on-trend cuts (cropped pants, flared jeans, skater skirts), but her look is?always anchored in sophisticated basics. She never looks??out of date? because she doesn’t go overboard with trends. With Beckham, it’s all in the detail. 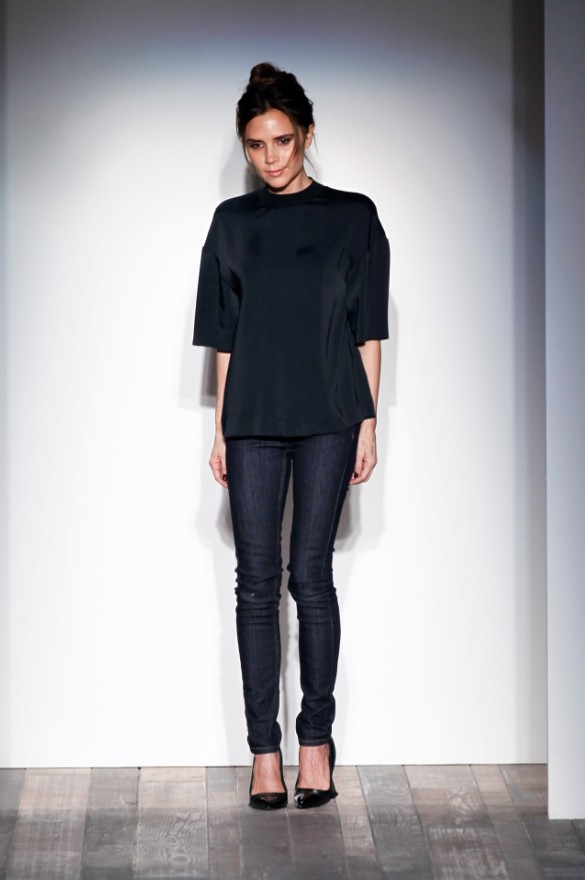 3 CHOOSE PATTERN WITH CARE She rarely?wears pattern. Instead Beckham chooses neutrals that can be easily mixed and matched. When she does choose a print, it’s usually a classic stripe or check. 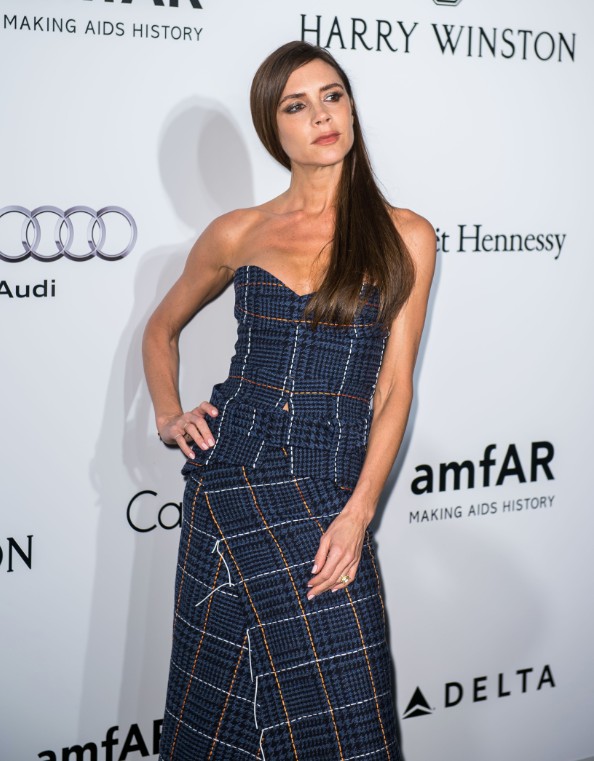 4 HAVE A UNIFORM Whereas in her former life as a Wag, Beckham was almost’desperate to show she was trend?aware, now, like most other style-savvy women, she adopts a day-to-day uniform of smart separates. Skinny?jeans, military-style coats, plain sweaters and court shoes are her signature style. She avoids that fashion trap of looking overly fussy or ‘done?. She has also moved on from the frequently changing hairstyles and settled on elegant locks with a soft wave, which she wears swept up?or in a chic low ponytail. 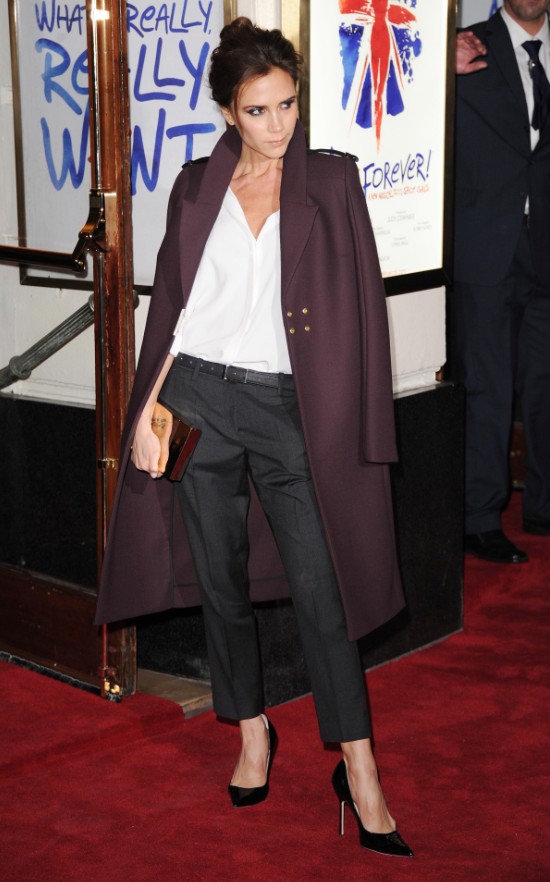 5 DON?T LET YOUR STYLE STAGNATE Having a’signature style only works if you’re smart enough to know how to keep it fresh. Beckham understands the importance?of texture, and the difference subtle detailing can make to streamlined pieces. Her label?is founded on interesting but understated design details like asymmetric hems, cut-outs and modern draping. 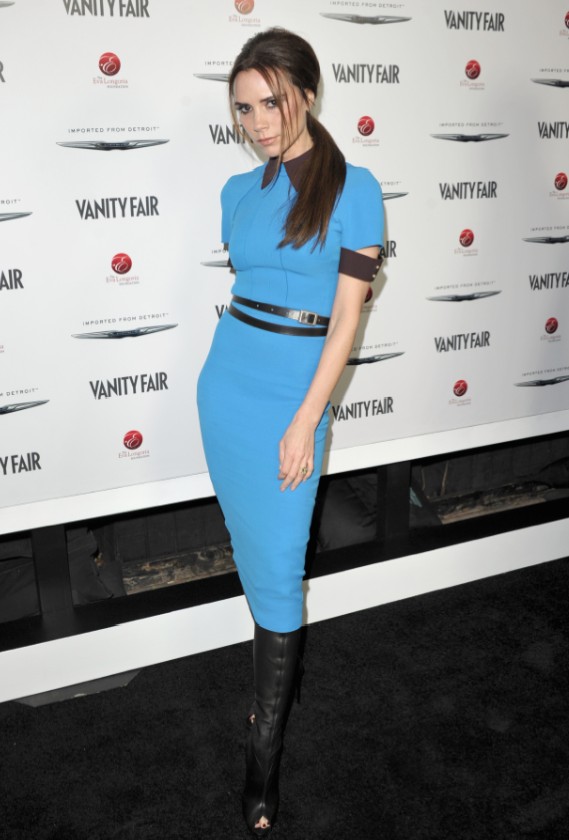 6 IF IN DOUBT, OPT FOR PRECISION?TAILORING?Beckham sticks to well-cut separates in flattering shapes. Even her eveningwear tends to be beautifully streamlined and exquisitely tailored. Gone are the days of the floaty Cavalli gowns and the super-tight bandage dresses. Beckham’s style, both day and night, is grown-up and pared back. The cut is king. As she’s said herself, when you’re in your forties, tailored is better than tight. 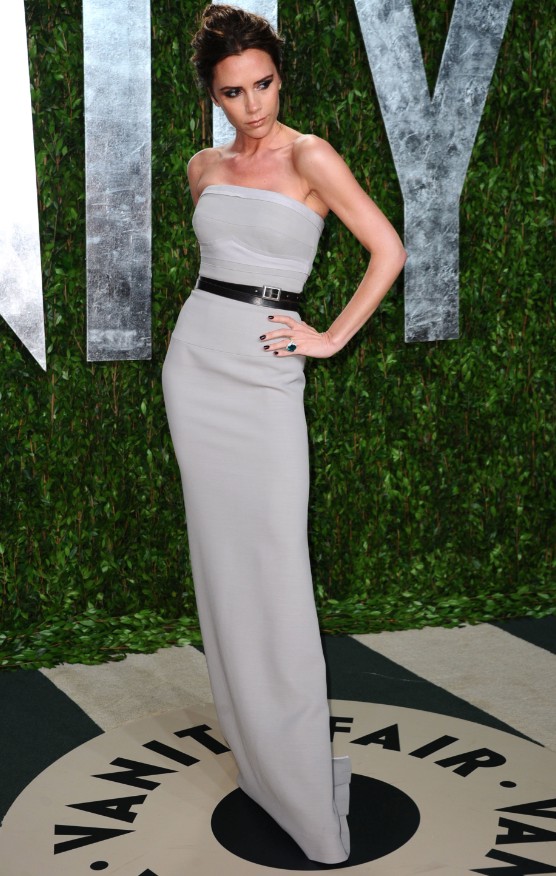 7?ACCESSORISE It’s all about the bags for Beckham.?She is rarely seen without a fabulous handbag, be it a super-sized tote, a neat baguette or a slick clutch. They’re her signature and it’s no surprise that she chose to expand her label to include handbags. Apart from the hold-alls, she keeps her accessories pretty simple – an ornate cuff?or a cocktail ring perhaps. And those oversized sunnies, of course, which have become as much Beckham’s trademark as they have Anna Wintour’s. 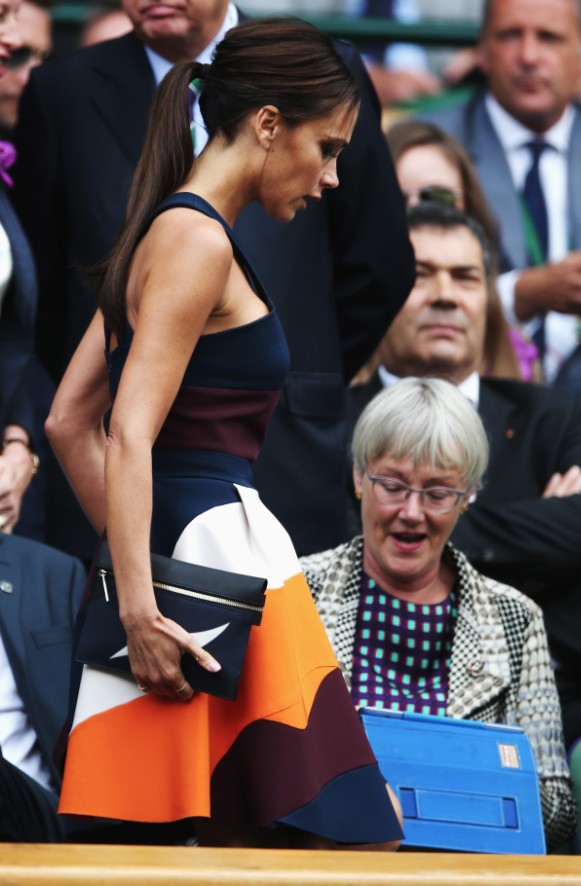 8?BORROW FROM ANOTHER ERA She’s?famously said Audrey Hepburn?is her style icon, and Beckham has always incorporated a 1950s feel to her look. Simple black shift dresses, pencil skirts and ankle-grazing trousers are staples of Beckham’s wardrobe and?hark back to the iconic actress’s heyday. They create a simple but well-defined silhouette that has been another hallmark of Beckham’s style. And the chic chignon she wears sometimes adds to this elegantly retro feel. 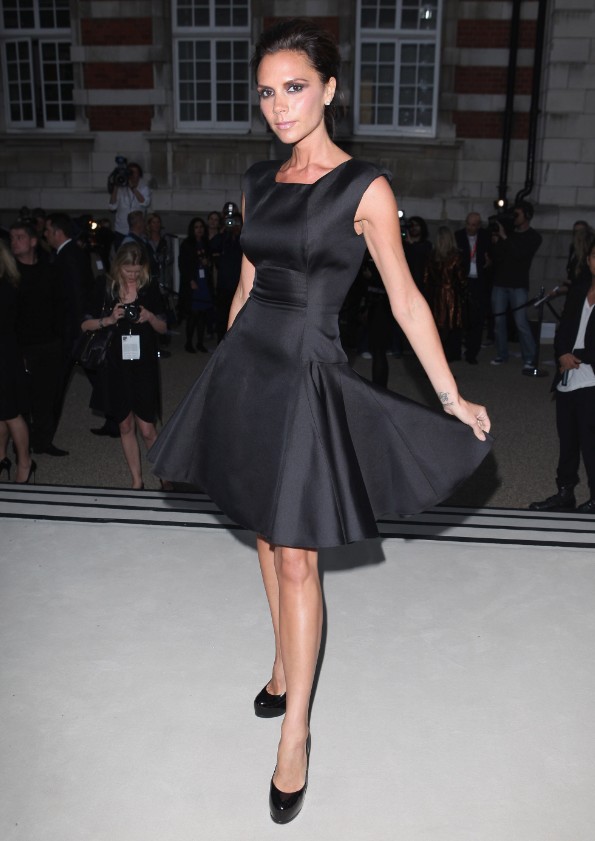 9?DON?T IGNORE COLOUR Beckham?understands that neutrals sometimes need a punch of colour to elevate an outfit. Each of her collections is grounded?in wearable greys, whites, navy and black, but punctuated with?a colour pop. In her pre-fall collection, warm raspberry red featured, while her fall collection offered a vibrant pop of mustard. Beckham is clever enough to offer something unexpected in each collection. Similarly, though her wardrobe is made up mostly of neutrals, she never fails to surprise, with flashes of electric blue and zesty yellow. 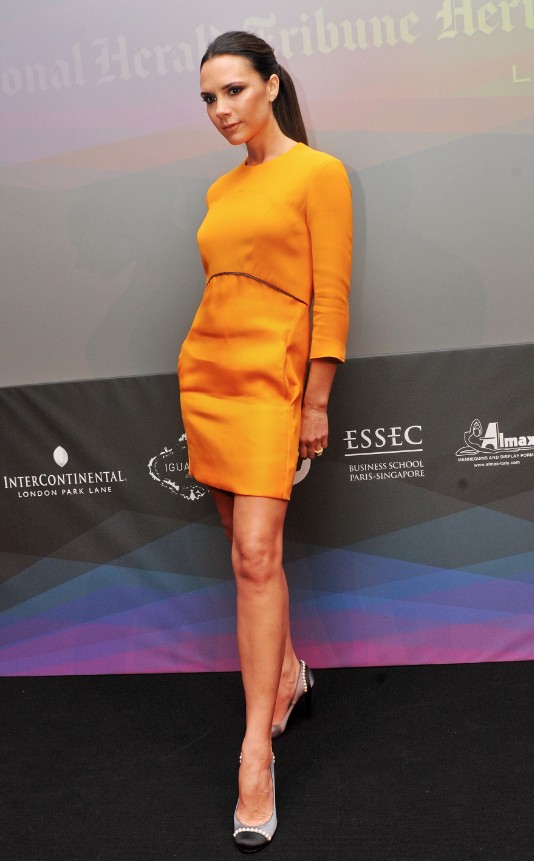 Sick of the clutter? How to detox your wardrobe (and not regret it post-lockdown)

If months at home has left you wondering how you ever put an outfit together, you’re not alone — enter these easy to wear jumpsuits

Buying second-hand is a more sustainable and affordable way to shop designer handbags, so with stores remaining shut for the moment, thankfully there are trusted retailers offering great options online.

Marianne Smyth, aka @smythsisters, on her essential summer wardrobe staples

The apps to digitally organise your wardrobe like Cher in Clueless

Ahh, non-loungewear clothing: remember it?  In my seemingly permanent state...