7 Of The Best Fashion Exhibitions To See This Year

Looking for something out-of-the-ordinary to do over the summer? Fashion exhibitions are a brilliant way to dive into the industries deep-rooted history?while getting a glimpse?into different trends throughout different?periods (plus it’s an excuse for a trip abroad too). Here are 7?of the best fashion exhibitions this year and where you can find them. 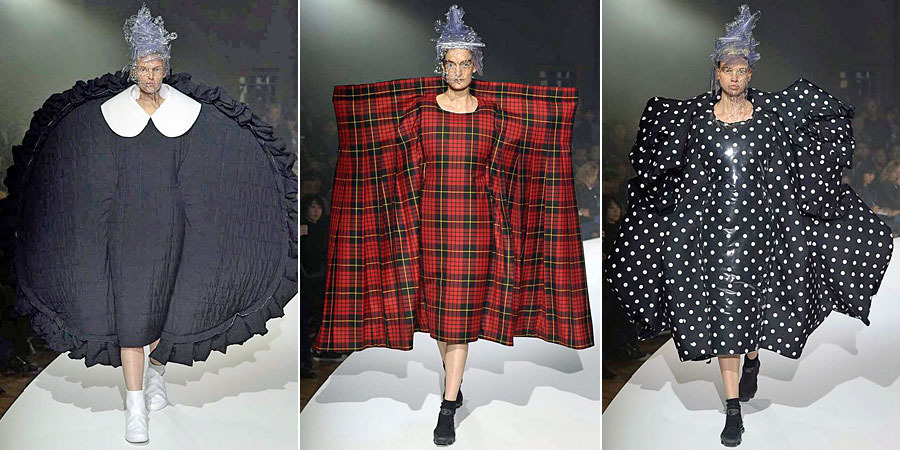 The Costume Institute’s spring 2017 exhibition will be?Rei Kawakubo/Comme des Gar?ons, on view from May 4 through September 4, 2017.?Presented in the Museum’s Iris and B. Gerald Cantor Exhibition Hall on the second floor, the exhibition will examine Kawakubo’s fascination with interstitially; or the space between boundaries. The exhibition will feature approximately 120 examples of Kawakubo’s womenswear designs for Comme des Gar?ons, dating from her first Paris runway show in 1981 to her most recent collection. Organised thematically rather than chronologically, the examples will examine Kawakubo’s revolutionary experiments in interstitially, or ?in-betweenness??the space between boundaries.?By situating her designs within and between dualities such as East/West, male/female, and past/present, Kawakubo not only challenges the rigidity and artificiality of such binaries?but also resolves and dissolves them. To reflect this, mannequins will be arranged at eye level with no physical barriers, thereby dissolving the usual distance between objects on display and museum visitors, according to the official Met Museum website. For up to date information and ticket enquiries click?here. 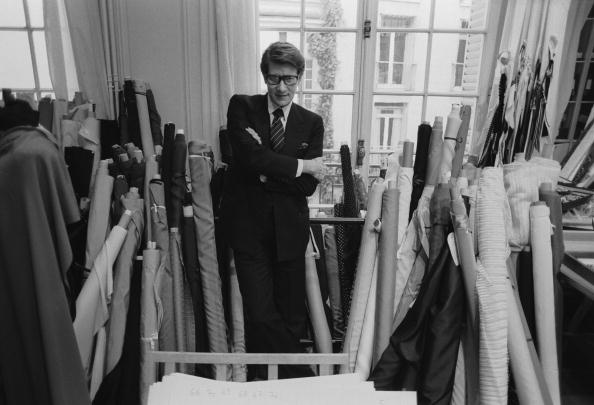 In September 2017, two new museums dedicated to the work of?Yves Saint Laurent?will open in Paris and Marrakech, giving fans of fashion’s beloved couturier a closer look at his career, designs, and life in the atelier. The first will be centred in the home of haute couture – Paris; while the second will be placed in Yves home from home – Marrakesh. The Jardin Majorelle in Marrakech – also?known?as the Yves Saint Laurent Garden – is one of the cities biggest tourist attractions; with over 700,000 visitors alone in 2015. The late fashion designer had a long-standing relationship with Morocco and bought the property that resides in the YSL gardens in the 1980’s;’saving it from the bulldozers of an iconoclastic developer. Those who knew Yves and followed his iconic work know the impact the city of Marrakech had on his career and indeed the fashion industry. ?Along with the original YSL house, there is a state-of-the-art custom-built facility designed by Studio KO, and?is built to represent YSL’s “clean, uncluttered style recalls of Saint Laurents work”.?Although there is no official opening date for either of the museums yet, it is expected that they will open in Autumn 2017.

The House of Dior: Seventy Years of Haute Couture 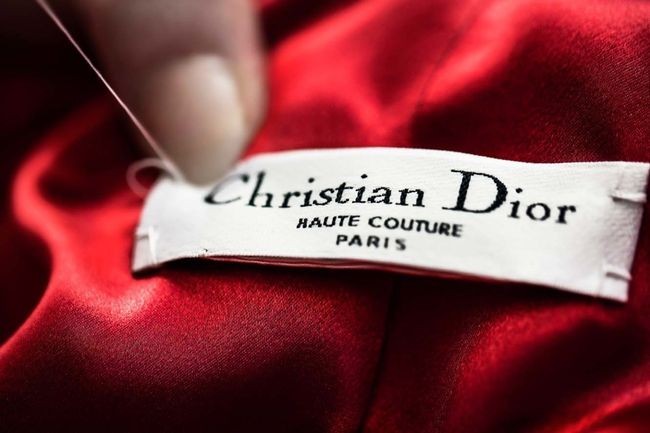 It’s undeniable that Dior has played a monumental role in the development of the fashion industry. In celebration of Christian Dior’s legacy,?Australia will soon play host to an extensive display of?Dior’s revolutionary designs with an exhibition at the National Gallery of Victoria in Melbourne. According to Vogue, the exhibition will feature 140 garments from the house, designed from 1947 to 2017. There will be pieces designed by Christian Dior himself, solidifying the brand codes that subsequent designers have’reinterpreted?and re-invented following his unexpected death, from Yves Saint Laurent who first took the reins after Dior?to Marc Bohan, Gianfranco Ferr?, John Galliano, Raf Simons and Maria Grazia Chiuri, the current and first female creative director who presented her first ready-to-wear collection for the label in October. The exhibition?will be a celebration of Dior’s most landmark moments; revolutionising women’s fashion. This might come as an expensive fashion trip, but it will be oh-so-worth-it.?dah-ling. 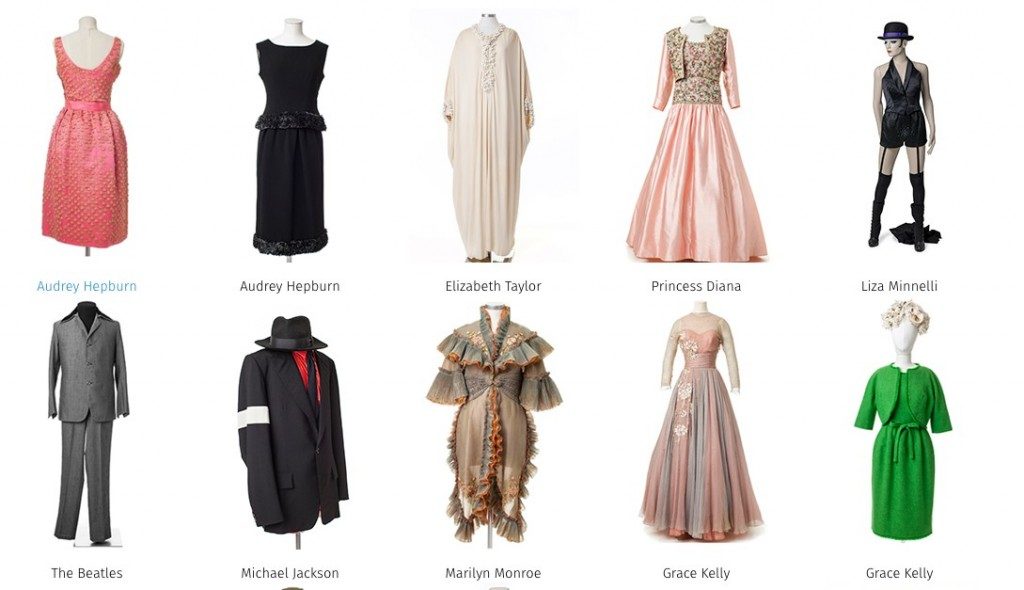 Named one of Ireland’s top five free visitor attractions by F?ilte Ireland, the Museum of Style Icons (MOSI) hosts numerous collections and artefacts relating to Stars of the Silver Screen and many modern day artists – including Audrey Hepburn, Marilyn Monroe, Princess Grace, Princess Diana, Michael Jackson, the Beatles and many more. New items are added to the exhibition at different times throughout the year so keep your eye on the?Newbridge Silverware website?for up-to-date information on upcoming exhibitions. 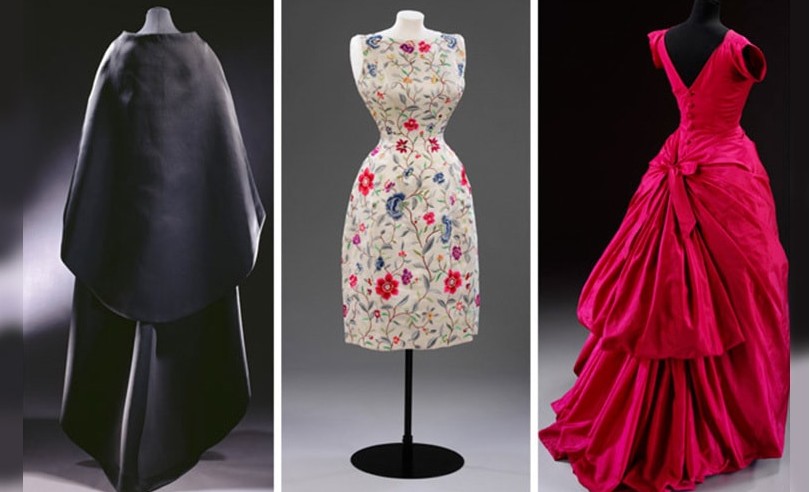 The V&A is set to host another major fashion exhibition this year, celebrating the work of Crist?bal Balenciaga.?Titled?Balenciaga: Shaping Fashion?the retrospective marks the UK’s first exhibition of the designers work and coincides with the 100th anniversary of Balenciaga’s first store opening in San Sebasti?n, Spain. According to Fashion United, the exhibition is will closely examine the craftsmanship and skill which made the designer’s creation so unique, while exploring how his designs shaped future creations. It will feature over 100 garments and 20 hats made by Balenciaga as well as never before seen sketches, film, photographs and fabric samples.

Marilyn: The Diva Of Cinema Exhibition 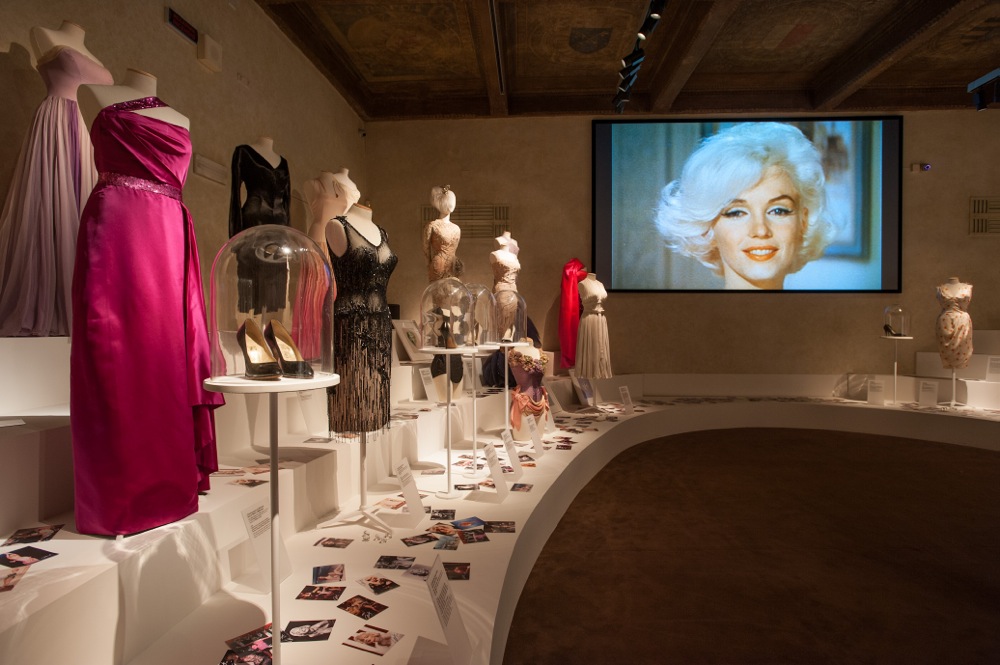 If you’re holidaying in Rome this month then this is not to be missed: The Marilyn: The Diva Of Cinema Exhibition exhibition will put visitors face-to-face with?one of the most fascinating women and magnetic properties of American cinema.?The exhibition, which?brings together over 300 objects?belonging to’movie star, is made possible thanks to?loans from different international collectors. The exhibit?is based on tangible elements of real life and allows the visitor to get to know the history of Hollywood diva.?The exhibition takes place in The Palace of Examinations, in the picturesque area of Trastevere.

Trace the evolution of the Princess’s style, from the demure, romantic outfits of her first public appearances, to the glamour, elegance and confidence of her later life. Don’t miss an extraordinary collection of garments, including the pale pink Emanuel blouse worn for Diana’s engagement portrait by Lord Snowdon in 1981 and Victor Edelstein’s iconic ink blue velvet gown, famously worn at the White House when the Princess danced with John Travolta. The Princess’s relationship with her favourite designers is explored through a display of original fashion sketches created for her during the design process. In addition, a recently discovered blue tartan Emanuel suit will go on display to the public for the first time. This suit was worn by Diana on an official visit to Venice in the 1980s. Click here for ticket info.