Why big eyes and full lips are considered more attractive

Not so long ago, digital kids went a bit bananas in a desperate bid to recreate their very own Kylie Jenner lips. While sucking your lips through a glass bottle and incurring painful bruising is a pretty dumb thing to do, why is it (besides the obvious Kardashian/Jenner obsession) that we yearn for a fuller pout? Apart from the fact that we associate thinner lips with ageing, is there a reason we fork out for lip-plumping treatments and Angelina Jolie-like fillers?

According to Dr Marisa Coen in her essay for The Science of Relationships, fuller lips have long been desired by women because, as evolutionary psychology suggests, they signify strong mating potential.

“Facial features serve as a cue of attractiveness,” explains Coen. “A great deal of research on facial attractiveness tends to focus on symmetry, in which both sides of the face are proportional and perfectly mirror one another. Based on principles of evolutionary psychology, there are three major cues that underpin our biologically significant assessments of mate value: symmetry, averageness, and non-average sexually dimorphic features. The latter are physical traits which differ between the sexes (such as reproductive organs). With regard to these features, men tend to prefer women with large eyes, small noses, small chins, narrow cheeks, high eyebrows, and large, full-lipped smiles.” 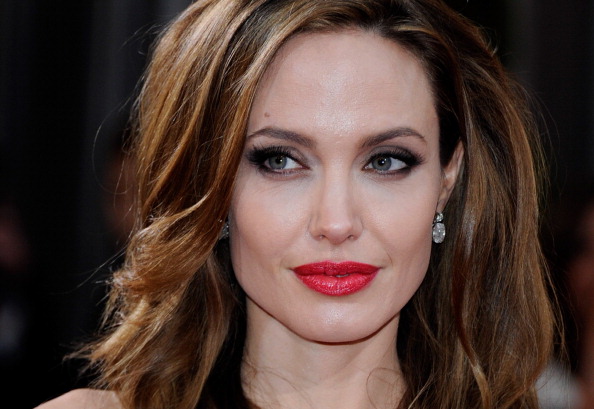 Both Kylie Jenner and Angelina Jolie boast large Bambi-like eyes, but the reason we find this facial feature so attractive is rather interesting: they remind us of babies, or as Coen describes it, they’re a ‘neotenous feature’, which refers to the retention of juvenile characteristics in the adults of a species. As for a reason in evolutionary psychology why we might lean towards this in a partner? Coen explains, “Nobel Prize-winning ethologist Konrad Lorenz introduced the idea that the physical features of infants will activate the innate desire in adults to take care of them.”

Apparently, we are more likely to make positive evaluations about infants than we are about adults whose features will be considerably less soft. Therefore, when an adult possesses child-like facial features, such as big eyes, full lips, protruding cheeks etc., we instinctively warm towards them as we would toward a child.

“Younger [looking] individuals may be preferred because the baby-like features elicit positive care-taking responses from others,” says Coen.

The Science of Relationships