The best beauty looks from the couture shows 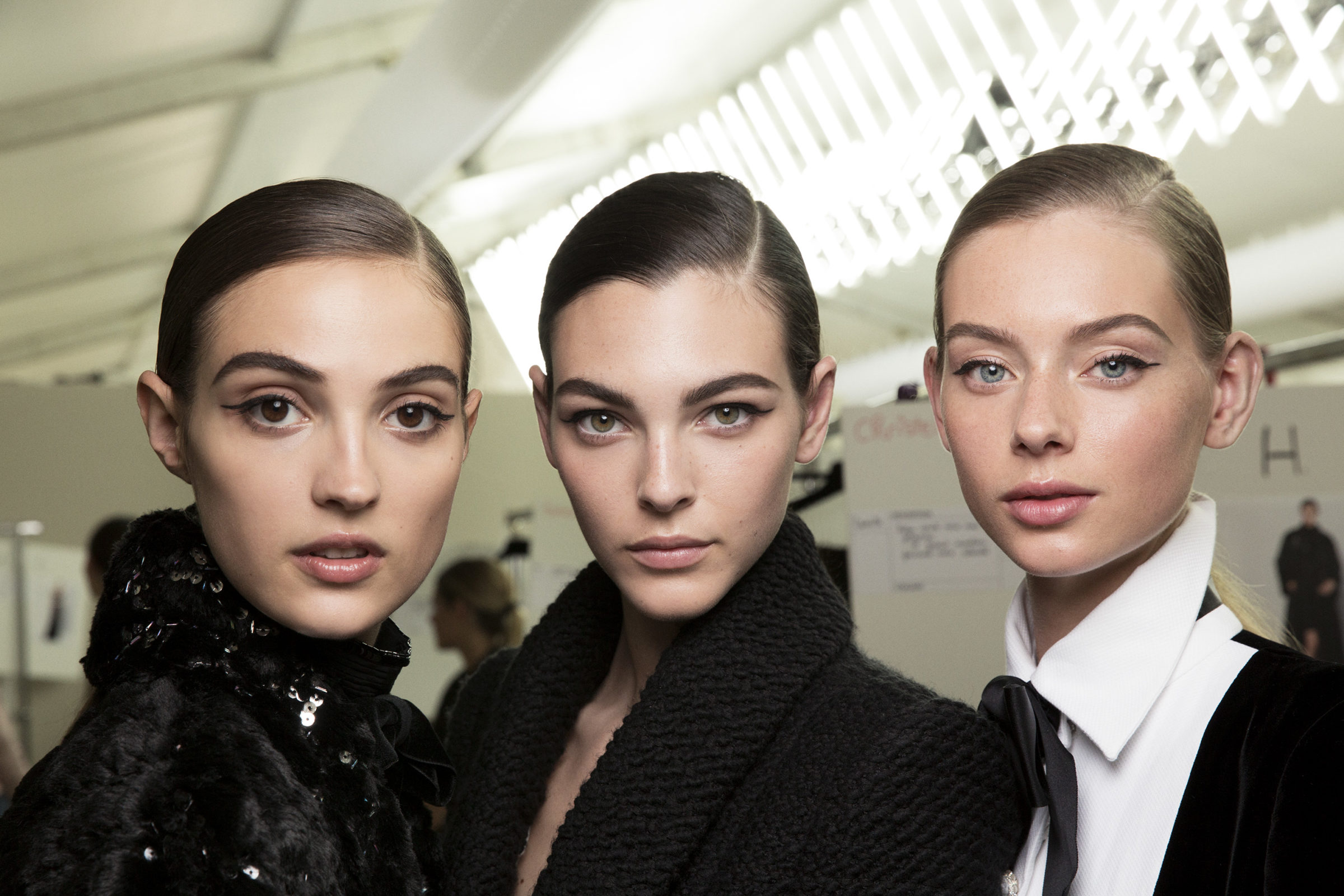 It was Virginie Viard’s first haute couture show since taking over as Artistic Director of fashion collections at Chanel, and it did not disappoint.”I dreamt about a woman with nonchalant elegance and fluid and free silhouette; everything I like about the Chanel allure,” said Viard. The Grand Palais transformed into a circular library and Viard, a lover of books, had a vision of women eager for culture, poetry and novels in mind. “The women are in a library, luxurious elegant readers,” said Lucia Pica, Global Creative Makeup and Colour Director at Chanel, who created the peachy, clean skin, fluffy brows and straight graphic liner at the show. “I thought it would be interesting to give them a really strong eyebrow with a masculine sense in the inner part and then an elongation which gives them a sense of authority and confidence.” 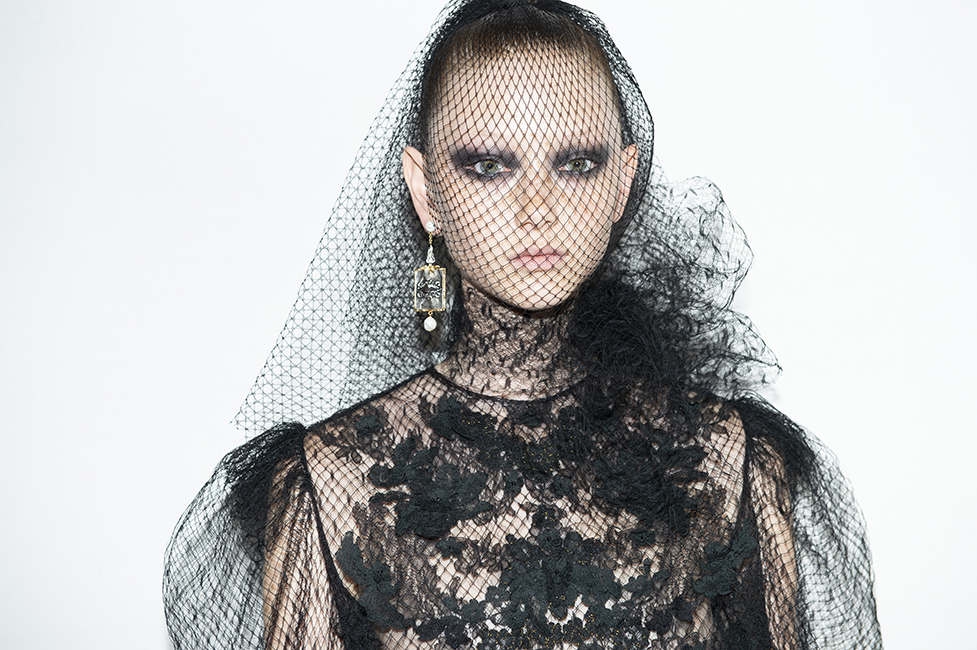 The beauty look at any Dior show is always a highlight and Dior’s fall 2019 couture show was no different, with creative director of Christian Dior Makeup Peter Philips creating a modern take of a sultry smokey eye, sans mascara. “It’s a smoky eye, but almost like a very classic haute couture makeup,” said Philips. “I wanted to do a smoky eye that was not too sexy, so I did more of a poetic but tough smoky eye. That’s why I left out the mascara. Once you leave out of the mascara, it becomes less about seduction — it’s more about a cloud of shadow.” 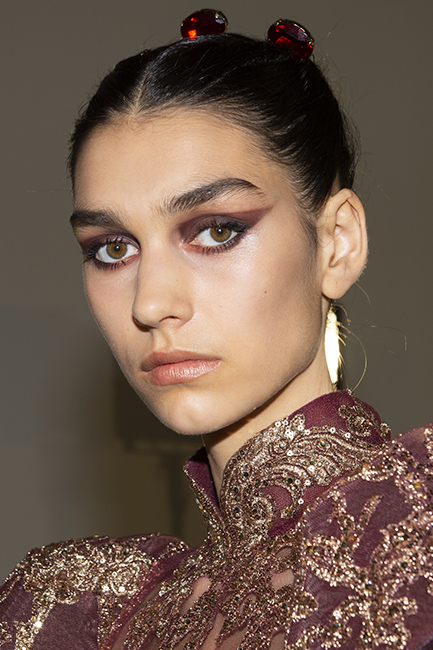 If you see my eyeliner looking a bit wild this week, blame it on this muted metallic grungy eyeshadow wing at Elie Saab, which travelled from lid right past the eyebrows. 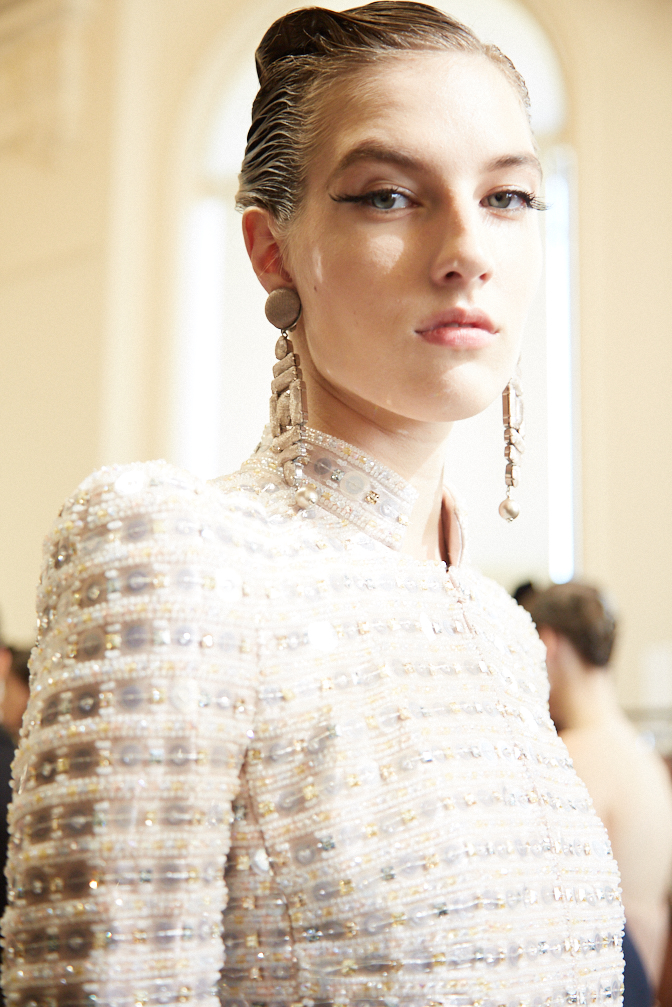 Is this the most Instagrammed look from the couture shows? In Rome, Sam McKnight created blunt and rounded bob wigs for all models at Fendi, in muted pastels inspired by Roman marble.

Brace yourself for the most John Galliano of inspirations; at a ranch in Arizona, he met “ a wonderful horse called Blue.” This collection was an ode to Blue, and Galliano appointed Pat McGrath and Eugene Souleiman to create feather-adorned hair and half-and-half painted faces to represent the collection, which was a reflection on a breakdown of social structures and decay. Don’t say I didn’t warn you. 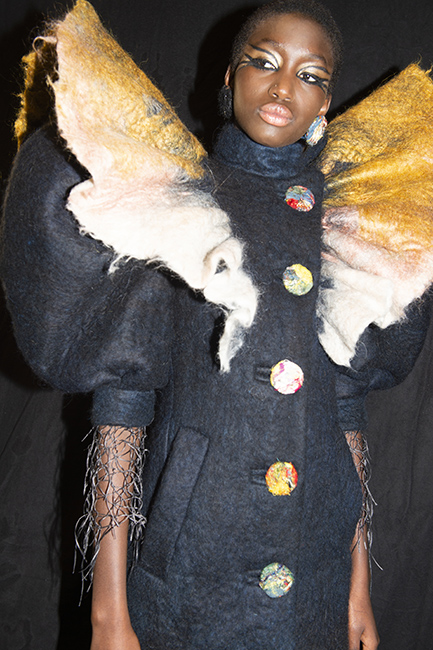 The punk inspiration for Peter Phillips at Viktor & Rolf was Siouxsie and the Banshees, which saw metallic and fluorescent eyes with graphic eyeliner worn with high, crimped and backcombed hair.

At Givenchy, Pat McGrath’s dewy skin was paired with Guido Palau’s sculptural aerodynamic hairstyles “that were like birds in flight,” to represent the inspiration for Clare Waight Keller’s collection, “ a bird woman trapped in the house.”

Read more: Can we talk about… the 25-year anniversary edition of MAC Viva Glam Lipstick

5 celebrity hairdressers on the hair resolutions to make in 2023