Last December, ahead of World Aids Day, I had the honour of travelling to London to celebrate 25 years of MAC Viva Glam lipsticks and the MAC Aids Fund. There’s been 25 campaigns, 28 celebrity spokespeople and whopping $500 million raised for people living with and affected by HIV, exclusively through the sale of MAC’s Viva Glam lipsticks.

“The MAC Aids Fund started in 1994 by Frank Toscan who started MAC Cosmetics,” senior MAC artist Lesley Keane told me at the party. “At the time, a lot of his friends were suffering from Aids. Nobody quite understood it and there was a big stigma attached to it, so he decided with his company to create a lipstick where 100% of the proceeds would go towards the MAC Aids Fund.

It was quite a brave thing to do then because Aids had such a huge stigma.

“It wasn’t going to go towards research but to helping the everyday people suffering – things like delivering food or events for confidence. It was quite a brave thing to do then because Aids had such a huge stigma.

“My first memory of it was Rock Hudson, who was in Dynasty, who passed away from Aids. He was a massive movie star, and because he did a scene with Krystle Carrington before he died, everyone thought that Krystle had Aids.

“Nobody knew how it was passed on so there was a massive fear surrounding it. Cut to 25 years, we’ve kept the campaign true to MAC. In every MAC location, the money that’s raised from Viva Glam goes back into the locality. So, in Ireland, we work with HIV Ireland and to date, we have donated close to about €3 million.”

With spokespersons including Elton John, Dita Von Teese and Miley Cyrus, provocative talent has always led the VIVA Glam campaigns, but never more so than the very first spokesperson, Ru Paul. “Frank Toscan wanted the VIVA Glam spokespeople to be representative of MAC’s motto – all ages, all races, all sexes,” says Lesley.

Back in 1994, Lesley Keane and another legendary Irish make-up artist Paula Callan were working on the MAC counter in Brown Thomas, once the most popular and profitable MAC counter in the world, which isn’t really a surprise to me. Find me a woman in Ireland that hasn’t owned MAC Studio Fix Fluid and I’ll show you a liar. Like Dairy Milk and bread, I’ll always have a stash of it at home.

“I’ve just seen the River Lippy! How the hell do you walk in these Dublin cobblestones in these heels?

“When the first Viva Glam lipstick launched with RuPaul as the original spokesperson, it just took off,” says Lesley. “It was so busy that me and Paula would hide under the counters.

Ru Paul came to Brown Thomas to launch it in the store and I remember a sea of Irish drag queens, crying and banging on the window. Ru Paul said, “I’ve just seen the River Lippy! How the hell do you walk in these Dublin cobblestones in these heels?” 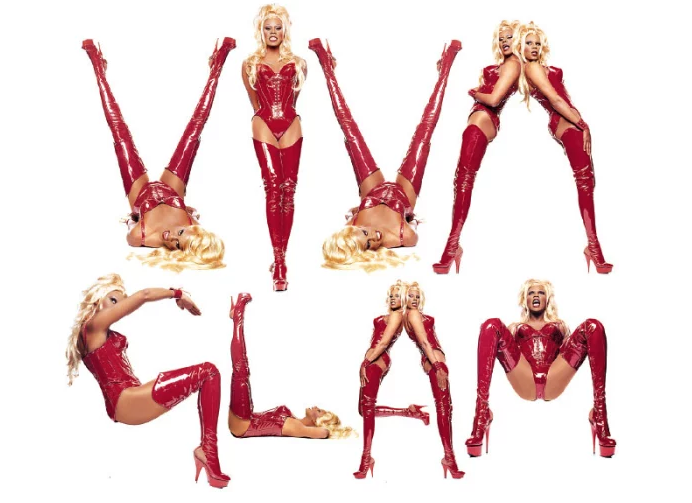 “We had the poster with him in the window. He’s in red leather boots, wearing a red leather catsuit and he’s spelling out Viva Glam with his legs. It was such a clever thing to do because it created so much attention through word of mouth with it being so shocking and so daring. This nun comes into the counter, kicking off and screaming.

“She’s shouting, ‘how dare you put this in the window of Brown Thomas! It’s disgusting! You have a woman with her legs spread open’. Paula says, ‘that’s not a woman!'”

Twenty-five years and $500 million later, MAC are marking the anniversary and achievement by bringing back the original shade of Viva Glam from Ru Paul’s campaign, housed in limited edition Dorothy red glitter.

So, if you’re in the market for a new, perfect red lipstick or would like to own a piece of beauty history, may I direct you to your nearest MAC counter, where 100% of the price of your lipstick will help the lives of those affected by HIV. 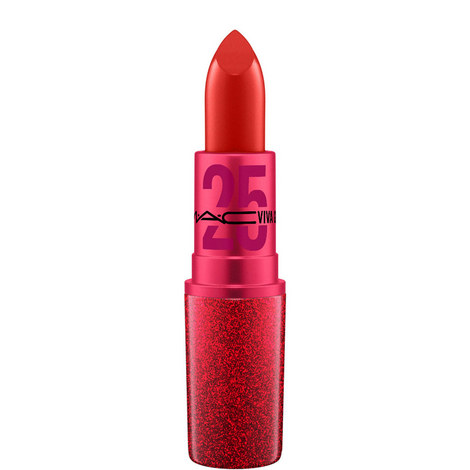 MAC Viva Glam 25 Lipstick, €20, is on sale now in stores and online at Arnotts and Brown Thomas, with the full RRP donated to make a meaningful difference in the lives of people living with and affected by HIV/Aids.

Following beauty trends is over, and here’s why