Clear nails are the next big nail trend

Nail artist Marian Newman on the nail story of the season.

Backstage at Halpern, where Sam McKnight was on hair, Isamaya Ffrench for MAC was on make-up and Marian Newman and her CND team were on hand for nails, was uniquely calm, quiet and organised for any fashion week show.

I spoke to Marian Newman (who once did my nails at a press event about ten years ago, I reminded her) about the nail story at Halpern created with CND Vinylux.

“Clear nails are absolutely the story of the season. We’re doing it here, it’s everywhere. We’ve got a reverse French with long, clear tips and a half-moon on the nail bed. The colour that goes with it doesn’t matter, it’s all about clear nails,” she said.

I got some pictures of the nails both on the models’ hands and as they were being done so you can see what the trend looks like in action. 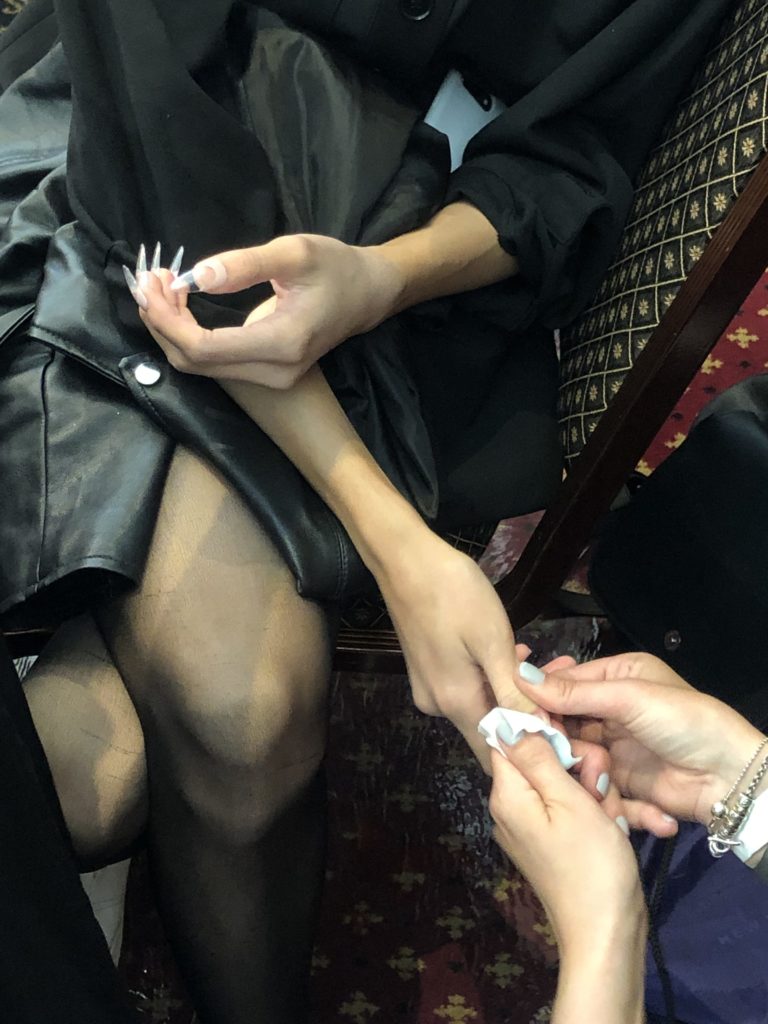 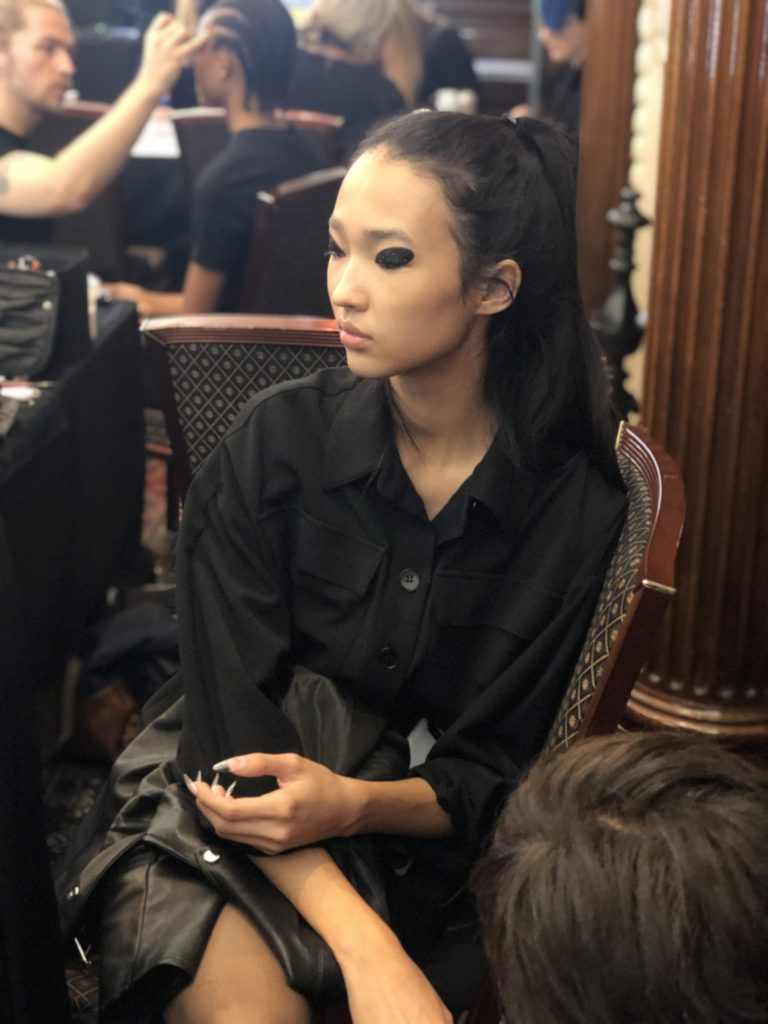 While the lucky people painting the nails got to sit at a table (alongside their abundant supply of caffeinated products), the nail technicians who were applying the nails had to make do with crouching down beside each model. I wondered if nail technicians do special squat training for these purposes, but I was too shy to pose the question. 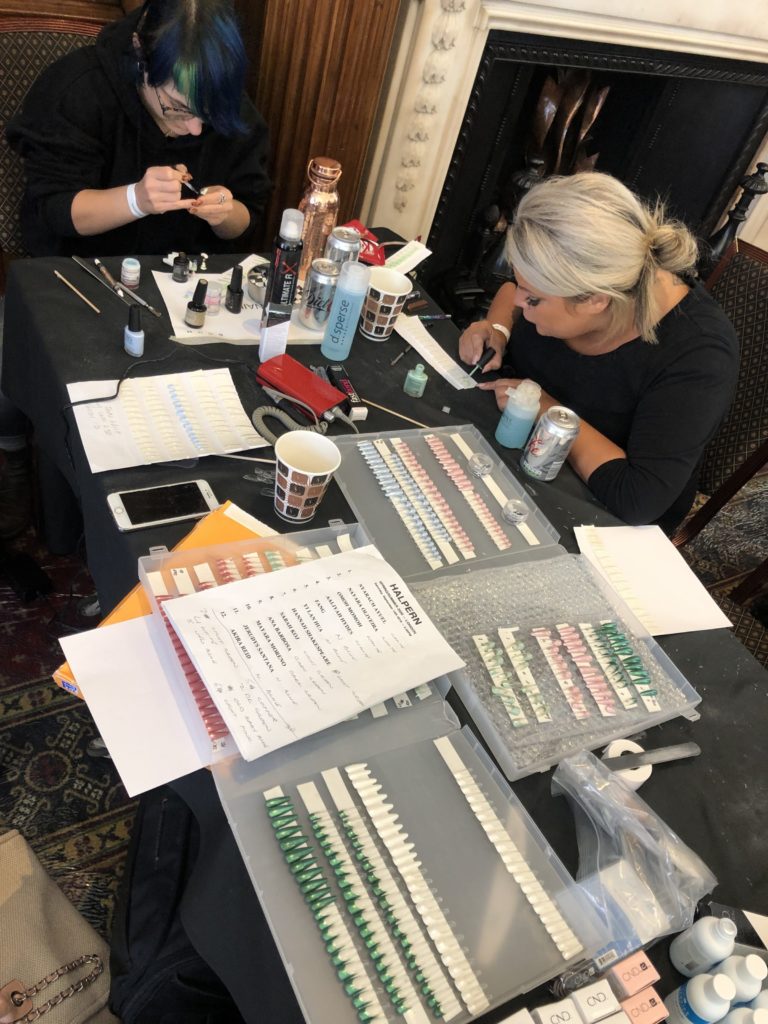 Marian Newman posted this picture of a dressed and finished model at the Halpern show, showing off the nails, make-up and hair beautifully.

There were a variety of colours used, from pastel green and pink to white, but all had the additional sheen of sparkle over them to give an almost pearlescent effect. My preference would have been the white and clear tips. 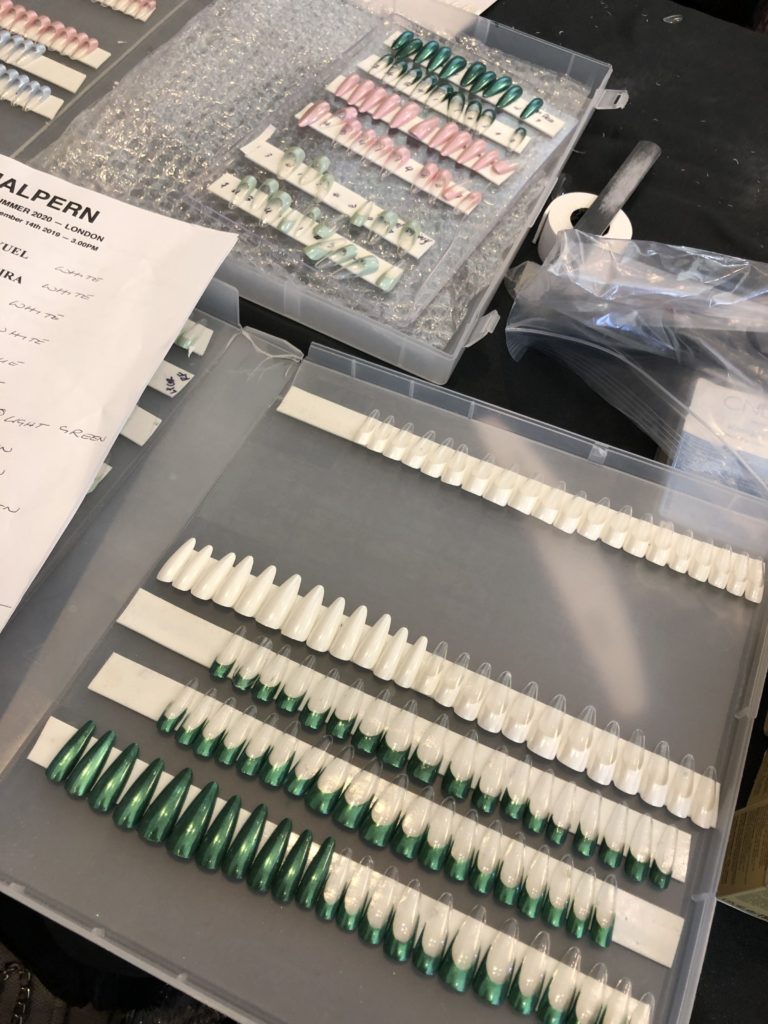 You can buy tips like these in most salon services stores, and I’ve even seen them on Amazon for a very reasonable price, so the look of the season – thankfully – is utterly achievable. I’m just relieved the nail story of the season isn’t intricate nail art!

Read more: Your next chic manicure should be tortoiseshell nails

Read more: Five ways to improve the quality of your nails, according to the experts

Everyone has copper hair now