She was crowned Miss Ireland at just 19, and featured on one of the UK’s biggest TV modelling shows, but Holly Carpenter has always been very open about her struggles with body image. We spoke to her about her current health regime and how she managed to change her mindset.

“I try to practice 80:20 – I’m healthy most of the time but still leave room to treat myself,” laughs Holly as we speak to her about how she manages her health. “I track as many things as I can, I try to hit my steps, know when my period is due, I try to get enough sleep, the usual. When I was younger I was very strict about what I ate but now that I’m older, I’m much more focused on feeling better in my own skin. For me, this time, instead of for my agency or client”.

The former model and Dancing with the Stars contestant was speaking as she launched the Lloyds Pharmacy Best Version of You campaign today highlighting the health check facilities during the winter months in your local Lloyds pharmacy like blood pressure service, skin analysis, the flu jab and sore throat service. 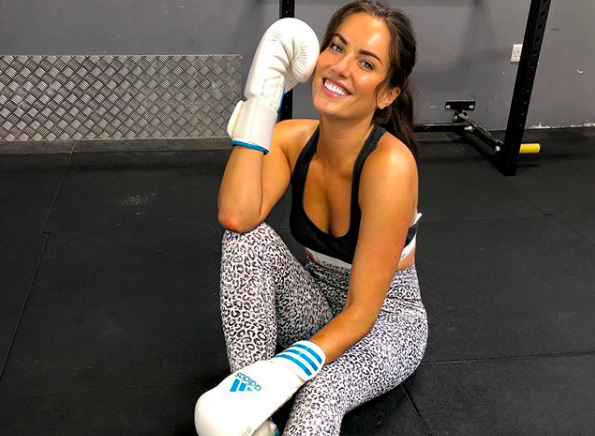 But Holly’s relationship with her body image wasn’t always so straightforward.

In an interview in 2017, Holly admitted that she got sucked in by the industry and it ended up damaging her confidence; “You face a lot of rejection and you stand there and you have to listen to ‘oh she’s not tall enough’ or ‘that’s not going to fit her’ or ‘I thought that we were going to get a skinny model, who’s this?’ and you think ‘Oh God’.

“So I am just quite sensitive and I was always told to have thicker skin but it can be tough like, I kinda became really self-obsessed then, like I did a modelling competition which was a TV show and I got so skinny for that, because I knew that I wanted to do well”.

I watched that TV show, Britain and Ireland’s Next Top Model, obsessively. Holly, along with a group of other beautiful girls performed a series of tasks and photoshoots competing for the crown of being the “next big thing”.  She did really well and her competitive streak was clear, as it was when she danced with Curtis Pritchard on the Irish version of Dancing with the Stars. 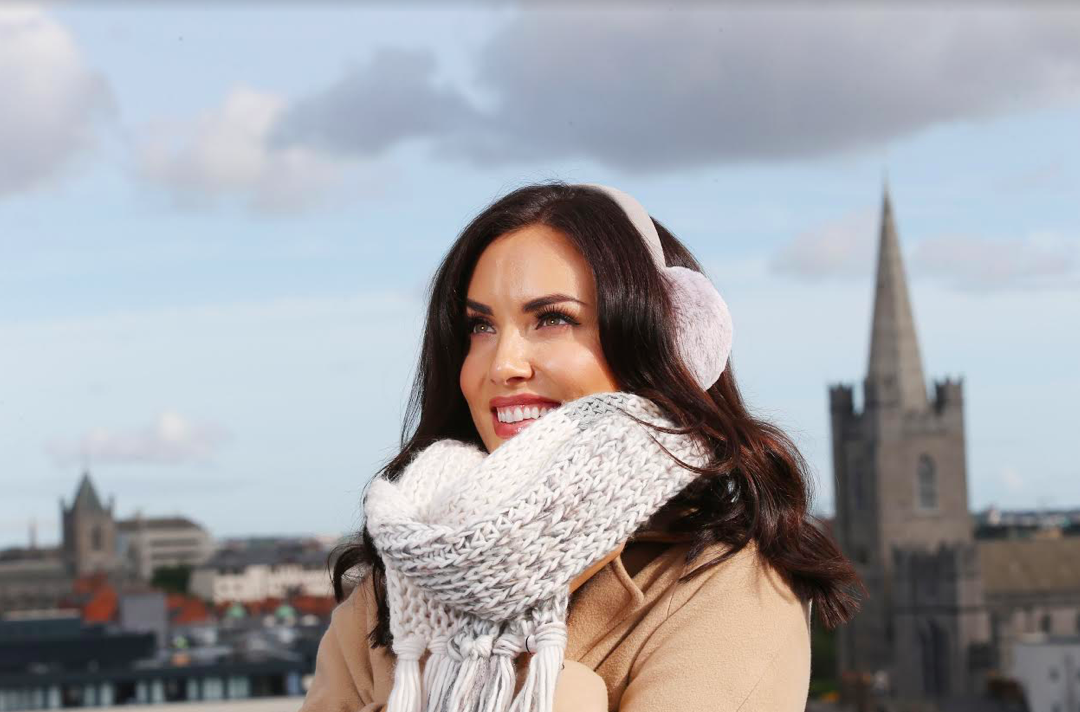 But Holly says she was always very driven. And this ambition has now been channelled into her LoveLift range, a high-quality fine jewellery brand which now has expanded to include handbags, travel cups and Kimonos.

Now, at 27 years of age, the Dubliner says that working in an industry that is so appearance-based is still challenging. “I think I’ve a much more different mindset now than I did when I was 19. I feel a lot more comfortable in my skin. That’s not to say that when I go to events I don’t get caught up in the ‘everyone else looks amazing’ mentality and it is hard not to compare. But it is about knowing yourself and understanding how these things feel and working on your own strengths from the inside out.”

“I don’t edit my pictures or over-filter them. Some have taken it too far in the past”.

“That’s why I find it better to be really honest online. There is the side of things that is glamorous, lovely dresses, hair and make-up but I try to balance that with showing my day-to-day life too; doing bits in the house, having a break-out, having a bad day. Otherwise, it is just fake. I don’t edit my pictures or over-filter them. Some have taken it too far in the past. It is an unhealthy mindset to airbrush away all imperfections”. 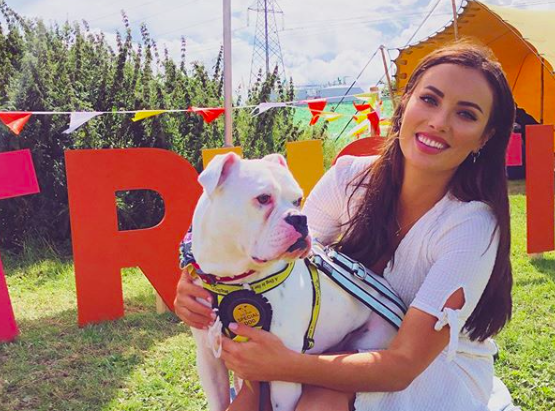 Like all of us, living in a world where Instagram revolves around beauty and aesthetics, allows insecurities to creep in. But Holly believes that’s par for the course. “I definitely still have my insecurities. I got to a stage when I was younger I was so obsessed with my weight. I was so anxious about it all the time. If I went to dinner with my friends, I’d wonder if there was anything healthy on the menu. It really effected my social life and happiness.”

Body positivity is something she, like most of us, continue to work on. “It’s no way to live. Now I promote balance. I used to only care about fitting into something at a photo shoot, or looking a certain way for those few minutes. Then later, you’d have no energy or be worried about having a slice of birthday cake. Now I’m a lot more pragmatic about things. Do whatever works for you, but make sure you are prioritising yourself.”

And how does Holly prioritise herself now?

“I suppose number one piece of advice I’d give is to focus on some of the basic human needs, eat good food, get enough sleep, drink enough water. If you are not eating right you won’t look or feel good. Buying supplements and sticking them on the shelf doesn’t work. You have to actually take them! Now I set an alarm on my phone to remind me to take those supplements”.

“I’ll do little self-care regimes like boiling eggs the night before for my breakfast or preparing my filtered water in the fridge so it is ready to go the next morning.

What I always say is take those ten minutes to focus on yourself. It’s a small act of self-love, but one that is important nevertheless.”

Read more: How social media can help heal too

Read more: Influencers who promote their children: Have we gone too far?