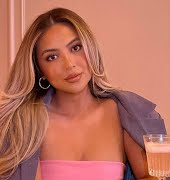 Netflix’s new investigative documentary series Broken exposes the unknown fraud, corruption and negligence behind some of the world’s most popular merchandise. Broken takes on four big consumer arenas including e-cigarettes, furniture, plastics and in the first episode, counterfeit cosmetics.

It’s really easy to be tricked by counterfeit cosmetics and it makes complete sense to me why people buy them. If you can’t buy the sold-out eyeshadow palette, you can easily be duped online to think someone is re-selling a real one. Or even if it’s fake, the shades are the same, right? Who cares if the eyeshadow or lipstick is fake when the colours are identical?

In the US, regulation of cosmetic ingredients are incredibly shoddy when compared to the strict sanctions we are under in Europe but at least brands have their own incentive to regulate as they have a reputation to uphold. If you witnessed the drama earlier this year with influencer Jaclyn Hill who launched a range of lipsticks that were discovered to have hair and various texture irregularities on them, you’ll know that apart from the thousands losts in refunds, Jacyln Hill lost nearly 70,000 followers before deleting her social media accounts. The trouble is, as counterfeit cosmetics are illegal and therefore completely unregulated, they are being created with unsafe and terrifying ingredients. Here are five crazy facts from the first episode of Broken.

The global trade in counterfeit products of all kinds has reached $461 billion a year.

Trade in fake goods is now 3.3% of world trade and rising. Counterfeit cosmetics are big, big business. Scarcity marketing tactics by big-name brands like Kylie Jenner Cosmetics have led to massively high demand for products that sell out (or at least appear to sell out) pretty much instantly. When Kylie Jenner first launched her Lip Kits they sold out completely in under ten minutes. They were up on eBay before the sale even ended selling for a starting price of $225—almost 10 times the original $29 price. The documentary shows us that the vast majority of fake cosmetics come from China.

The ingredients that have been found in counterfeit cosmetics are terrifying.

The list of horrendous ingredients and harmful bacteria tested positively on counterfeit cosmetics will make you shudder: cyanide, mercury, lead, animal faeces, rat droppings, horse urine and loads more ingredients that you don’t want to put anywhere near your skin. “Counterfeit cosmetics have tested positive for known carcinogens, like arsenic and beryllium, they’ve tested positive for heavy metals, things like lead and mercury,” says dermatologist Dr. Whitney P. Bowe, M.D. in the documentary. “Heavy metals can act as colourants. The brain is exquisitely sensitive to lead, so it can actually cause issues with memory. It can cause headaches, it can cause fertility issues and miscarriages.” Disgustingly filthy labs don’t help either. According to Dr, Whitney, counterfeit cosmetics have also tested positively for “urine and faecal matter, and specifically, staph has been found again and again.”

Counterfeit cosmetics can cause serious damage.

In the documentary, we meet Khue Nong. She unknowingly bought a counterfeit Kylie Lip Kit online, which sealed her lips shut. “I was looking specifically for the Kylie brand because my friends and all those influencers online said such good things about it,” she says. “I really wanted some… but as soon as she would release some they would just sell out. I bought a Kylie Lip Kit on eBay. I think I paid 15 to 20 bucks for it.” (Kylie Lip Kits are $29.) “I really felt that I got a good deal. I was really excited. I put it on as soon as I got it. I put it on my lips and after a couple of minutes, I couldn’t separate my lips. I was tugging at my lips trying to pull them apart and it hurt. My lips were burning. I was freaking out. I was starting to panic. My first instinct was – Google. I need to find out what’s going on. The first few articles talked about people getting fake Kylie Lip Kits, about how to get that lip gloss consistency people were putting superglue into the products. Superglue. I was trying not to have a full-on panic attack. I had 100% acetone nail polish remover. I just kept rubbing that into my lips. That kind of worked and it started to hurt. So I got butter and also rub that into my lips and that eventually loosened it and got it off.”

I mean, I hope it goes without saying at this point, don’t buy counterfeit cosmetics. But please, please do not put acetone nail polish remover on your mouth. Or face.

The infections that can be caused by counterfeit cosmetics are very serious.

“Around five years ago I started to notice an uptick in the incidents of certain skin issues,” says dermatologist Dr. Whitney P. Bowe, M.D. “I was seeing more of a specific type of skin rash, called contact dermatitis, especially around the eyelid area. I’ve also seen an increase in skin infections in adults. Bacterial infections, things like styes and even pink eye have become more common in my practice. “We were combing through these products to see what could be causing a reaction. There was something off about the product. Sometimes the consistency or the texture is just slightly off. Sometimes it doesn’t have the smell that you’re used to experiencing with the authentic product. That’s what first alerted me that these could be actually counterfeit products.” As mentioned above, Dr.Whitney states that staph has shown up repeatedly in counterfeit cosmetics, which can cause impetigo, cellulitis, boils, pustules, pinkeye, styes and more.

It can be hard to tell if a product is fake.

You would assume that you could spot a knock off eyeshadow palette or lipstick a mile away but as the years have gone on, counterfeit cosmetics packaging has become increasingly sophisticated, meaning it can be a real challenge to spot a knock off online from the real deal. The safest bet, according to many experts on the documentary, is to buy your products from official retailers and not be convinced of how similar it appears to the real thing.

Here’s my take. Your face is like patent boots. Wear them all dolled up for special occasions but be very careful how you treat them. If you scuff them, they’ll never be the same.  The cheap cost of counterfeit cosmetics comes with a much higher price – damage to your face. When it comes to your skin, don’t mess around.

Broken is streaming on Netflix now.

Read more: Everything to know about the non-irritating retinol alternative, bakuchiol

Read more: A list of 2019’s most hyped make-up products, from Victoria Beckham to Glossier

Read more: Watch: go behind the scenes of the December issue cover shoot