Eilish Maguire has the title of Head of People for Charlotte Tilbury North America. Here, the beauty-obsessed Corkonian tells us how she did it, how she stays motivated and her desert island beauty products

Meet Eilish Maguire (née Roche), the Corkonian who needed career advice during her own school years, but now spends her days as Head of People; helping the team at Charlotte Tilbury North America with their own career-related triumphs.

“I moved to New York in July of 2007, so I’m coming up to my twelve-year anniversary,” Maguire said. “I had lived in Memphis, Tennessee, for a year and a half before that.”

Her journey started when she got a position with US-based medical device manufacturer Stryker at their Cork outpost. It was a fateful job for Maguire, who was a few years out of college but still unsure of what path to follow.

“When I was doing my Leaving Cert, I didn’t know what I wanted to do. I didn’t like school, I didn’t enjoy it. I didn’t even know what Human Resources was.”

She progressed to a course in Tourism, and then, like everyone else, she simply took a couple of jobs and tried to understand what it was that she really wanted to do.

“I joined Stryker in Carrigtwohill in east Cork. I said, ‘Just save money and figure out what you want to do from there’.” 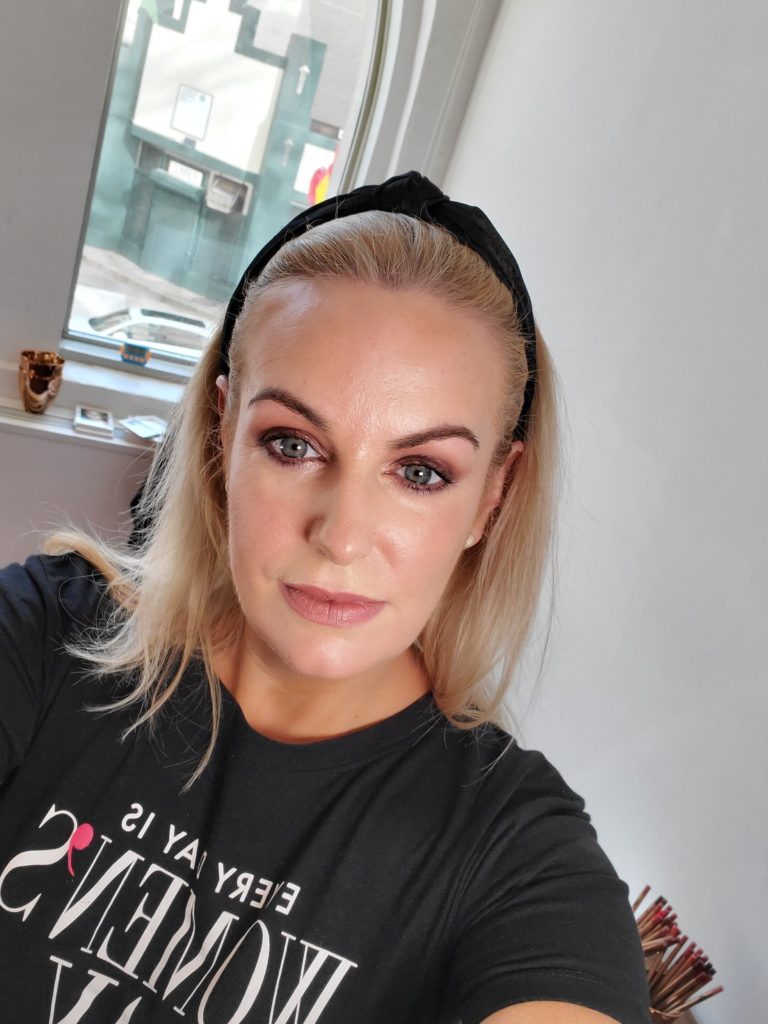 After cutting her teeth as a receptionist, the fast-growing company enlisted her to start trying her hand at the Human Resources side of things: recruiting, interviewing and, she laughs, “dealing with people’s issues”.

“I thought, ‘I kind of like this’, but really for me to go any further, to really develop and grow in HR, Stryker’s HR Manager at the time recommended I go back to school.”

Maguire went to Cork Institute of Technology by night for three years and obtained her bachelor’s degree in HR Management.

“It was intense,” she added. “I lived near Kinsale, so I was commuting to east Cork for work, then going over across the city for college and then home. I was 23, but I had no life. Everyone laughs when I say I had no social life…. I’ve made up for it since!”

With her degree in hand, Maguire caught the ‘itchy feet’ syndrome that has been contagious among young Irish graduates for decades.

“They said, ‘Why don’t you go to Memphis?’ I was more thinking New York because I had a cousin out here at the time. I said, ‘Ok, you know what I’ll try it.’ Memphis was very, very different. It was definitely a culture shock.”

“About a month in, my boss at the time said, ‘I think you are going to lead the recruiting function; I need you to hire recruiters on the West Coast, mid-Atlantic, East Coast. I barely knew my way around Memphis, let alone hiring people for the rest of the country, but I said, ‘Ok grand!’

“We hired, we built out the team, we were definitely turning it around, but unfortunately the decision was made to sell this division. My job was waiting for me back in Cork, and they said, ‘Are you ready to go back?’”

Maguire knew she needed to get more out of her American experience. Lo and behold, New York was finally on the agenda.

To this day, she is still living in the city of Yonkers, a haven for Irish expats and a quick train away from the madness of Manhattan.

“Like any big company things change rapidly and in early 2015. I decided to make a career change. I had been with Stryker for 15 years, had grown up with the company, had a great journey and I learned so much – but I was ready for something different.”

She had also just got married to her husband, a Donegal-native whom she met in Yonkers. In her own words, “I went all the way to New York to marry an Irishman!” 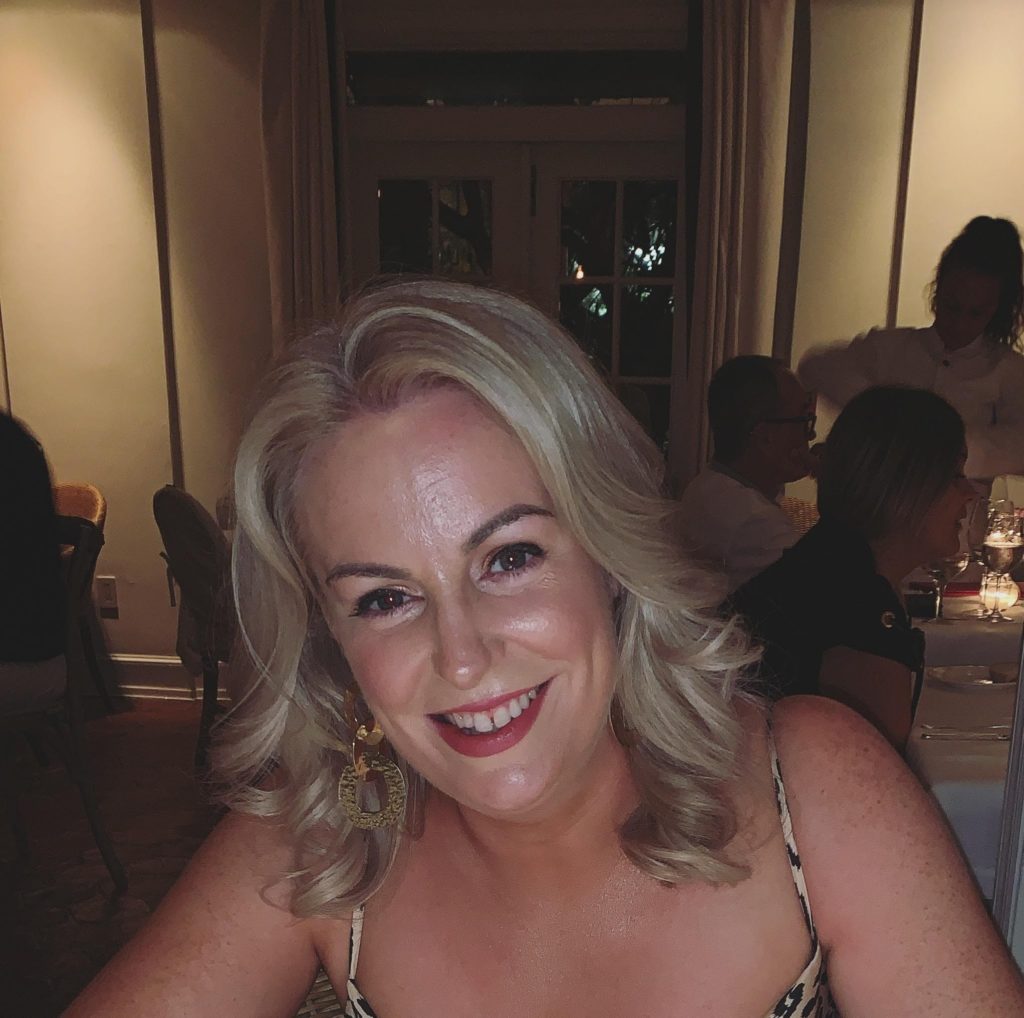 “I’d always loved beauty. I just felt like, wouldn’t it be great if I could marry the two things I enjoy: people and beauty.”

Despite having a wealth of experience on her CV, there were hurdles when trying to get her start in the competitive world of corporate beauty. After so long in the field, this didn’t come without its frustrations.

“It was tough making the transition. People saw all this experience in the medical device field. I interviewed with some great brands, who were really just hung up on my lack of beauty experience.”

Luckily, a General Manager at Laura Mercier had also come from a non-beauty background, and recognised Maguire for her multifaceted skills.

“I loved Laura Mercier, I remembered going to the counter when I was in Brown Thomas in Cork. The people were all lovely.”

Speaking of perusing counters, it was when she was at the brand’s offices on 59th Street in Manhattan that she would sneak over to the Charlotte Tilbury counter in Bloomingdale’s.

In 2016, when Laura Mercier was acquired by Japanese beauty giant Shiseido, she was appointed HR partner for the Beauty Prestige Group. Through the grapevine, a former colleague whom she had kept in touch with let her know that there was an opening for a Head of People, North America at Charlotte Tilbury.

“I knew I was coming in late to the process, but I got a call from the COO [based in London] to meet the following week. I met him for coffee on a Wednesday, and I had an offer by the Monday.”

As they say, life happens when you’re busy making other plans, and Maguire received the offer of her dreams right while she and her husband closed on their new house in Yonkers.

“I’ve been at Charlotte since October 2017. It’s a very fast-paced environment with a lot of change as the brand is experiencing super growth in America,” she said proudly.

Charlotte Tilbury, a mainstay in Ireland’s most glamorous cosmetics halls since 2014, has been lapped up by consumers stateside, particularly since launching in Sephora in September 2018.

“It’s been great. When I think of what other beauty brand I’d want to work with right now, there really isn’t one,” Maguire agreed. “It’s been really exciting; it is very fast-paced. Charlotte dreams big and thinks big. I also love the fact that most of our team is women; it’s very empowering.”

“From a people management side of things, I always think of the HR Manager I had back in Cork years ago, Mary McAdams. She was amazing. I wouldn’t have got into it, if not for her. I haven’t seen her in many years, but I always remember wanting to manage people the way I was treated. People work for people; and I think I apply a lot of what I learned from her.” 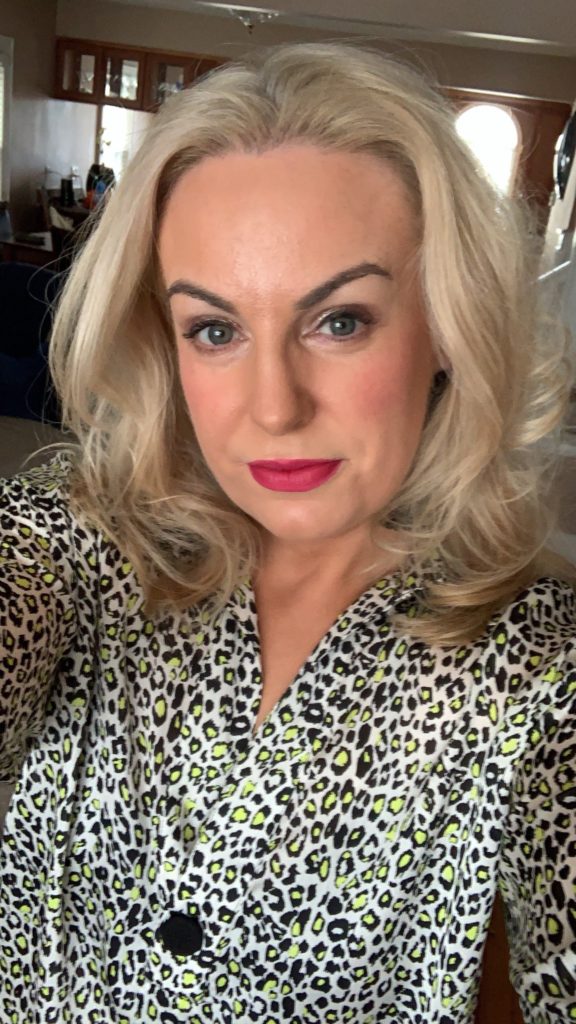 Maguire continued, “At the end of the day, it’s people – whether they’re making lipsticks or medical devices, they all need the same things: clear expectations, being treated right, being compensated fairly, and receiving feedback. It’s not rocket science, but I always say people don’t really leave companies, they leave managers, so I’m very passionate about how we treat people.”

“With millennials now, it’s a very different employee that’s coming out of school these days. I think for the most part they really want a very clear career path. It’s a good thing, and it’s also challenging to manage expectations on timing of their next role.”

“Confidence is much higher; we definitely weren’t as confident coming out of college. Especially for grads coming over from Ireland, you need to have more confidence. As Irish people, we’re very humble – but here, there’s so much competition, you do need to have a bit of swagger.”

So, what does Maguire, who joked that some days she does feel a touch of Imposter Syndrome, turn to when she needs a bit of swagger herself? By now, the answer is probably obvious: her beloved beauty products.

“Oh god,” she gasped when I ask her to name a singular favourite product from Charlotte Tilbury’s range.

“I love Hollywood Flawless Filter. All the lip colours, our eyeshadows. And the Magic Cream… the Magic Cream is fab. Charlotte really does cater for women from 18 to 80; there’s something for everyone.”

From Tennessee to Tilbury, Maguire is living proof that good things come to those who work: when you treat everyone how you wish to be treated along the way.