Bray-native Ena Quinn has one of those elusive jobs in the fashion industry. As a fashion producer, her annual calendar runs the gamut from London Fashion Week to major events for some of the world’s best-known brands.

The 31-year-old is quick to dispel the notion that any of it is glamorous, but hearing her speak about conceptualising bespoke ideas for shows and executing installations for labels like Calvin Klein is as impressive as it is inspiring. Since last year, she has produced key events for (wait for it) Alexander McQueen, Christopher Kane, Natalie B. Coleman, Marc Jacobs, Bally and Victoria’s Secret.

Here, she explains what exactly her *not quite* nine-to-five entails and reveals the Irish power players she looks up to.

Did you always know you wanted to work in fashion?

I binged on The Hills and wanted to do what Lauren [Conrad] and Whitney [Port] did. As soon as I went to DIT, I joined the Fashion Society to help work on that show. I honestly would have cleaned the toilets just to be involved in it. 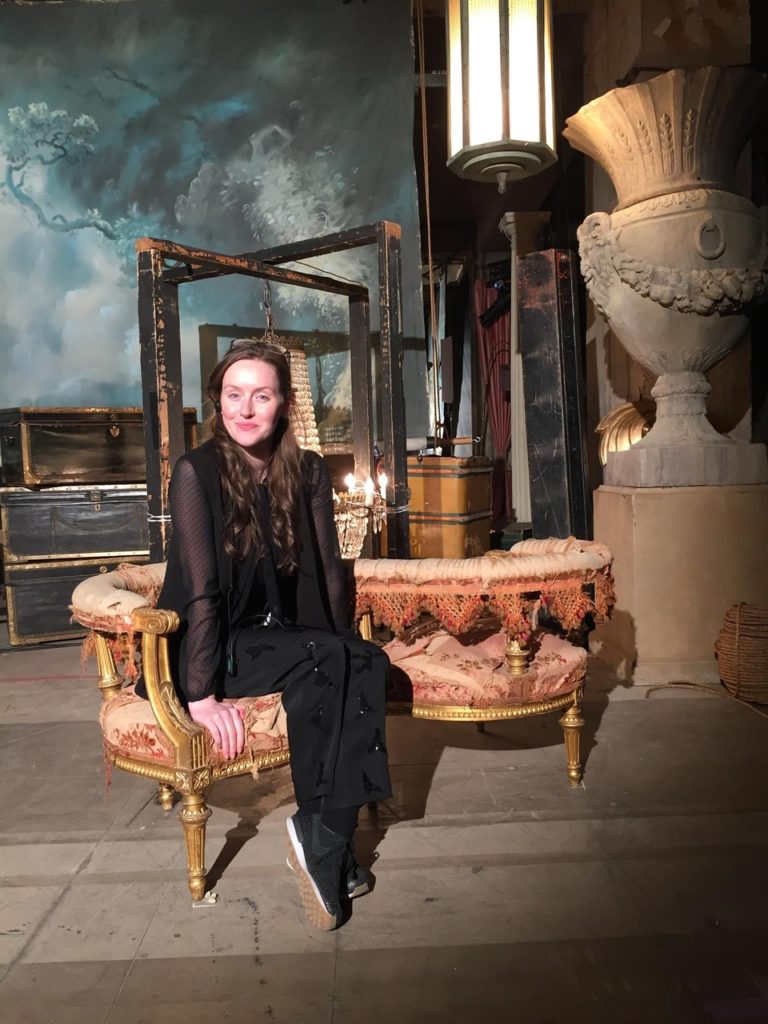 What does a fashion producer do?

I am the person running the budget and schedule, dealing with clients and all other people involved in making a show or event to make sure it all looks fantastic and falls within budget.

What undergraduate did you study?

I studied Media Arts in DIT.

What was your first ‘real job’?

Aside from being a ceannaire in the Gaeltacht for years, I worked in BT2 on Grafton street which was VERY glam in 2006. Then I worked for Jules Fallon at 1st Option modelling agency as an assistant for about a year part-time — very exciting but hard work!

What was the most valuable thing you learned early on in your career?

To not get above your station. People rarely care what you think; they just want their own ideas discussed, which can be tricky when everyone has a different concept of what is chic.

What’s a common misconception about what you do?

That I meet celebrities and hang out with them, or that it’s glamorous.

Can you name a favourite project you worked on?

My first Erdem show was one of my favourites, as we held it in King’s Cross and had models moving along platforms and walking over train station bridges. For most other events, I sign an NDA (Non-Disclosure Agreement) so I can’t give too much away!

Do you travel a lot for events?

Recently yes; I was just in Palm Springs working for Calvin Klein at Coachella. The next gig is in Shanghai for a French fashion brand. I go abroad maybe four times a year.

What were you up to at Coachella for Calvin Klein?

I was overseeing the build of the ‘CK House’ that we designed for them. The design was based on their latest campaign video, with well-known characters hanging out in this ’80s/’90s house as if it was after a house party. We wanted it to feel like Coachella guests could hang out and reenact the video with their friends. It was a five-day build, following by overseeing two weekends of festivals, then a manic de-rig to get out. It was the longest I think I’ve ever been on site — I’m not made for the sun, so I was thrilled to come home!

Could you describe an average work week?

There is rarely an average week, but right now, I’m doing two days in an office working on floor plans, then I’ll work at home or in cafes/Soho House. If I’ve got phone calls, I’ll take them at home as they’re usually in different time zones, so I do them from bed!

What’s your main responsibility? Do you have team members/juniors to assist and support you?

My main responsibility is making sure the client is happy with the concept and that we don’t go over budget. Often, the client likes to change things without understanding how it may cost more money, so I’ve to spend a lot of time explaining this. I have a Production Assistant on most jobs and teams in various offices who can help me. I also work closely with a Technical Manager and Production Designer to make sure they’re happy too.

How stressful would you rate your line of work? What do you do to de-stress after a long work week?

I’d say most jobs start as a 5/10 and reach 11/10 the week before the event build takes place. I do yoga and hang out with my friends as soon as the event is wrapped up. I can’t really concentrate on anything mid-event, so usually, I have a lot to catch up on as soon as I come out the other side.

Do you have a career mentor or someone you look up to?

Angela Scanlon and Brendan Courtney were always helpful and encouraging when I was working in Ireland and when I moved to London. It changes so often, but I’m following Samantha Barry and Sinead Burke on Instagram right now and want to be part of anything they are doing. They’re so smart, it’s exciting to see where they’ll be next.

Biggest risk you have taken in your career so far?

Moving to London seemed risky at the time but was actually exactly where I needed to be. It always feels risky to turn down work too, but sometimes it’s for the best.

For people who want to get into your line of work, what’s your parting advice?

Intern, assist, meet strangers for coffee, slide in DMs, stalk… whatever it takes. There is always an opening but you need to be at the top of peoples’ inboxes.