It was a world that no modern make-up artist would recognise. When Bobbi Brown started her career, there were no niche brands, no Space NK or high-performing professional products. ?In those days, I was using make-up bought from department stores, but then I slowly started using pigment from theatrical make-up stores that were flatter and yellower, which I’d mix and apply straight onto the face.?

The era was the early 1990s, and Bobbi was on top of her freelance career. ?No one had last names back then,? Bobbi remembers. ?It was Linda, Christy, Naomi, Helena – you know? Every day was a different supermodel, whether it was a fashion show, or a shoot. And I remember that a time came when I wanted to leave the shoot at the end of the day and go have dinner with my boyfriend. I was starting to not ?feel right? in my job… but it was my job! Around that time, I got engaged, and then I got married, and then I remember the turning point came. I got an opportunity to go to Bali for two weeks with [legendary photographer] Bruce Weber… and I turned it down. I didn’t want to be away from my husband for two weeks. I remember being really worried that I did the wrong thing, because it was a very big money job and we needed the cash. But my husband was amazing and said, ?You know what? Don’t go – we’ll figure something out.?? 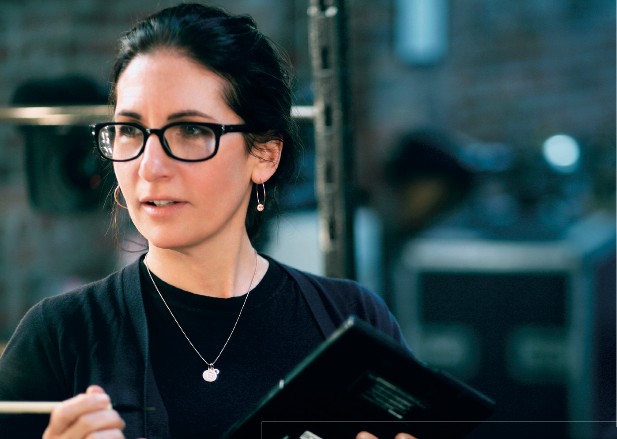 This mindshift was then catalyst for Bobbi to create her first products – a collection of a dozen lipsticks. ?Somehow,
I got this idea to make lipsticks that I thought people would like. That’s how I make every decision, based on not just my gut, but knowing that people like what I’m doing.?

In the early days, Bobbi used to supplement her freelance work with make-up lessons at Fre’de?ric Fekkai’s upmarket Manhattan hair salon, which in turn became perfect market research. ?I would literally teach a woman how to do
her make-up. I didn’t have products then, but I realised, for example, I’m using this blush from Clinique all the time, or an eye shadow from somewhere else all the time. And basically, I was curating the best pieces; the best brown, the best taupe, the best grey… After lipsticks, I launched lip pencils. I had a pink, an orange, a red, a brown, a beige… And I was spending an enormous amount of time emptying out my big, giant bag, and trying to organise it. I’m still an organisation fanatic. But one day I realised this was really stupid. I don’t need ten of this and ten of that… And that’s kind of when I got my idea, that it would make so much sense for a brand to be created by a make-up artist that knows skin. And so, Bobbi Brown Essentials was born.?

Thanks to a combination of smarts and great product development, Bobbi’s brand was an instant success. ?It wasn’t straightforward, though. I remember desperately wanting to get the line stocked in Bergdorfs, but they weren’t biting until I told them Saks were interested!? This may or may not have been true, but an instant listing in the iconic store ensued.

Before long, Bobbi was being featured on TV as an expert, and word of the lipsticks travelled. ?And then, journalists interviewed me and I was always myself, not sitting there like a marketing person. I’m married, I have kids, so people started writing about my lifestyle. It was just me being who I was.? After Bergdorfs came Neiman Marcus, and beyond. Within four years, Bobbi’s brand was the number one seller in both businesses, and Leonard Lauder, son of iconic Este?e, came calling. ?He said, ?You’re beating us in the stores, we’d like to buy you? and I said, ?We’re not for sale?. After a few meetings and dinners, he looked me in the eye and said, ?I think amazing; you remind me of my mother,? and he said, ?I used to run the business for my mother so she could do what she was good at. if I tell you that you could do what you’re good at and leave everything else to me??? The deal was done, and Bobbi created a new beauty genre – the artist-led brand. In the intervening years, Bobbi has created countless cult products, most of which come from her desire to stay engaged.

?I like to make things up, I’m creative, practical and love working with a team. I do Fashion Week every year, which means I get to try new products and work in new markets. Working on the shows always brings innovation that can be incorporated into new product ideas. The idea for my gel liner came about on a photo shoot. I wanted a liner, but didn’t have anything, so I got a mascara, took a Q-tip and applied it as liner. It was still on the next day because the formulation was a waterproof one, and an idea was born. I got onto the lab to create something similar that was gel based, and the pot was inspired by a vintage ink well from my desk that I had found in a market. Equally, the Retouching Wand came from the experience of looking at awful concealer, but noticing that if you poured it into a pen with a sponge, then it went on far more sheer, and looked more natural.? 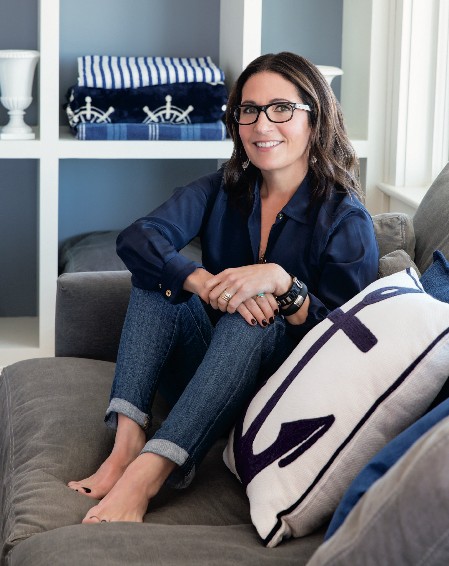 On her strengths and weaknesses, Bobbi is pragmatic: ?One of my really good traits is that I don’t feel bad about what I’m not good at, so I will make sure I get someone who is.? The same applies to work-life balance: ?I don’t try to be supermom. I tried only one time and totally messed up. That’s when I signed up to help on a school project with all the stay-at-home moms. I agreed to source googly eyes – you know, those plastic moving eyes you stick onto things? It was during Fashion Week and, of course, I forgot them. It was late by the time I remembered, when I was in the car, on my way from a show, I was totally up against it, but got to a store just before closing time. We pulled up, I ran in, but no joy. No googly eyes. I died. I just sat on the curb and burst into tears. I was tired and emotional after Fashion Week, and I was a googly eye failure! So I pulled myself together and thought… and I got onto my friends and spread the word. Everyone got involved and by the time I got home, there were hundreds of googly eyes waiting for me. The next day, my kids came home from school and I asked how everything had gone, and were the googly eyes okay. The killer? They didn’t even use them in the end!”

As she celebrates 25 years in business, Bobbi remains the authority on beautiful beauty and helping women look – and feel – their best. Her on-counter make-up lessons are truly life- changing for women of all ages. So, in a life of making others? dreams come true, what’s left on Bobbi’s bucket list? Whose face would she like to paint? ?I would love to do Amal Clooney. I think she would look divine in really glowy, natural make-up. And e Queen; I would love to do the Queen. I actually have a lipstick called Her Majesty, created from research I did, looking at what lipstick she would like.?

This article originally appeared in the December issue of IMAGE magazine. Photographed by Alice Gao.