The dark world of mommy vlogging takes another blow

This Georgian Leopardstown home full of country charm is on sale for €2.7 million

The treatment of the women’s rugby Interpros is sadly indicative of all women’s sports in...

My life as a fashion buyer –the glamour and the grit

‘The life we are living may not be the one we want’: Meet the career...

Ikea’s autumn/winter collection has arrived, here are our favourite picks

Garth Brooks: No, we are not doing this again

Culture Night is tomorrow, here are some of the events you can still attend

With news breaking this week that Gwen Stefani is launching her own beauty line ‘P8NT’, as well as a J.Lo/ Inglot collaboration in the works, it’s safe to say our bank accounts will be empty by the end of the year (but our faces will be flawless at least). The beauty industry has been flooded with celebrity lines and collaborations for years. Many of today’s successful beauty vloggers have become celebrities in their own right off the backs of their make-up lines.

Celebrity collaborations are the perfect way to draw us, the make-up obsessed masses, into the shops. Who didn’t have a bottle of Britney Spears’ Fantasy in their teen years, or coveted the ultra-thin arches of Drew Barrymore’s eyebrows back in the day? Yes, you might shudder at the memory, but even Kim Kardashian fell victim to that trend, so don’t feel too bad. We are of course much better informed now about what make-up looks best and will definitely never look back at the days of knife-sharp contouring and rainbow highlighter with mortification *cough*.

JLo and Gwen Stefani’s collections got us chatting here at IMAGE HQ  about the celebrity makeup lines that have made a lasting mark on the industry, from top models to tattoo artists. Some were met with rave reviews while others had their fair share of controversy, but all were hugely successful. 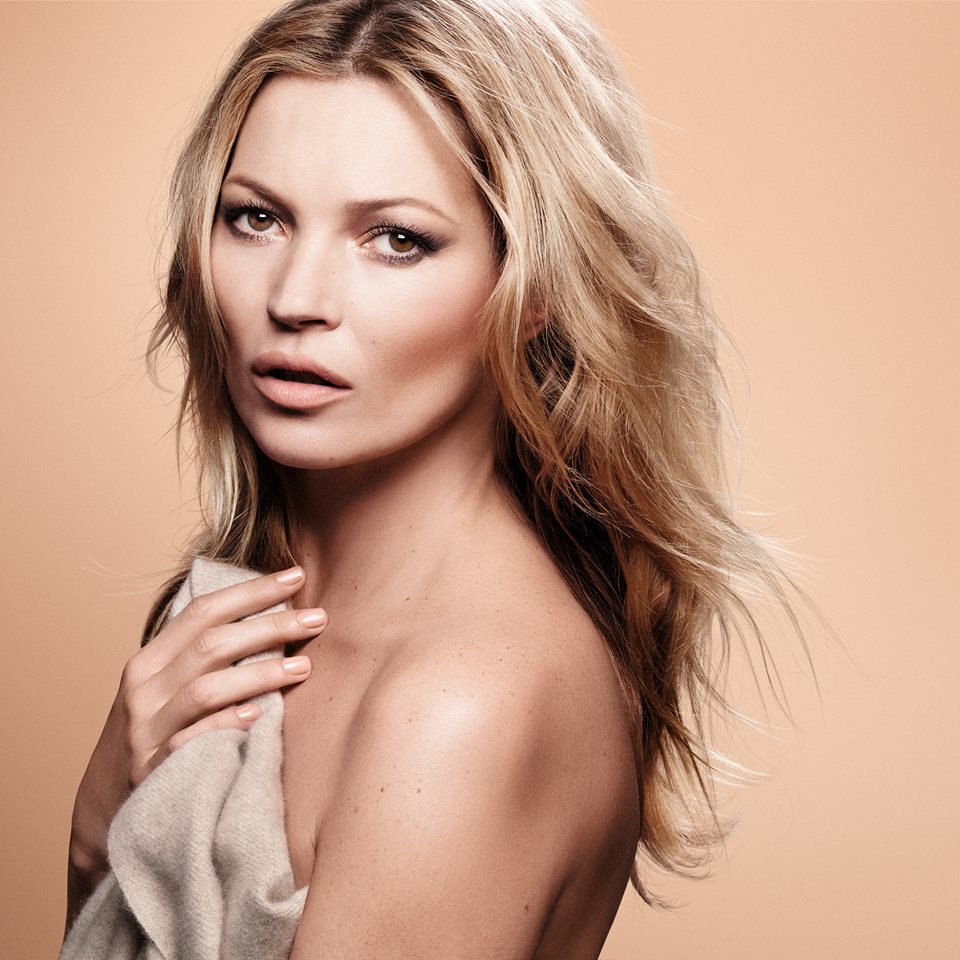 If you need one celebrity that screams ‘London’ for a makeup collaboration, Kate Moss is a perfect choice. As one of the world’s most iconic models and a Rimmel London ambassador for almost a third of her life, this was one collaboration that made sense. Moss launched her first line of Lasting Finish lipsticks with the brand in 2011, and they’ve been a staple product for Rimmel ever since. A matte range, nude and spring collections, and a line of bronzing and highlight palettes all followed over the years, but Moss’s signature lipsticks are here to stay. 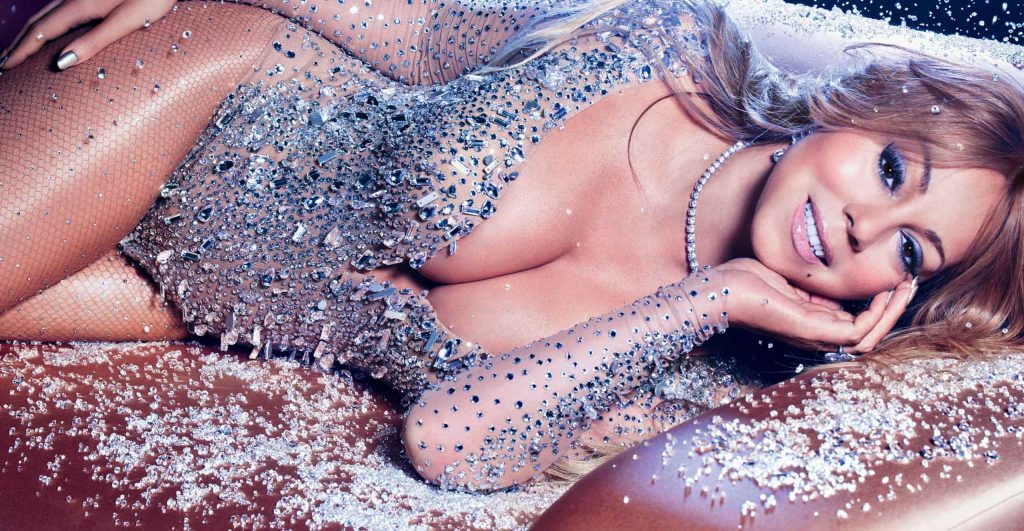 Widely renowned as one of the most extra celebrities out there, Mariah Carey is no stranger to extravagance. Her obsession with good lighting is well documented, so for her collaboration with MAC in 2016, it was gold, silver and diamonds galore. It certainly dazzled the fans; the collection sold out within its first 24 hours, making it the second highest-selling celebrity collaboration in MAC’s history. 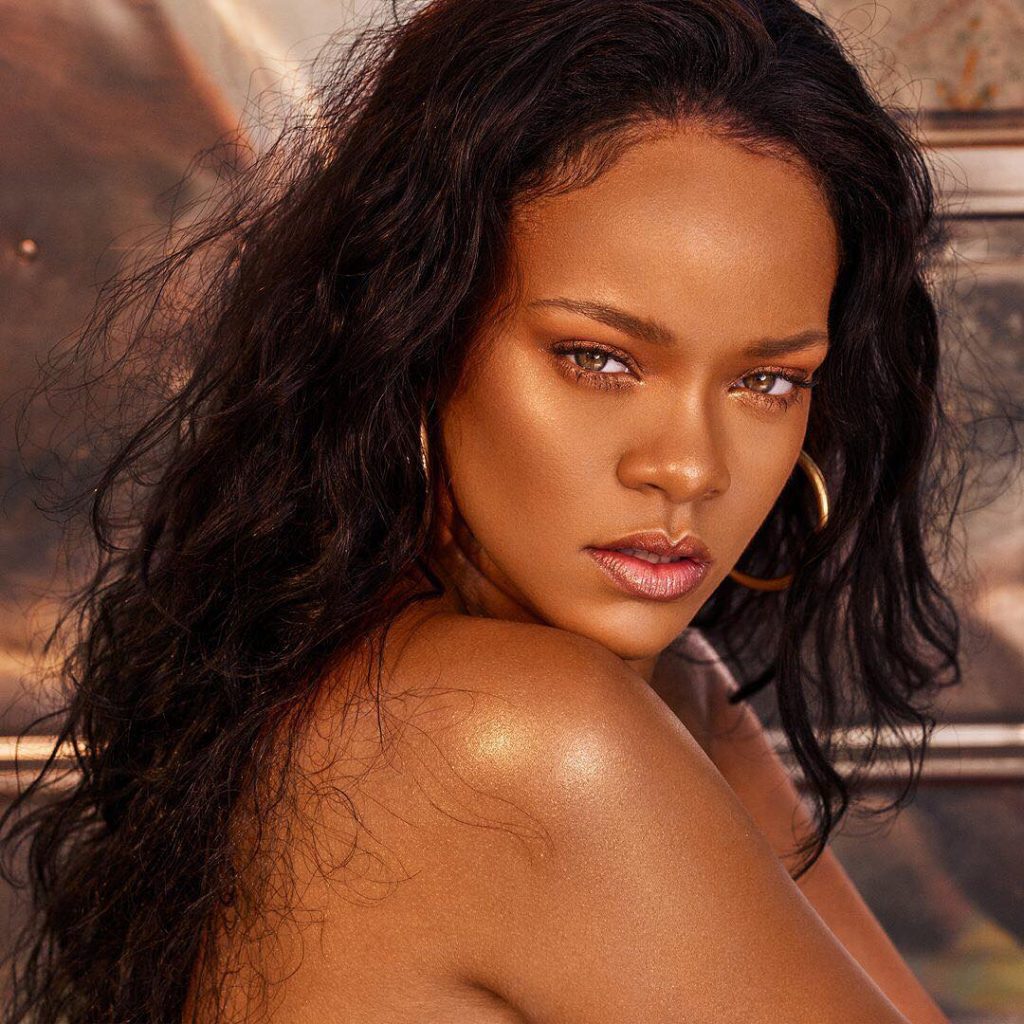 Fenty Beauty is the perfect example of a makeup line that came at exactly the right time. Makeup lovers around the world had long been criticising the lack of options for different skin tones but many top brands still only released a few darker foundation colours, with multiple options for paler complexions. Enter Fenty Beauty. Rihanna was praised for releasing a line with 40 shades of foundation along with on-trend gold highlighters and the perfect red lip paint. The fans responded in their millions. The darkest shades of Fenty Beauty‘s foundation consistently sold out, showing competitors that providing options for everyone pays off. 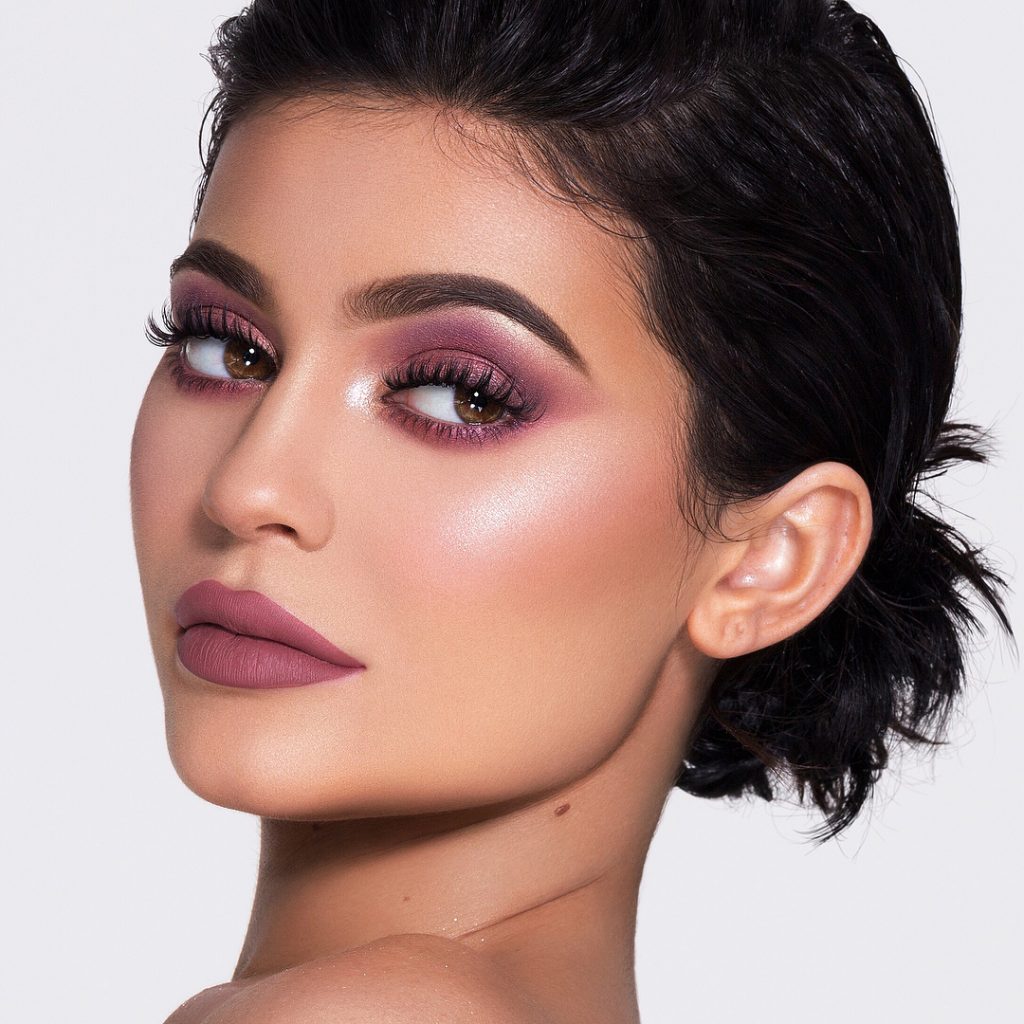 Love them or hate them, the Kardashians have created an empire off the back of their public image. From this, it’s arguable that they gained most of their recent success from their individual makeup businesses. Youngest sister Kylie has been the most successful of them all, with her line Kylie Cosmetics drawing in almost 500 million dollars since its launch in 2015. Jenner single-handedly launched the modern trend of luscious, overdrawn lips amongst today’s teenage girls, so it’s no wonder that her lip kits are the stand-out product. The line hasn’t been without its issues, with many YouTube beauty vloggers slating the quality of the products but Kylie Cosmetics shows no signs of slowing down. 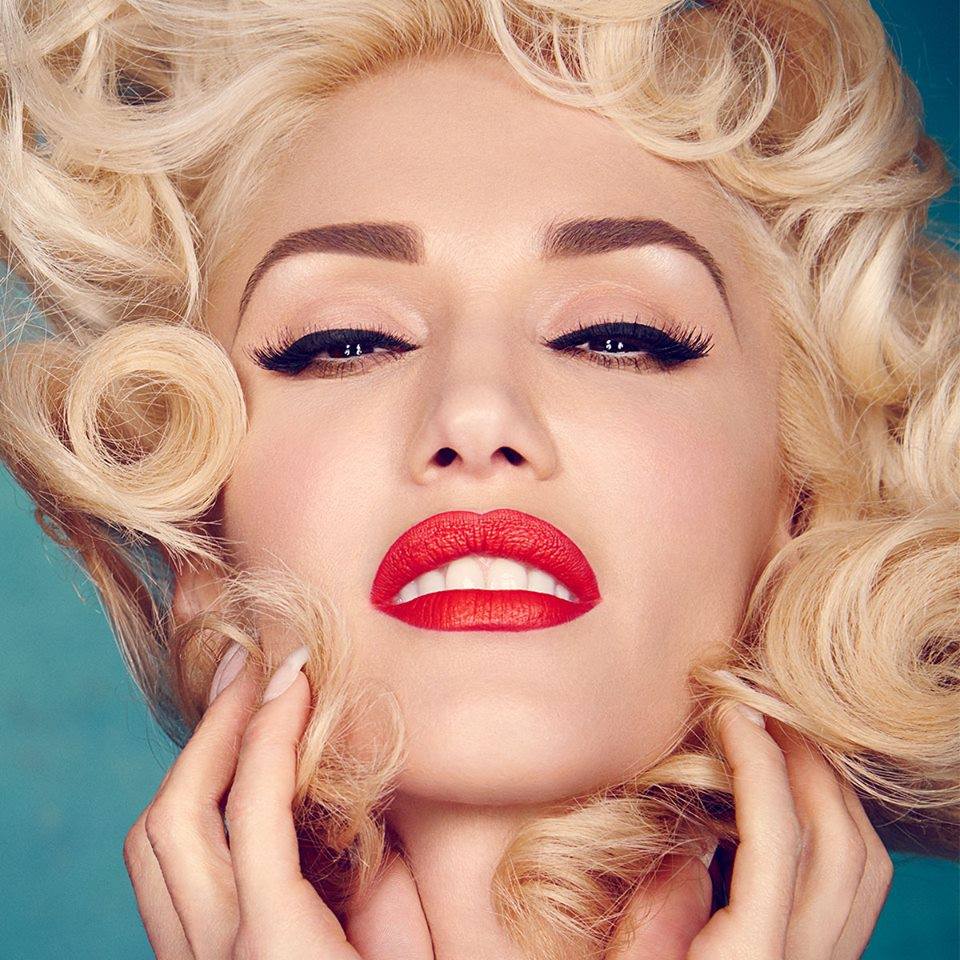 Has Gwen Stefani even aged since her No Doubt days? Sometimes I just sit and ponder the fact that she’s 48 and still looks like that. With her grunge-meets-glam aesthetic, Stefani was the perfect match with Urban Decay and was even seen as a muse for the brand. It’s said that co-founder Wende Zomnir often chased her down at music festivals in the 90s to get her to try the products. With Stefani’s own beauty line just announced, her 2015 limited edition collection may be a good indicator of what’s to come – plenty of bright colours, matte lipsticks and sculpting brow kits. 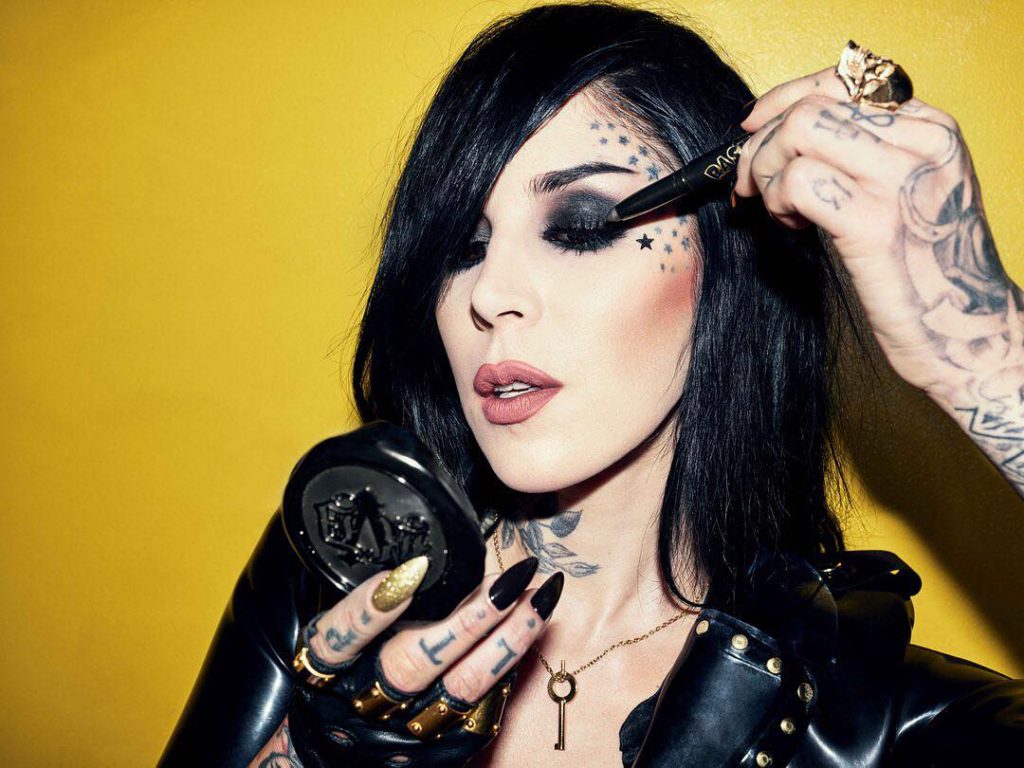 A far cry from the pinks and nudes of many big makeup brands, Kat Von D gave emo girls everywhere their own makeup to play with. A successful tattoo artist to the stars, Kat branched out and launched her own makeup line with US chain Sephora in 2008 to rave reviews. Her Tattoo liner (appropriately named), along with matte lipsticks and full coverage foundation that even covers tattoos have all reached cult status, and she’s also a proud advocate of her products being vegan and cruelty-free. 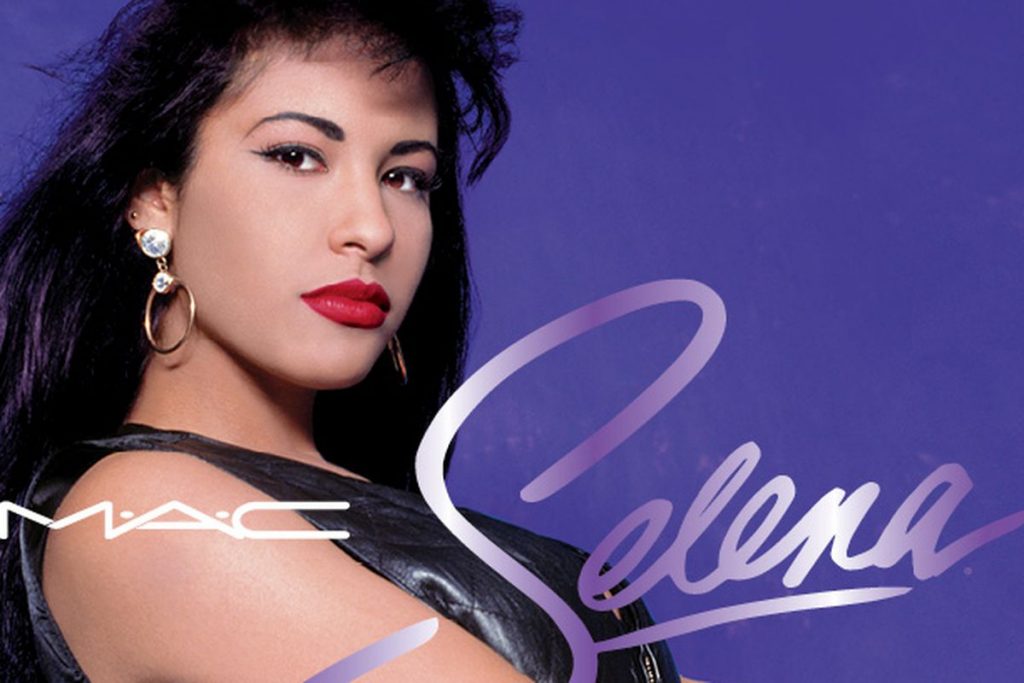 Selena Quintanilla, often dubbed ‘the Mexican Madonna’, was a Mexican-American singer-songwriter and style icon of the 90s in the US. Over twenty years after her tragic murder in 1995, MAC dedicated a brand new collection to the singer in 2016, in response to an online petition with thousands of signatures. The collection, which included bronzers, eyeshadows and Selena’s iconic shade of red lipstick, became MAC’s highest selling celebrity collaboration to date. The collab proved that the public had a desire for nostalgia and to honour icons that have passed. Following this, MAC is due to launch another posthumous collection in June: this time for revered hip-hop star Aaliyah, who tragically died in a plane crash in 2001.

We’re taking a dive into TikTok’s viral trend – glycolic acid as a deodorant.TikTok is a breeding ground for questionable...

“The length, lustre and health of your hair depend on the scalp,” says Gareth Bromell, the celebrity hairdresser behind H...

Take it from the pros. Do you ever see someone with really great brows and wonder, how? Being nosy about...

BEAUTY, OFF THE CUFF

The power of owning your look and ageing bravely in midlife

Midlife should be a time when a woman knows who she really is, and becomes truly comfortable in her own...

Soothe your body and mind and lull yourself to sleep with pillow sprays. If you’re here, you’re probably well aware...