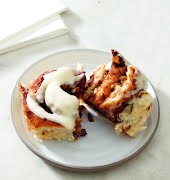 Why toxic friendships have no place in a pandemic

The Covid-19 crisis has author Jane Ryan reflecting on toxic friendships and why life is way too short to put up with them.

It’s an odd time right now. On Friday, my husband brandished a new electronic razor and greeted our eldest son with “welcome to the blind barber” and indicated to the kitchen chair. It’s the era of home haircuts.

On Saturday night, we had a Zoom pub quiz with three other couples. We hadn’t stumped up for the Pro version of Zoom and were packing high-octane entertainment into 45 minutes. Have you ever sucked air from a helium balloon? Now you have the idea – it was a green-screen shouting, high-pitched giggling that signalled the highlight of my weekend. But it was good. I was a new woman after that too short session punctuated by gabbling chat, blown kisses and shouts of “you’ve frozen”. I felt lucky, fortunate to have friends to help through this time.

It lulled me into going online to visit with other friends, but with machine precision. Facebook brought forth a photo for me to share on my timeline – should I choose. I hid it. In other times, I wouldn’t be online to any real extent, much less curating my Facebook page, but we are not in “peacetime” as our politicians remind us.

It made me ruminate on the longing to get back to normal and forced me to look at myself. That photograph, like the stubborn chin hair lurking under the skin waiting for the moment you look away to sprout, begged a question. The question the busyness of ordinary life had masked: How do I cope with toxic friendship?

After some decades as an adult, I find I walk away – I never saw myself as a runner or conflict-dodger, but I am. When I was younger, I fell victim to the fetishisation of female friendships: Was I a good enough friend? Was I over-sensitive or trying too hard? Was I fun enough?

The photograph was taken at a lunch in the summer of 2019, in a fine floral-upholstered hostelry off St Stephen’s Green. A friend I’d known for decades, I’ll call her Siofra – the type of woman who’s financially secure and pleased with her situation – had asked a group of friends to come together ostensibly to celebrate my debut novel. A warm afternoon called for citrusy summertime Screwdrivers.

Things kicked off quickly. I was responding to a question when Siofra cut across me and announced to the table, “Dearest Jane, I’ll stop you right there. You’re boring the pants off everyone!” The colour scorched up my face and for once I was grateful for my poky, ill-lit bathroom – I’d piled on the greasepaint and now no one could see my beetroot-coloured embarrassment. The conversation didn’t drop a stitch as Siofra and her pals rolled on, discussing an exclusive event they’d attended.

Siofra had a praetorian guard, and a newly promoted member was keen to show her loyalty. She berated me, questioned my parenting decisions, called me a fool for moving professions, and told me I was a flake. She mused aloud if I knew how good Siofra was to me. With every cocktail the spokeswoman consumed came a freshly squeezed put-down. All labelled banter, delivered with laughter and Siofra’s tacit approval.

As the lunch progressed, I found myself in the restaurant’s snazzy bar at 6pm, justifying to Siofra why I was good enough to be her friend. Strapped in by politeness and a misplaced feeling of obligation – they had embarrassingly bought me lunch despite my refusal – I waited to the bitter end when I should have left 20 minutes into the starter.

You can grow away from someone, refusing to be their satellite by absenting yourself from their orbit, perhaps unknowingly.

The desire to keep yourself safe works layers below the conscious mind. I wanted to put my energy where it could do good and with the people I love, perhaps now more than ever. I had fond memories of Siofra, would have done anything for her, and did. I wasn’t keeping tally on who was in whose debt, but somewhere along the way our friendship soured. I was as much at fault as Siofra. Like a stem cell, I had existed in a naïve state in our early days of friendship. Mutely accepting an assigned role of audience member in a sold-out show; lucky to get a seat, and Siofra never expected me to evolve.

I’m guilty of ghosting Siofra, and there’s no defence. My work, children and an innate personal disorganisation combine with winters of throat infections to make me less available. Our lives have different rhythms, and I don’t have Siofra’s spending power; my trips away are scarce, and I choose my husband and children as travelling companions. If I had more time and money, I might widen the travelling circle, but I might not.

I’m also culpable of miscommunication; some of life’s commonplace events that I treasured and shared with Siofra were perhaps mundane viewed through her cosmopolitan lens. I should have told her what was important to me instead of always listening, afraid I’d miss my cue. I am a bookish individual and gifted with the friendship of intelligent, funny and gentle women. They make Siofra’s crowd-pulling brashness less compelling.

I’m not sure why I was asked to that lunch. Drunk in the middle of the day and utterly discombobulated. Guilt was a big part of the reason I accepted Siofra’s invitation, but so was the love for a friendship that had seen me through my twenties. I received texts from the women who attended the lunch, telling me it was “such fun” and I was a “doll”. Were we at the same event? That lunch was a dangerous carnival rollercoaster with broken tracks and me – the joyrider – hoping momentum would carry the car over the gaps. It didn’t, and seen through this time of anxiety, illness and self-sacrifice, it dulls into white noise. We will take different things into our new normal, and we may surprise ourselves at what we leave behind. 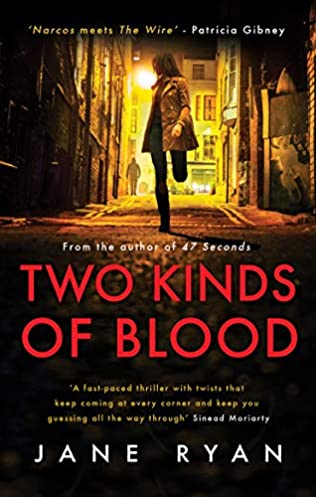 Read more: Friendship fallout in a pandemic: “I realised that nobody had picked up the phone to see how was I doing”

Read more: Navigating the awkward conversation you need to have with that one friend who isn’t following COVID guidelines

Read more: The incredible sadness of breaking up with a friend

‘I could say I hate having my heart broken but without the heartbreak, I wouldn’t have the music’: Stacey Dineen on her debut single

‘Sometimes I resent him and want to leave him’: Living with someone with a mental health condition