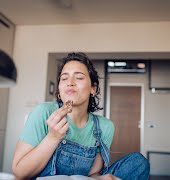 Vaccine envy: ‘When I was offered the vaccine, my friends Whatsapp group went very silent’

Atayef (a Middle Eastern pancake with a twist) – the winning recipe from innocent Ireland’s...

Like many of us, Sinead Kieran from Meath had a life plan – a very well-thought-out plan that involved marriage, children and starting her own business. But tragically, everything changed in an instant.

“In my 20s I fell into a corporate job with an American company. I learned an awful lot, but in achieving such success so early, I got a little lost. I was a bit too materialistic and wasn’t sure I was where I wanted to be. So I jacked it all in and went travelling – trying to figure out who I really was. I wanted to start my own business but I didn’t know what. I also wanted to be in a relationship, to settle down, to have children, and to stay at home with them.”

“So, me being me, I decided to make a list of everything I wanted in a partner. I had this idea of exactly who I wanted to meet. Then a year later, I met Brian. He was totally the opposite to everything I’d put on my list. What I found instead was a beautiful person.

At his core, he was kind-hearted, caring and funny. It just all took off. For the first few months, I couldn’t believe that he wanted to be with me – that he loved me, for me. It took me a few months to get used to it.

We moved in together in Cork after a year. He taught me how to love and be loved. He was so sweet, he even used to leave a hot water bottle in my car in the mornings so I wouldn’t be cold. Our plan was to get married, have kids, I’d stay at home and start my own business.

That was our plan. We got engaged. I bought the dress, he got his suit, we had the venue booked for August, the honeymoon, cakes, the lot. We were good to go.” 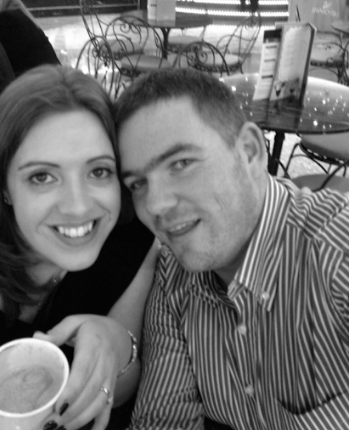 “And then one day, a Tuesday in March, he went to work as normal and he never came home.

“I got a phone call to say he wasn’t well and that they’d called an ambulance. They said to go straight to A&E. It is like the movies; you are in a corridor, and then the doctor walked towards me with a nurse either side and you just know it isn’t good news. Brian had died, quite suddenly. Basically, he had experienced Sudden Adult Death.

“He was just 35 years of age. Within that space of, well, nanoseconds, my whole world changed. My partner was dead, my future husband was gone. The kids we planned together … all gone.”

Sinead decided to speak out about her experience of grief and resilience when The Navigation Coach asked her to share her story – a post that was viewed by thousands. Sinead says her path was far from straightforward.

Going through the motions

“You just go through the motions. The funeral directors were appointed, my family arrived. In fact, my family played such an amazing part in all of this, they never once left my side. Even the dog wouldn’t leave my side. So my life changed – I’d gone from buying a wedding dress to buying a coffin. Then we buried Brian.

“I remember people saying at the time ‘you are so strong, you’ll be fine, you’ll come back from this, you will be okay’. Those words stuck in my head because although kind, you put yourself under pressure to be ‘fine’. About six weeks later, I thought yes, I need to get on with my life. I went back to work and of course, crashed and burned. I was lucky that I had an amazing boss who rang me and said, ‘don’t come in here again until you are ready, whether that takes one day or one year’.

“I fell apart. I went to bed. I didn’t really get out of bed for three weeks. I couldn’t even wash. I remember lying there thinking that this is it, there is no way out if it.

“I remember thinking a lot of the bridge beside the River Boyne where I lived at that time. If I fell off that, imagine the peace I’d get, I thought. No more hurt.

“The pain of buying time was just so physical. There are no words to describe feelings like this. I remember thinking frequently of that water but every time I did, I also thought about my family. I could never leave them. They were the ones that kept me going – the ones who stopped me. I don’t think I’ve ever said that out loud, but I want them to know that they saved me.”

“I started using the internet to look at grief groups and to find out how to move on. But I found that they are all very much geared towards older people. I wanted to talk to someone who had been in this situation.

“I wanted to ask them how did you manage to go to bed without anyone beside you? What did you do with his toothbrush?

“It sounds silly but things like putting out the bins – that’s his job. I didn’t know the code for the gate. Your life becomes part of a unit, a partnership, and then they are gone. My cousin had gone through similar, so I leaned on her very heavily and that helped. You go through all the natural stages – anger, denial, sadness.

“Then one day I decided to get out of bed. My friends, two amazing friends, cancelled my wedding so I didn’t have to face doing that. In fact, I got a beautiful card from the shop that took my wedding dress back. Everyone was so kind.

“I decided to start counselling and to try and figure out my new normal … my new life. Brian was gone and he’ll never be replaced but I had to feel my way back to something that would help me move forward. Counselling was amazing for that. From there, it has been a process of different stages of healing. Brian is gone for nearly six years now.

“I no longer see a counsellor but I do see a coach each month. I went back to work and toyed with the idea of doing an MBA, but I still felt lost. I remember sitting on the stairs to renew my car insurance and getting such a kick when they asked which boxes to tick. 35-40, 40-50, widowed, single, married, etc.

“Suddenly I realised that my life was a series of boxes and I didn’t know which one to pick. It set off something in me. I didn’t know where I was in all of this. I started my coaching course. It pulled me apart and put me back together again. As an individual, I realised that I’d been lost for years, even before I met Brian. I wanted to discover who I was and what I wanted to be.

“It really helped me move forward and to refocus. It was only natural that I wanted to start my own business, and it all just clicked. I’m a personal and business coach now and set up Coaching by SMK. I thrive on helping others to get the best out of themselves. 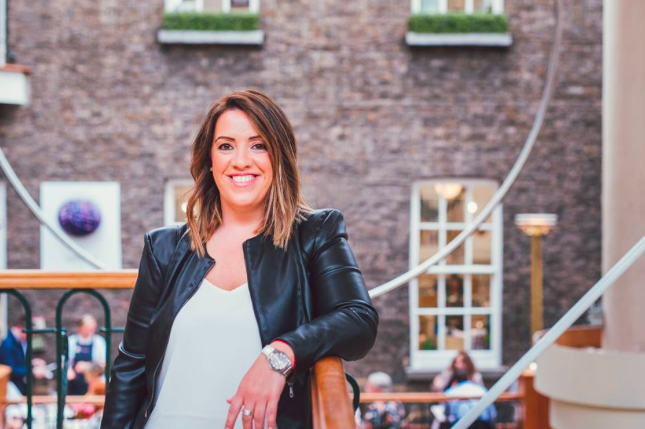 You are more than you know

“I’m telling my story because I want to help others overcome their own challenges. I want people to know that you can overcome anything. It isn’t easy, but you can rise and find your new normal. You are more resilient than you know.

“I rise up every day because I am grateful for things – my warm house, my amazing family, my health, my work and that I was given the gift of love. Brian taught me that. I’m sure there will be someone special in my life in the future. Brian can never be replaced, but he really set that bar pretty high.”

With burnout officially being recognised as a legitimate diagnosis, two...

Soula Emmanuel: The internet wrecked the world and saved my life

Trans writer Soula Emmanuel writes about her experience of becoming "ammunition in a culture war".

Pain, stiffness and swelling: Osteoarthritis affects women twice as much as men

Osteoarthritis is on the rise in Ireland, and as it...

What’s the pandemic missing? Gossip. These juicy tidbits should tide you over

With almost a year of monotonous days stacked up, I’ve been peering backwards to try and find the small sparks that used to alight our conversations.

The secretive world of swinging and kink might just be the most healthy approach to casual sex in Ireland today discovers Sophie White as she dives into the world of rigging, Daddy-Doms and impact play.

Lockdown Diary Week 2,304: I think I have a crush on the delivery men. Plural.

After a quick exit from Dublin to rural Ireland in March 2020, Edaein O’Connell has spent nearly a year locked down with family and overfamiliar cows. Here's how she's getting on...