Irish journalist Mary Fitzgerald reflects on her extraordinary 13-year career reporting from active war zones, from Tripoli to Beirut. She looks back on the toll it took and the new hope she’s found in international conflict mediation.

Last year, while packing to move into my new home in France, I came across my battered flak jacket and helmet. The heavy khaki coloured vest with the word “press” emblazoned front and back had accompanied me on several reporting assignments. I looked at it and the helmet, the dust of Libya still evident on both, and realised I would not be needing them again.

I started my career as a journalist in Belfast, reporting on post-peace agreement Northern Ireland for local and international media. The lessons I learned there about how a society is shaped and changed by conflict stood me in good stead when I moved to the Middle East a few years later.

I subsequently became a roving foreign correspondent for The Irish Times, travelling across the Middle East, Africa and Asia reporting on wars and natural disasters, but also stories that inspired: the women challenging the status quo in Afghanistan; the young entrepreneurs in Ethiopia talking of an Africa rising; brave protesters calling for reform in Iran; female bankers in Saudi Arabia; the residents of Timbuktu who saved priceless manuscripts from Al-Qaeda-linked militants who controlled their town. 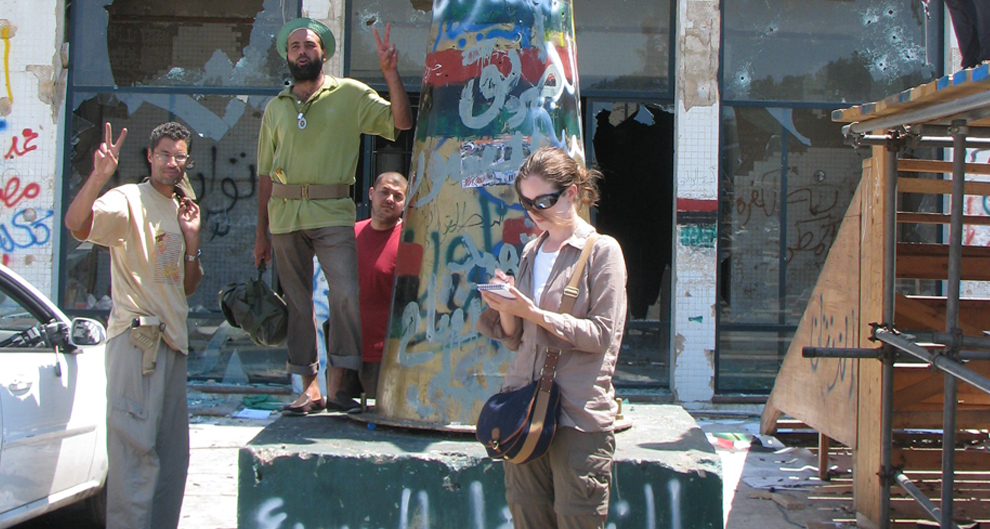 Then came 2011 and the string of revolutions and uprisings across the Middle East and North Africa – which some dubbed the Arab Spring – that left no doubt the region would never be the same again. Older colleagues said it was the only story that compared to the experience of reporting on the fall of the Berlin Wall in 1989 and everything that followed in Europe that year.

Witnessing it was an immense privilege; telling the story of those momentous events was both an honour and responsibility. It soon became clear that we were also entering a new era in terms of how wars are fought, one that brought multiple hazards for those of us there to report. Everyone from dictators to ISIS embraced social media, weaponising YouTube, Twitter and Facebook to try to win the battle of narratives. Caught in the middle were journalists challenging those narratives, and for that reason, they became targets.

Of course, there were risks before 2011. During my career, I had come under sniper and artillery fire as well as aerial bombardment. I had been tear-gassed at protests and interrogated by security services and militias. But something changed over the past decade; journalists have been targeted like never before.

I was in Tripoli when I got the news that Marie Colvin had been killed in Syria in early 2012. I had grown up reading Marie’s dispatches from Iraq, Bosnia and Chechnya in The Sunday Times. As a reporter, I would bump into her on assignments and always appreciated her dry sense of humour in trying circumstances. For many of us, Marie – who had so many lucky escapes and lost an eye while covering fighting in Sri Lanka – seemed immortal. Her death reminded us all of our mortality. Some of our mutual friends told me the shock of her death was such that they were no longer prepared to go to Syria or any other active war zones. 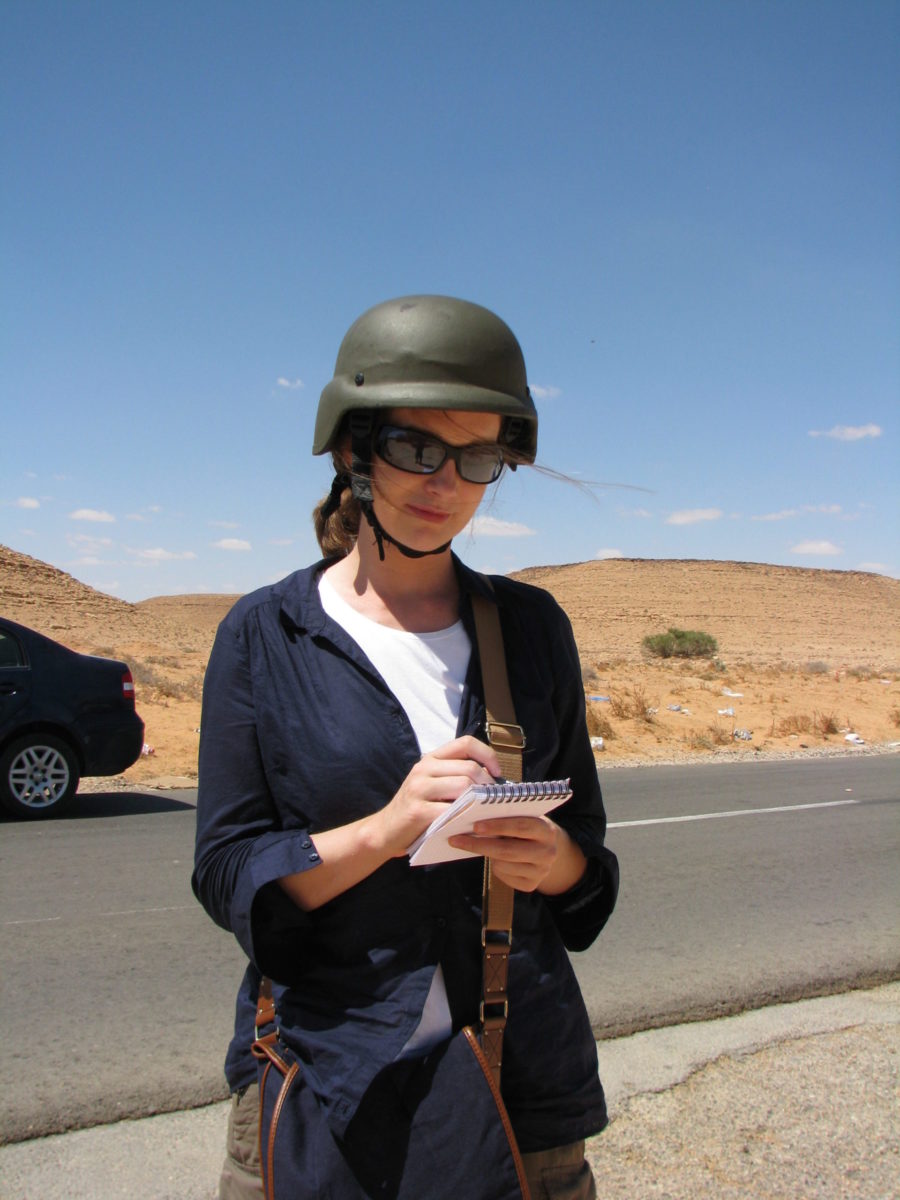 On the frontline during the Libyan uprising in 2011

In the years that followed, I grew accustomed to the chill that accompanied hearing news of another journalist friend or colleague missing, injured or kidnapped. The cruellest year was 2014, when two friends, American journalists Jim Foley and Steven Sotloff, were both beheaded by the ISIS militants who had held and tortured them for months before.

I had lunched with Steve in Istanbul a few days before he was abducted in Syria. He had chosen to ignore my warnings that it was too dangerous for him to return to a war he had already spent several years covering. Another friend, French journalist Nicolas Hénin, was held with Jim and Steve but was released. Nicolas is one of the many friends and colleagues that have chosen to leave frontline reporting behind in recent years.

The tumult of the past near-decade in the Middle East and North Africa, and the many colleagues we lost covering it, made several reconsider the risks they were willing to take in their work. The horror of Syria’s war, in particular, scarred many. Last year, in a New York Times essay headlined “What the Arab Spring Cost Me”, Lebanese journalist Nada Bakri wrote wrenchingly of her grief after her husband, reporter Anthony Shadid, died on assignment for the paper in Syria. “I quit journalism, left my home in Beirut, and moved thousands of miles away from everyone I knew and everything familiar… Along the way, I became someone I don’t recognise. I lost my balance and the discipline I once had. Being a journalist and being in the Middle East are both constant reminders of my loss. I needed the distance from both to be able to grieve and feel alive again.”

Nada’s story is included in the recently published Our Women on the Ground anthology, which brings together Arab women journalists writing about the personal impact of their work. The essays are powerful and moving. Several are written by friends and colleagues I have shared coffee, car rides, tears and laughter with on the road.

In 2014, I took a sabbatical to live in Libya for a year. That experience resulted in me moving away from full-time journalism to what I do now, which is working with international organisations specialising in conflict mediation and empowering civil society. My focus now is as much on the “afterwar” as it is the war. It’s about figuring out what is happening way behind the frontline. It’s about finding hope in what can sometimes seem like a hopeless situation. 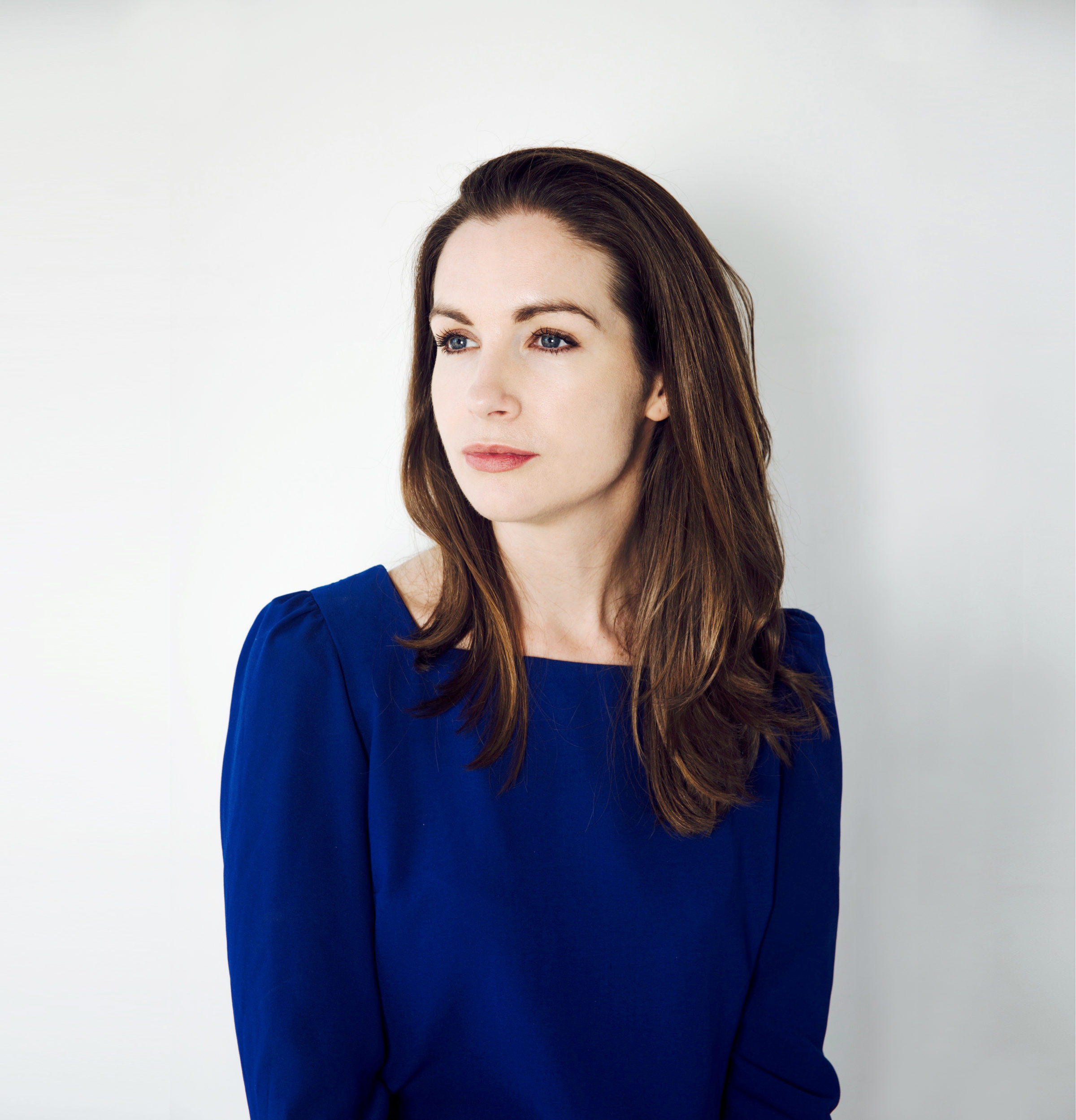 Portrait of Mary by Yohanne Lamoulere

Others have taken similar paths. Irish journalist Maggie O’Kane, who made her name reporting the Bosnian war in the 1990s, now works with a campaign to end female genital mutilation (FGM). Another Bosnia veteran, Janine di Giovanni, works as a consultant on Syria with the UN’s refugee agency.

Former RTÉ foreign editor Margaret Ward (we shared a Tripoli hotel room when the city was falling to rebel forces in 2011) now specialises in travel and the environment. The BBC’s Fergal Keane, who has reported from conflict zones across the world over several decades including the Rwandan genocide, made headlines in January with the news that he was stepping down as Africa editor due to posttraumatic stress disorder (PTSD).

His decision to go public with his PTSD struggle was widely praised in an industry where it was once covered up. Many hope it will encourage a more candid conversation about the effects of war reporting. Not everyone who works in a conflict zone – whether as a journalist or humanitarian – gets PTSD, but everyone suffers some kind of trauma. Several friends have been diagnosed with PTSD, others are dealing with different levels of trauma. Thankfully, I have not experienced such fallout.

My work means I continue to see the impact of war, but from a different angle, and one that does not require a flak jacket. Like most people who have experienced war, however, I can’t stand fireworks. The poem “No Explosions” by Palestinian-American poet Naomi Shihab Nye captures it well: “To enjoy fireworks/ you would have/ to have lived/a different kind of life”.

Featured photography by Naoise Culhane of Mary flying over the Chadian border in 2007, where refugees from Darfur had fled.

This article originally appeared in the Volume 2 issue of IMAGE Magazine.

‘I may have felt choiceless before, but I know I have choices now’: Lena Dunham on her plans to adopt

This couple beat 100,000 other applicants to be the new caretakers on the Great Blasket Islands

Rosemary MacCabe: Here’s what I know about pregnancy, 9 months in: Absolutely nothing