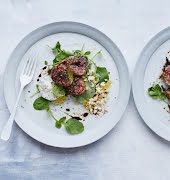 Tarot card sales have jumped in the last few years as people's interest in astrological and mythical meanings grow. But what's reading tarot cards really all about?

Listen, I haven’t a notion about these things either.

Up until a few weeks ago, I could just about tell you my star sign (Virgo) but didn’t have a clue what my moon (Pisces) or ascendant (Aquarius) signs were. But a friend recently convinced me to download the Co-Star app and while I’ve enjoyed seeing some admittedly very-coincidental horoscope predictions, I’ve also bathed in the inaccuracies of it all.

Funnily enough, the triviality of it all emboldened me to dig a bit deeper, and my curiosity sufficiently piqued, I’m now taking an equally skeptical interest in tarot cards. I have no idea if star signs and tarot cards are in any way related but I’m throwing them together under the heading of “things I don’t believe in but am nonetheless enthralled by”. Plus, it’s lockdown, if there was ever a time to go down an internet rabbit hole on something, it’s now.

So join me as we learn what exactly tarot cards are about and how to read them.

Tarot card sales are now at the highest they’ve been in 50 years, so it appears we’re not alone in our interest, but actually they’ve been around since the mid-15th century. Originally used as regular playing cards, in the 1800s they began to be used for “cartomancy” and “divination”.

The point of tarot card readings is not, as any mid-90s kid’s Halloween film might have you think, to predict the future. Instead, they’re intended to provide a space for people to evaluate their present and explore their own personal feelings and wisdom.

It’s been said that you should not buy your first tarot deck, but instead be gifted it. This is, of course, a myth, but we’re here living in the mythical now so best to go along with it I reckon. However, because there are such a variety of tarot decks out there, it’s best to be specific about what you want. Decks can vary hugely in design and imagery so find a deck that appeals to you.

Historically, the most common tarot deck for cartomancy is the Marseilles deck, but it’s all about personal preference. Whatever tickles your fancy — the Rider-Waite-Smith tarot deck and the Thoth tarot deck are also popular choices.

Once you’ve settled on a deck, here are the basics you need to know. A pack of tarot cards typically contains 78 cards, split into two sections: Major Arcana and Minor Arcana. The Major Arcana consists of 22 cards or trumps that don’t have a suit and are numbered 0 to 21. These include cards like The Fool, The Magician, The High Priestess, The Tower, The Moon and The World.

Minor Arcana are the other 56 cards, which are divided into four suits: swords, batons or wands, coins or pentacles, and cups. In each suit there are 10 numbered cards and four courtier cards, the King, Queen, Knight and Paige (called the Prince or Princess in some decks).

The Major cards are not dissimilar to your star, moon and ascending signs in astrology. They represent big, consequential things in your life and their numbers are chronological, marking the passing of time.

The Minor cards reflect upon smaller, more everyday happenings and these can change and shift regularly. These ascend not in order of time but in a deepening of understanding and maturity, so the courtier cards represent a significant amount of wisdom in a situation.

Each suit corresponds to the astrological elements that guide the influences over your question. Wands represent spirit and fire, and so are reflective of your passion and creativity. Coins or pentacles are an earth element and are linked with physical things like money and work. Swords are air and find meaning in intellect and knowledge, while cups are water and connect to our emotional lives.

But what do they mean?

While each card means something different, all decks come with a leaflet explaining each one’s meaning. However, more importantly, it’s about what you feel each one means – what you notice first, how you feel when you look at them. The key is not to rely too heavily on these concise definitions but instead let your own intuition direct you. It’s about your interpretation of the cards as much as anything else.

The best way to familiarise yourself with your deck is by drawing a card every morning. Have a question in your head when you draw and don’t forget to shuffle (known as “clearing”) the deck before you begin. The deck does not contain answers per se, but is designed as a guide to help you process and map your challenge.

Most tarot leaflets will also include a variety of spread options (ways to lay out the cards), but you don’t have to try any or all of them. Once you feel you have a good knowledge of your cards, you can start with a simple three-card deck. Shuffle the deck and then split then into three even piles face down. What each pile represents will depend on the question. They might be the past, present and future, or people, or places.

Once you’re ready, flip over the top card of each pile. Take note of whether they’re facing towards or away from you, do they look cohesive or disjointed, how do you feel looking at them? All of these should factor in as strongly to your reading as the definitions themselves.

Tarot readings will only be as reflective as you allow them. Tarot readings are not predicting the future but instead allow you to reflect upon and look deeper into your own understanding of a situation, like a tool for self-exploration.

… I think I’ve just talked myself into it. I feel like a teenager loitering around a shop corner but, anyone fancy buying me a pack?

This article was originally published in May 2020.