Whether you're looking for another podcast to get stuck into, are trying to find your next big summer read or are simply wondering what to watch on Netflix this evening, we've rounded up the best of new TV, books and podcasts to check out this July.

Brought to you by director Emerald Fennell (Killing Eve), Promising Young Woman stars Carey Mulligan as Cassie… a promising young woman whose future is abruptly derailed. A medical school dropout traumatised by a tragic event from her past, she spends her days seeking vengeance against the men who have wronged her. The soundtrack is also truly brilliant; Paris Hilton’s Stars Are Blind is one of the most underrated hits of our generation, in my opinion.

Based on the best-selling book by Tomás Eloy Martínez, Santa Evita is the story of a body with no grave and the legend that was born from it. In 1955, a military coup in Argentina overthrew then President Juan Domingo Perón and hid his wife Evita’s body for 16 years to prevent it from becoming a symbol against the regime. Before her death, Eva had become a powerful political figure herself, and her wandering unburied corpse haunted the country’s political arena for over two decades.

Unreal: A Critical History of Reality TV, wherever you get your podcasts

A relatively new addition to this year’s podcast pool, Unreal has achieved phenomenal success since it first came out back in May. A 10-part audio docu-series written and presented by Sirin Kale and Pandora Sykes for BBC Radio 4, it traces the arc of reality TV, discussing everything from Big Brother to Love Island and how the genre has essentially turned the very idea of fame on its head. Very, very good.

The hotly-anticipated movie adaptation of Lin-Manuel Miranda’s first musical, In the Heights opened in Irish cinemas last summer. Centred on a small street corner in the Washington Heights neighbourhood of Upper Manhattan, the film charts the struggles and joys of the majority Latino community – highlighting issues of racism, gentrification, poverty and immigration – with some very catchy songs in between.

Directed by Emer Reynolds and filmed in the glorious setting of Co Kerry, Joyride stars Oscar-winner Olivia Colman and Kildare newcomer Charlie Reid as Joy and Mully, two lovable rogues on the run. Mully, a 12-year-old “scallywag” and Joy a new mother trying to give her baby away to her best friend, the two form an unlikely friendship in a “big-hearted, wickedly funny and emotional story about hope and forgiveness”.

Carrie Soto is Back, by Taylor Jenkins Reid 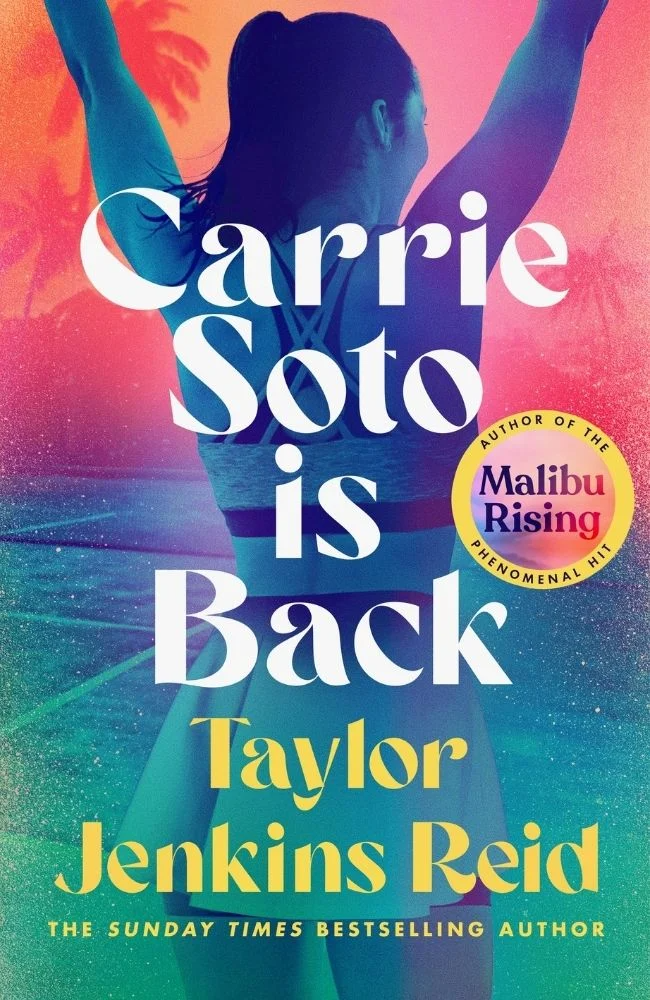 Brought to you by the Sunday Times best-selling author of Malibu Rising, Daisy Jones and the Six and The Seven Husbands of Evelyn Hugo, Carrie Soto is Back, is a powerful novel about the cost of greatness. Central character Carrie Soto is fierce, and her determination to win at any cost has not made her popular. But by the time she retires from tennis, she is the best player the world has ever seen. She has shattered every record and claimed 20 Grand Slam titles. Ask Carrie and she’ll tell you she’s entitled to every single one. But six years after her retirement, Carrie finds herself sitting in the stands of the 1994 US Open, watching her record be taken from her by a brutal, stunning player named Nicki Chan… prompting her to make the decision to come out of retirement at thirty-seven years old.

Making plans for the weekend ahead? Here’s what’s happening around Ireland