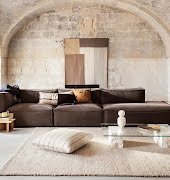 WATCH: Everyone is talking about Timothée Chalamet paying homage to Edward Scissorhands

Timothee Chalamet as Edward Scissorhands’ son?! With Winona Ryder?? This is the only Super Bowl commercial you need to see.

It may be an ad for Cadillac but their take on an  Edward Scissorhands sequel — starring Timothée Chalamet as Edgar Scissorhands, Edward’s son, and the ever-glorious Winona Ryder reprising her role as Kim from Tim Burton’s 1990 movie — will bring tears to the eyes of any fans of the original once that music kicks in.

The ad, which stars Ryder’s Kim as Edgar’s mother, hits all the right notes and that Edgar has inherited his father’s Scissorhands neatly sidesteps any undoubtedly awkward mentions of Johnny Depp, who played the titular character in the Burton classic.  The movie spoke to anyone who had ever felt like an outsider, struggling to fit into what was deemed normality, even though they themselves were made that little bit differently.

Here, the same sentiment is captured.

“This is the story of a boy with scissors for hands,” Ryder’s Kim says in voiceover. “No, not that one.”

Life is hard for the forlorn Edgar: He’s banned from the bus, he can’t play football (for obvious reasons), the simplest of daily tasks can be a challange and his boss at his food service job puts a stop to his budding creativity. But Kim steps in with a surprise.

“I grew up an enormous Tim Burton fan,” Chalamet told Vogue.  And while the projects I’ve been lucky enough to be a part of have often been grounded in realism, and grounded in this universe,  I’ve been increasingly—especially as I’ve gotten to know Tim over the past couple of months—drawn to fables and stories that get to the essence of who we are in fantastical fashion… [And] working with Winona was a total dream come true.”

You can watch the full ad below: