It is scientifically proven that art is good for health, whether you’re the creator or the observer. So lean out of the news feeds to enjoy a bounty of online artworks at destination museums

If there were a prize for Best Social Media Campaign in the Arts During Covid-19, LA’s Getty Museum would surely win gold for its #gettymuseumchallenge, which invited aesthetes to replicate famous artworks on Instagram and Twitter, among them many Girls with a Pearl Earring, Rousseau’s exotic The Dream and a domestically beautiful reenactment of Toulouse-Lautrec’s Le Lit (The Bed), below. So successful was the challenge, in fact, it has since been made into a coffee table book, to raise funds for the charity Artist Relief. As for the Getty Museum’s own collection, check out its plethora of online resources.

Visiting an A-list museum or gallery is a double-edged sword. While it’s clearly brilliant that so many people are actively interested in the arts, it also means the best-known works are routinely obscured by smartphone-toting rubberneckers, many of whom are only there to tick a sightseeing box and don’t actually know their Arp from their El Greco.

Hence visiting Amsterdam’s Rijksmuseum virtually means you can enjoy, essentially, a private viewing of the likes of Rembrandt’s The Night Watch and Hokusai’s Clear Weather with a Southerly Wind at your own pace. The museum was way ahead of the virtual gallery curve, which means there are many ways in which to explore its many gems, including by following its #Rijksmuseumfromhome YouTube series.

Our very own National Gallery has been offering online gallery tours for a good while but if you’ve not yet pounded the hallowed floors through the medium of digitisation, now’s the time. You can gad about the Dargan Wing, and raise a mead to Maclise’s theatrical The Marriage of Strongbow and Aoife as you move between the Grand Gallery and Shaw Room.

But for a more in-depth “visit”, take virtual tours  by room to learn about individual paintings, including Count Dunin-Markievicz’s genteel The Artist’s Wife, Constance, Comtesse de Markievicz (1868-1927), Irish Painter and Revolutionary (Shaw Room) which depicts her as a society belle, before she became radicalised, and Canaletto’s Saint Mark’s Square, Venice of 1885 (Room 45), to remind us what The Floating City looked like with tourists, albeit Victorian-era ones.

On February 17, New York City’s Whitney museum launched the exhibition Vida Americana: Mexican Muralists Remake American Art, 1925–1945. But, sadly, due to the lockdown, its doors were closed less than a month later. Fortunately, you can get the online skinny on featured works by Diego Rivera, José Clemente Orozco, David Alfaro Siqueiros and more, including American artists who became influenced by Mexico’s interest in native art and social activism, the show extended to January 2021.

The museum also has an excellent social media feed during the lockdown, via the hashtag #WhitneyFromHome, as well as an online collection of more than 25,000 American artworks from the 20th century onwards.

In “normal” life, Vienna’s Belvedere is a place so opulent that you really have to see it to believe it. It was once the summer playground of Prince Eugene of Savoy before his successor, Empress Maria Theresa, transformed the palace’s upper gallery into one of the world’s first ever public museums.

Until we can all travel freely again: make do with its substantial online collection and augmented reality option via the Artivive app. There are also videos spotlighting individual artworks at 3pm every day. 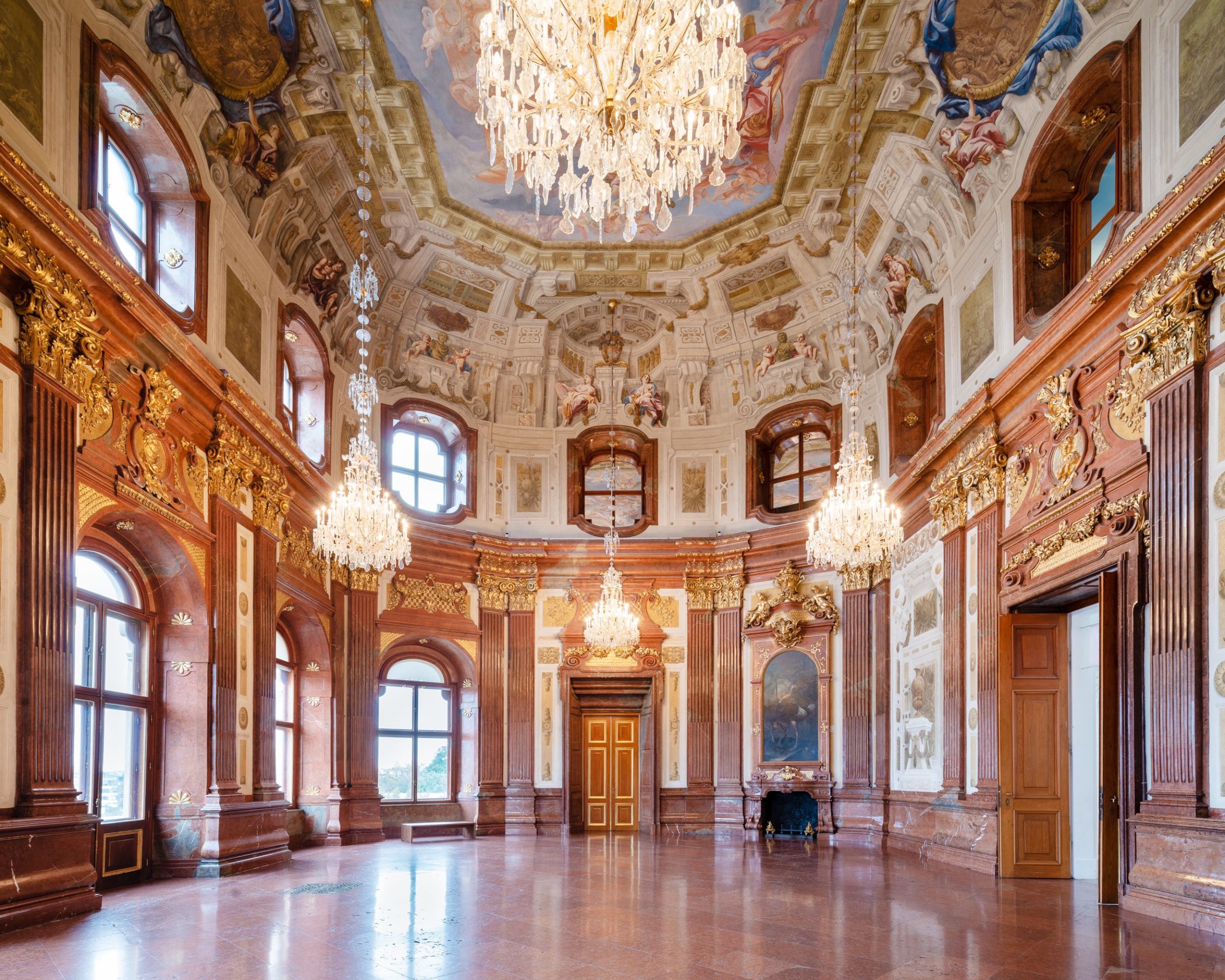 Responding to the corona crisis, France’s Ministry of Culture launched #culturecheznous, a campaign promoting the digital collections of arts institutions, from galleries to libraries to concert halls. In Paris, have the exquisite Musée des Arts Décoratifs (MAD) all to yourself in a virtual tour – click the three, top-right horizontal lines for a dropdown menu of rooms and galleries in which to wander, including a reconstruction of Jeanne Lanvin’s private apartment created by designer Armand-Albert Rateau, and whose furniture and delicious objets are here denoted by circles on which to click and read all about it.

Trinity announces its Science Gallery is to close in February